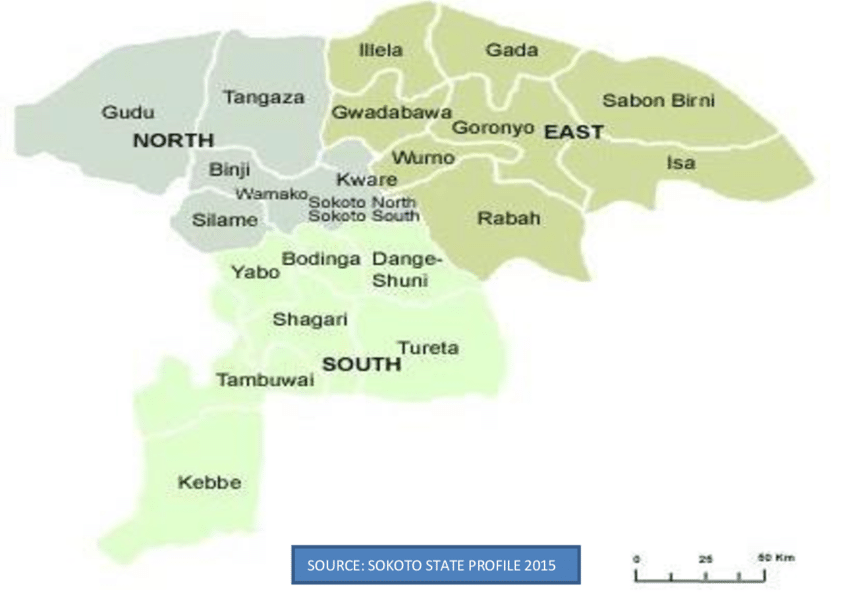 Over 50,000 residents of 17 communities in Sabon Birni Local Government Area of Sokoto State have relocated to Niger Republic over incessant bandits’ attacks.

This was disclosed by the member representing Sabon Birni North constituency at the Sokoto State House of Assembly, Aminu Almustapha Boza.

The lawmaker, however, alleged that he made several attempts to see Governor Aminu Waziri Tambuwal over their plight but to no avail.

“I have been trying to see the governor but he refused to grant me audience because he knows my reason of seeing him.

“Our people are being killed every day. So far, we counted over 50,000 of them taking refuge in Niger Republic. It took us two days to count them in the presence of Governor of Maradi and chairman of Gidan Runji.

“I am regretting joining politics. I know the kind of support we gave the governor during his re-election because he promised us security, development and others but look at it, my people are suffering and he cannot come or send a delegate or even relief materials to them.

“The last time he (Tambuwal) came to our area was after bandits massacred several people in Tarah area last year where he advised my constituents against taking arms to defend themselves,” he said in frustration of the situation that has made the Sokoto communities to relocate to Niger Republic.

However, Governor Tambuwal denied shunning the lawmaker, saying he has been contacting him over the security situation in his constituency.

Speaking through his media aide, Tambuwal recalled that he had facilitated a meeting between the Commissioner of Police, the Director DSS in the state and the lawmaker during which he was directed to contact any one of them in any distressed situation.

He added that the member was one of the two members invited for the last security meeting but only that of the Isa Constituency attended.

Tambuwal further explained that providing security is a prerogative of the president but despite that the state government would not shy away from its responsibility of ensuring the wellbeing and welfare of its people.

Tambuwal also said that he had called the lawmaker last Thursday before departing the state on an official trip.

But the lawmaker denied being invited to attend any security meeting, just as he admitted talking to the governor on phone last Thursday during which he asked him to call the Minister of Police Affairs, the Chairman Senate Committee on Defence, Senator Aliyu Wamakko, Senator Ibrahim Gobir and the Chief of Army Staff over the security situation in his area, to which he responded that he was not the “Chief Security officer” of the state.

“That was the only time he called me and those were what he told me to do,” he alleged.

Boza described the condition of the refugees from the Sokoto communities who relocated to Niger Republic as pathetic because they were staying in an open place with no toilets, food or drugs.

“They are living under the rain and sun, with nothing from the local and state governments. I bought some bags of garrin rogo, rice and mosquito nets with some drugs for them and I will buy more today. My fear is what will happen if there is any outbreak in the camp,” he said.

He noted that over 300 people lost their lives to banditry in Sabon Birni Local Government Area between 2020 and now.

On why he was blaming Governor Tambuwal while he has no control over security operatives, he said that the governor is the Chief Security Officer of his state.

“We have seen what Governor Zulum is doing in Borno State to bring peace to his people. Today, you will see him at the villa, tomorrow either with Chief of Army Staff or Chief of Air Staff or even at the refugee camp and his efforts are paying because Boko Haram members are voluntarily surrendering themselves to the Army.

“Another example is what his friend and our neighbour, the governor of Zamfara State, is doing to restore peace in the state.

“This is what we want to see from Governor Tambuwal – going to places where he knows we can get help, especially now that the Chief of Army Staff is from Sokoto. He should visit him and solicit for his support because there is no way the federal government can come in without the cooperation of the state government,” he said.

On whether he would resign from his position because of the situation, he said “I had wanted to resign since but I was prevailed upon by some prominent people in Sokoto, including Islamic scholars.”

He dismissed the accusation that security issue was being politicized in Sabon Birni.

When contacted, the Chairman of Sabon Birni, Alhaji Umaru Danyaro Unguwan Lalle, said he would not grant any interview on the matter because they were still collating data of the affected communities that have reolcated from Sokoto to Niger Republic.

“I don’t want to give wrong figures as other people used to do. I have to be sure of what I reveal to the press,” he said.

However, the state Commissioner for Career and Security Matters, retired Colonel Garba Moyi, denied that the state government was not doing anything to ameliorate the plight of Sabon Birni residents.

He said that the government has continued to provide financial and logistic support to security agencies in the state.

According to Moyi, unless there were adequate security operatives in the area and they were allowed to operate freely, the problem would continue to linger.

“We learnt that the current General Officer Commanding 8 Division has directed his men not to respond to distress calls and not to operate at night. This directive must be withdrawn by the GOC,” he said.

Moyi enjoined the people of Sabon Birni to always report informants in their midst and to stop politicizing security issue, a development that worsened following the relocaiton of several communities from Sokoto to Niger Republic.

He also urged them to stop going after bandits after any attack on their community to avoid ambush.

In an earlier interview, the spokesman of the 8 Division of the Nigeria Army, Major Adamu Yahaya Ngulde, dismissed the allegations, saying the army always responds to distress calls as directed by the General Officer Commanding the division.

“The GOC had directed the army to respond to any distress call and to ensure timely rescue of kidnapped victims but in doing so, they should be cautious of ambush.

“Just two weeks ago, the Garrison Commander led a clearance operation along that axis,” he said.

On the alleged withdrawal of troop deployed to the area, he said there was nothing like that. “In fact, the current Chief of Army Staff has injected more troops to deal with banditry in the region,” he said.
Source: Daily Trust