It was gathered that they escaped assassination attempt while on his way to Abuja earlier today.

This was revealed to AMILOADED in a statement on the official Facebook page of the Osun Federal Lawmaker which was released by his media office.

“The lawmaker who with his wife; Mrs. Abimbola Afolabi left Ikirun (his hometown) this morning after a successful APC State Congress at the weekend, was to be dropped by his drivers at Akure Airport to connect Abuja flight while drivers continue the journey on the road to Abuja.

“The two cars (Ford SUV and Ford Hilux) was however attacked along Akure-Kogi road with direct bullets to Asoju Rere side of the seat on both cars. The cars were shot on the front tyres, windscreen, rear seat and to the fuse boxes which cause the vehicles not to start again. But to the glory of God, Hon. Olalekan Afolabi and his wife escaped unhurt.

“According to one of the drivers, he said an Honda CRV Green Colour has been trailing Asoju Rere from Osun early this morning but he didn’t put any negative meaning to it before they attacked the 2 vehicles after Akure. Hon. Afolabi thanked almighty Allah for His miraculous protection over him and his wife. He assured his constituents of his unwavering commitment to serve them even more.” 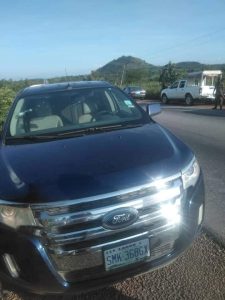 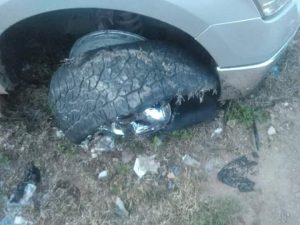 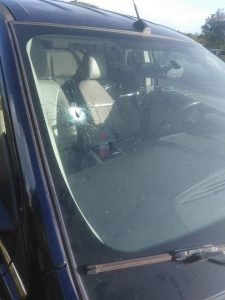 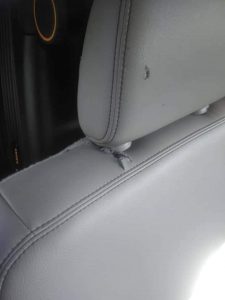 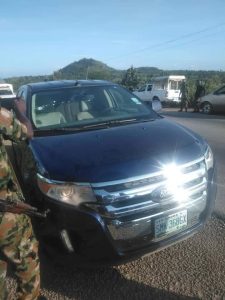