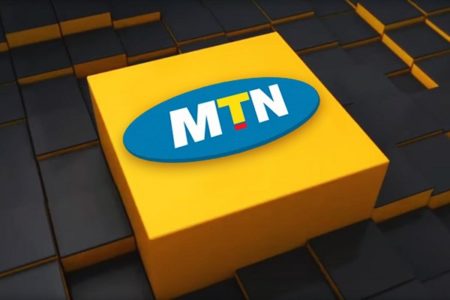 Telecoms giant, MTN Nigeria, has fingered insiders for the alleged sabotage of its network outage which its customers experienced in many parts of the country at the weekend.

A source close to the telecoms company said though the real cause of the outage was still being investigated, the outage was really not expected because the company had continuously invested in network upgrades.

Industry sources had blamed either internal sabotage or obsolete equipment for the outage that had a significant impact on end user experience on the network.

But the source said the company had invested billions of naira on network legacy equipment swap for 10 years.

“MTN Nigeria is the largest telecom operator in the country. The company has invested billions of naira on the swapping of its legacy network equipment. This it did over a 10-year period. So, to insinuate that the equipment of such a big player on the continent was obsolete because they were not swapped or replaced is completely unimaginable.

“MTN believes in spending money to make money because the end user experience for the customer is paramount. Go and check the records. Since it started operation in Nigeria, it has paid N2.29 trillion in taxes and levies to the Federal Government and another N2.81 trillion in capital investment.

“Though a big tech like Facebook, Instagram and WhatsApp went down for about six hours last week, despite its enormous financial war chest to underscore the fact that technology could also experience technical glitches, the service outage at MTN on Saturday was a shock because everything was in place.”

“So, while investigation is still ongoing, internal sabotage is suspected to have taken place,” the source said.

MTN Nigeria had apologised to its customers over service disruptions in some parts of the country on Saturday.

Some MTN customers lost signals on their phones in some parts of the country.

They were unable to either make or receive calls. Short Messaging Service (SMS) or text message was equally impacted, as well as data services.

Many of those affected had “Emergency Calls Only” displayed on the screens of their phones.

MTN later sent out a terse apologetic message that read: “Some of our customers are having difficulty connecting to the network today. We’re looking into this and are truly sorry for any inconvenience caused.”

It subsequently followed up with another one: “Dear Customers, we apologise for any inconvenience this has caused.”

No explanation was given for the outage but the service provider had assured of an early fix.

Contacted, the Nigerian Communications Commission (NCC) said it was unaware of the service disruption.

NCC Director of Public Affairs, Dr. Ikechukwu Adinde, said he was not aware when he spoke through an MTN number with our reporter.

Some affected customers had taken to their Twitter handle to ask questions and demand answers.

@kessyl tweeted: “MTN network completely off in Abuja… What is happening please?”

@AjibolaJibsin asked: “Can anyone explain what is wrong with #MTN network?”

@iamjudin1911 wrote: “Is this world coming to an end? I can’t make calls with MTN at the moment… Better confess your sins before it’s too late.”

A cross section of users, especially in the Southeast, had blamed the outage on the Nigerian Army, which launched Operation Golden Dawn to restore peace in the region.

A June disputed report had warned that its services could be disrupted as a result of rising insecurity in different parts of the country.

“Sadly, we must inform you that with the rising insecurity in different parts of Nigeria, service delivery to your organisation may be impacted in the coming days. This means that in some cases, our technical support team may not be able to get to your site and achieve optimum turnaround time in fault management as quickly as possible,” MTN wrote in a message to customers seen by Reuters.

Nigeria is MTN’s most lucrative market out of the 22 countries the company operates in across Africa, Asia and the Middle East, but it is also one of the most problematic.