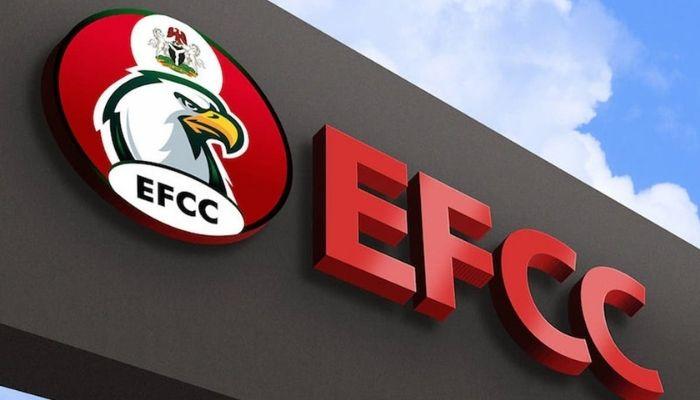 In a bid to rid Nigeria of money laundering and other crimes, anti-graft agencies have allegedly placed over 100 Nigerians with fat bank accounts of N1billion and above under close scrutiny, Businessday can authoritatively report.

Top on the list of persons involved are serving and retired senior military officers, chief executives of public and private organizations, key government officials, politicians and businessmen with no tangible sources of income.

The investigation is being coordinated by the Intelligence Unit in the office of the chairman of the Economic and Financial Crimes Commission (EFCC), Abdulrasheed Bawa with support from sister government agencies and the Central Bank of Nigeria (CBN).

The Unit is modelled after the dreaded Inspector-General of Police, IGP Intelligence Response Team (IGP-IRT). But unlike the police IRT that relies on information from the public, the EFCC Chairman’s Intelligence Unit generates its own intelligence and goes after the culprits.

A few weeks ago, it was gathered, the EFCC wrote to all the banks in Nigeria directing them to furnish the commission with account details of persons with N1billion (or its equivalent) and above that have not withdrawn any kobo from their accounts in the last one year. The banks were said to have complied by furnishing the commission with more than 100 names.

In the thinking of the commission, it was unimaginable that an individual would have 1billion Naira or its equivalent in a bank without touching it for a whole year

“It looks very unusual for someone to have N1billion or more in his/her bank account and would not touch it for more than a year”, a source told Businessday

“When we got the details, we started discreet investigations of the sources of the funds and that was how we got to know that most of the accounts belong to retired and serving senior military officers, especially generals, politicians and other highly placed Nigerians.

“So far, we are investigating over 100 persons that have not touched their accounts in the last one year.

“Surprising, in some of the accounts, you would see the money paid in, without a clear indication of the purpose of the payment or the work the beneficiary did to earn such huge amount. And we are talking about billions of Naira”, the source further stated.

“Since I came on board, we have embarked on the restructuring of the agency, one of the key things I succeeded in doing is the creation of the department of intelligence, this is based on our resolve to Nigerians that going forward, our investigation is going to be intelligence-based”, the chairman said recently in Abuja.

Also recovered are 30 real estate, 13 electronics, one farmland, one factory, two motorcycles, one filling station and about 32 automobiles. It has filed 367 cases with about 800 other corruption and cybercrime cases soon to be filed in court.

While some of the recoveries are federal government money, others belong to individuals and organizations. The EFCC’s Department of Asset Forfeiture and Recovery Management is responsible for collating all the data regarding recovered assets, assets on interest forfeiture and assets on final forfeiture as well as their location and management.
Recently, the Commission disclosed that it had discovered new money laundering techniques by criminals to cover ill-gotten funds through the purchase of cars, pieces of jewellery and real estate development.

According to Bawa, the commission is working to strengthen its Special Control Unit against Money Laundering (SCUML) in the belief that checkmating the activities of non-designated financial institutions would reduce such crimes in the country.

“If we can checkmate the problems associated with real estate laundering of proceeds of crimes in this country will reduce.

“It is on that thinking that we are working on strengthening on this special control unit against money laundering.

“We are working with the two houses of the National Assembly to strengthen the legal framework of this special control unit against money laundering.”

“Since I came on board, we have embarked on the restructuring of the agency, one of the key things I succeeded in doing is the creation of the department of intelligence. This is based on our resolve to Nigerians that going forward, our investigation is going to be intelligence-based.

“All the known politically exposed cases that you are aware of that are in court are still in court and we are vigorously and intelligently going to sustain their prosecution” the chairman stated.
Reacting to the development, a forensic audit expert, Vin Nehikhare advised banks to be wary of those that open accounts with them. He expressed concern over the way terrorism and other crimes are going on across the country without a trace of the sponsors

“Banks should go beyond the principle of Know Your Customer (KYC) to know the sort of business the customer does for a living before opening an account for them because some customers will open an account within a short time fund from nowhere would flood into the account. That is uncalled for.

“Even kidnappers operate bank accounts. Sometimes they direct their victims’ relations to pay money into certain bank accounts. Kidnapping is thriving as a business because of these lapses in our financial system”, he stated

He urged the EFCC and other anti-graft agencies to hold banks liable for fraud in financial deposits where there are established cases of complicity.

And as part of efforts to check the role of bankers in keeping funds acquired illegitimately, the commission in March this year asked bank employees to declare their assets.