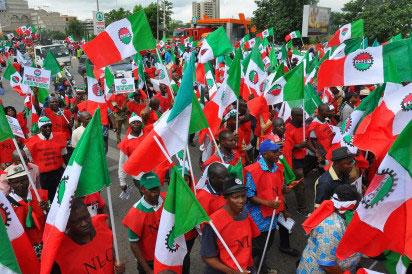 Organised Labour in the Food and Beverage sector has raised the alarm over plans by the Federal Government to impose excise duty on non-alcoholic drinks, warning that such tax will cripple the sector.

Under the aegis of Food, Beverage and Tobacco Senior Staff Association, FOTOB, Labour decried excessive taxation of the industry, contending that should the government go ahead with the imposition of the excise duty, the sector could collapse.

Oyibo argued that the justification by the National Assembly, the Customs, and the Finance Ministry that manufacturers of non-alcoholic drinks were making excessive profits was not enough to subject them to another tax burden that could cripple them.

He equally said the argument that there was a 30 per cent excise duty on alcoholic drinks should not be a yardstick for the federal government to tax the non-alcoholic drinks, saying “if government goes ahead to introduce exercise duty on soft drinks, the country will be in a total mess and outright collapse of the sector.

“The 30 per cent excise duty on alcoholic drinks is not enough justification to subject companies that are struggling to survive to another financial burden. If this country needs to survive, Food, Beverage and Tobacco Sector must be taken care of. The federal government must engage all stakeholders constructively to arrive at a more beneficial conclusion to save the already struggling companies in the sector that are only surviving on a small profit margin.”

On backward integration, he insisted that while it was a good plan capable of stimulating economic development, especially in the manufacturing sector, he however said the plan might not work due the high rate of insecurity in the country.

According to him, ”There is need for a national dialogue. The major concern being raised by the players in our industry is the fact that they have not often been engaged and even where such consultation exists, it is shallow without any depth. Consultation on issues of backward integration should be robust and all-encompassing.”

Speaking on supply chain as part of the industry’s challenges, he referred to the Apapa Sea Port as being too congested, urging the government to declare a state of emergency.

Oynbo said “It should be reconstructed, decongested and decentralised because it is causing pains. Federal government should open more seaports because the seaport in Lagos is congested. The time it takes to clear goods is affecting the price of products because these owners spend more to pay demurrage which they add to the products, and in turn affect the price of products in the market.

“During the lockdown, the laxity in the supply chain, which is critical to economic recovery in Nigeria, became evident, and from that time, several attempts made to put these in the right direction have not yielded desired result. Failure to address this may lead to a crash of the economy.

“Unfortunately, the body language of government agencies saddled with the responsibility to contain this challenge has been extremely poor. Movement of finished products and raw materials is daily distressed and disrupted.”

He also decried the influx of expatriates in Nigerian food companies, described it as disheartening and unacceptable.

According to him, “We are seriously disturbed by the increase in the number of expatriates that have flooded the companies in our industry. This is disheartening and unacceptable to us.

“This attitude alone has led to continuous taking over of jobs that are exclusive rights of indigenous workers. Although, we have tackled the menace headlong in the past and I am using this medium to state that we will continue the struggle to save our jobs.”