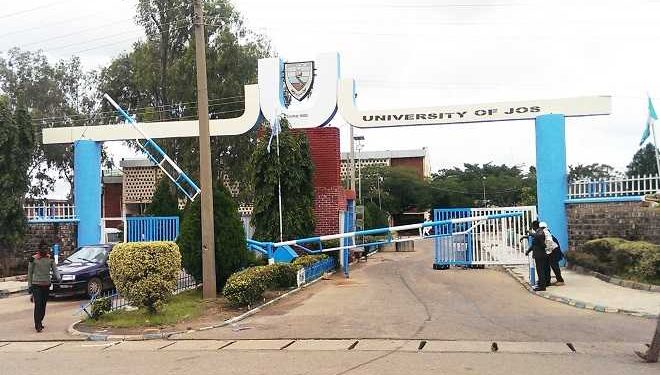 The University of Jos (UNIJOS) chapter of the Academic Staff Union of Universities (ASUU) has said the lives of students and lecturers in the university are no longer safe.

The union cried out following the killing and attacks on the people and property across the state.

It confirmed that three students of the university were recently killed, while two others are in currently on admission in a hospital.

A statement by ASUU chapter chairman, Dr. Lazarus Maigoro, said the families of lecturers and students have suffered a lot due to the attacks on lecturers, students and property within the university community and its environs.

Maigoro said: “…The university is a citadel of learning where every category of individual works, regardless of ethnic and religious affiliations. As a result, whenever there is any security breach in town, this citadel of learning should not, by any means, be affected.

“But sadly, as soon as a crisis situation erupts in any part of the town, the university students and workers suddenly become targets for assassination and butchery by residents of the immediate environment.

“For whatever intent and purpose, some of the immediate environments to the university have become so hostile to the university community that students and workers are targeted and killed rather than protected from hoodlums.

“It is rather unfortunate to note that some of these attacks on the university community are coming from residents of encroached university lands, operators of Keke NAPEP (tricycles) and others who besiege the university arena to sell their goods patronised by the same workers and students as their means of economic livelihood but turn back and kill them at the lightest opportunity.

“As I speak now, I can say authoritatively that three students have lost their lives, two more are on admission at the Bingham University Teaching Hospital due to injuries sustained when they were attacked. There is no guarantee that we may not be confronted with more statistics as the days roll by.”

Also, the member representing Jos South/Jos East Federal Constituency in the House of Representatives, Dachung Musa Bagos, has said the interception of arms in Nasarawa State from a herder on his way to Jos showed that terror herdsmen had declared war on the people of Plateau State.

In a statement on Sunday in Jos, Bagos, who is the Deputy Chairman of the House Committee on Corruption, said: “The interception and arrest of Likita Abubakar, a Fulani man in Akwanga, on Saturday, August 21, 2021 by the Join Task Force of Police and Federal Road Safety Commission (FRSC) in Nasarawa State while transporting ammunitions to Jos, Plateau State, is a clear evidence that war has been declared by terror herdsmen against the good people of Plateau…”

Also, the Ogun and Kwara state governments have evacuated their indigenes schooling in UniJos.

Ogun State started its evacuation on Sunday, according to the Special Assistant to the Governor on Students’ Affairs, Azeez Adeyemi.

Adeyemi told reporters in Abeokuta, the state capital, that Governor Dapo Abiodun gave the directive for the evacuation of UniJos students from Ogun State and provided five buses and security escorts to ensure the safe return of the stranded students.

The Kwara State government, in a statement by the President of the National Association of Kwara State Students (NAKSS), Muftau Shittu, was responding to a request from the students’ body.

The statement reads: “In lieu of the ugly incident in Jos, the leadership of the NAKSS national headquarters sought the support of the Kwara State government to assist with vehicles and convey Kwara indigenes schooling in Jos back home, which was given quick attention in safeguarding lives and property of the students.

“As at the time of writing this report, the students were on their way to Kwara State. The leadership of NAKSS national headquarters, however, implore Plateau State Governor Simon Lalong and relevant security agencies in Nigeria to restore peace and unity in the state to further assist students and other residents of the city to continue with their normal businesses.”