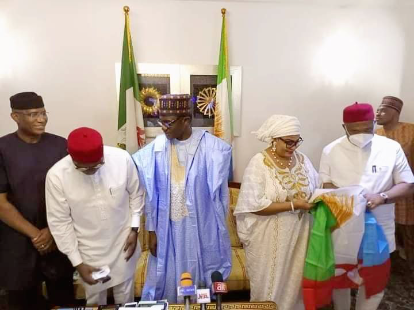 Stella, who is currently the Senator for Anambra North, was part of President Goodluck Jonathan’s cabinet.

Oduah who has been running from pillar to posts over her monumental fraud case with EFCC seemed to have found temporary succour by joining the ruling party hoping that the heat from the anti-graft body will recede.

The lawmaker defected on Thursday at a brief ceremony the APC held in Abuja to admit her into the ruling party.

The Anambra APC governorship candidate, Senator Andy Uba was present.uni congratulated Oduah for joining the APC and assured her of equal rights with existing members