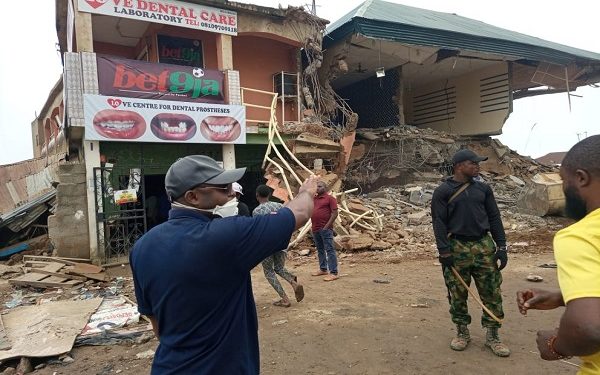 Residents of Mpape, especially traders were thrown into confusion in the early hours of Wednesday when the Federal Capital Territory Administration (FCTA) commenced demolition of buildings.

Buildings along the roadsides majorly owned by traders and artisans were demolished.

Many of the traders were seen salvaging what they could as the bulldozers pulled down the buildings.

Government had given Mpape residents several notices to quit the roadsides and buildings.

Findings revealed over 500 buildings will be demolished to pave way for proper dualisation of the major road.

A source also told our correspondent that most of the and abandoned buildings in the area have been converted to save a haven for criminals in the nation’s capital.

The demolition team is led by the Chairman, FCT Ministerial Taskforce on City Sanitation, Comrade Ikharo Attah with heavy presence of security operatives.