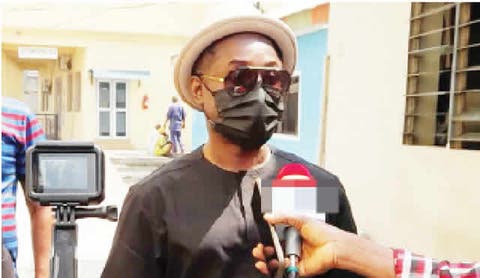 A club owner, Bruno Owede, who was arrested by men of the Lagos State Police Command for allegedly opening his facility to fun seekers in violation of safety protocols, has been ordered by an Ebute Meta Magistrates’ Court to undergo a mandatory COVID-19 test.

Bruno was given a week to provide the result of the test.

Policemen led by the state Commissioner of Police, Hakeem Odumosu, had arrested 143 clubbers and alleged strippers at Club Victoria’s on Ajose Adeogun Street, Victoria Island area of the state on Saturday.

Bruno, the club patrons and strippers were said to have violated COVID-19 protocols in the state.

The state Police Public Relations Officer, Muyiwa Adejobi, said in a statement on Wednesday that 34 cars were impounded at the club, adding that Bruno was charged in accordance with the provisions of the Criminal Law of Lagos State.

“The state Commissioner of Police, Hakeem Odumosu, had led a team of policemen to raid some clubs on January 9, 2021, around 1.30am, including Club Victoria’s, where 143 clubbers and strippers were arrested and 34 cars impounded. The suspects were immediately charged on the same day.

“The CP has ordered the arrest of club owners, who encourage fun seekers and clubbers to patronise them despite the spike in the recorded cases of the pandemic and preventive protocols put in place in Lagos State.

“The suspect was charged before the Ebute Meta Magistrates’ Court on Wednesday, January 13, 2021, on four counts according to the provisions of the Criminal Law of Lagos State.

“His bail conditions are N2m with two sureties in like sum, one of the sureties must be related to him by blood and they must have landed property with Certificate of Occupancy and two years’ tax payment. He must also provide COVID-19 result within seven days. The case is ongoing.”

Adejobi stated that Odumosu reiterated the command’s readiness to go after violators of COVID-19 protocols, including recalcitrant club owners.

Alex Enumah in Abuja Chairman of the now disbanded Special Presidential Investigation Panel for the Recovery of Public Property (SPIP), Mr Okoi Obono-Obla, was on Friday arraigned alongside two others before a High Court of the Federal Capital Territory (FCT) in Apo, Abuja over allegations END_OF_DOCUMENT_TOKEN_TO_BE_REPLACED

Gov. Seyi Makinde of Oyo State has asked the new Commissioner of Police in Oyo, CP Ngozi Onadeko, to arrest and treat those igniting ethnic tension in the state as criminals. Makinde said this on Friday when Onadeko paid him a courtesy visit at the END_OF_DOCUMENT_TOKEN_TO_BE_REPLACED

Members of the Islamic Movement in Nigeria (IMN), Shiites, have asked the Federal Government to immediately release, Sheikh Ibrahim El-Zakzaky from detention custody, after his wife, Zeenah, has tested positive to coronavirus. The Islamic group said that IMN is deeply worried that even six days END_OF_DOCUMENT_TOKEN_TO_BE_REPLACED