On Tuesday, the Speaker of the House of Representatives, Femi Gbajabiamila, introduced the Quarantine bill, which seeks to repeal the old act enacted in 1926 and enact the control for infectious Disease bill.

The bill was read on Tuesday for the first reading and the rules were suspended for it to be taken through second and subsequently given expedited passage.

However, the bill stalled because members had no copy of the bill and the Speaker decided to suspend the consideration until Tuesda,y 5th of May. In fact, the bill was listed on the Order paper for the committee of the whole consideration.

But fact has now emerged that the bill by Gbajabiamila is a plagiarized work from the Singapore’s Infectious Disease Act of 1977.

Taking another look at the copy of the bill shared to journalists by the Spokesperson of the Speaker, Lanre Lasisi, the similarities are glaring.

The major difference in the two bill is part two of the bill, where the old act which gives the president powers to declare public health emergency was carefully placed as section part 3. Besides this, the rest of the bill was more or less word for word adaptation of the Singapore’s act.

The 9th National Assembly is becoming notorious with copying legislations from other countries. First, was the social media bill sponsored by Sani Musa and now this infectious disease act.

The new bill as proposed gives enormous powers to the Director-General of the Nigeria Centre for Disease Control.

Mr. Lasisi did not respond to test messages and calls placed to his cell phone on the bill. 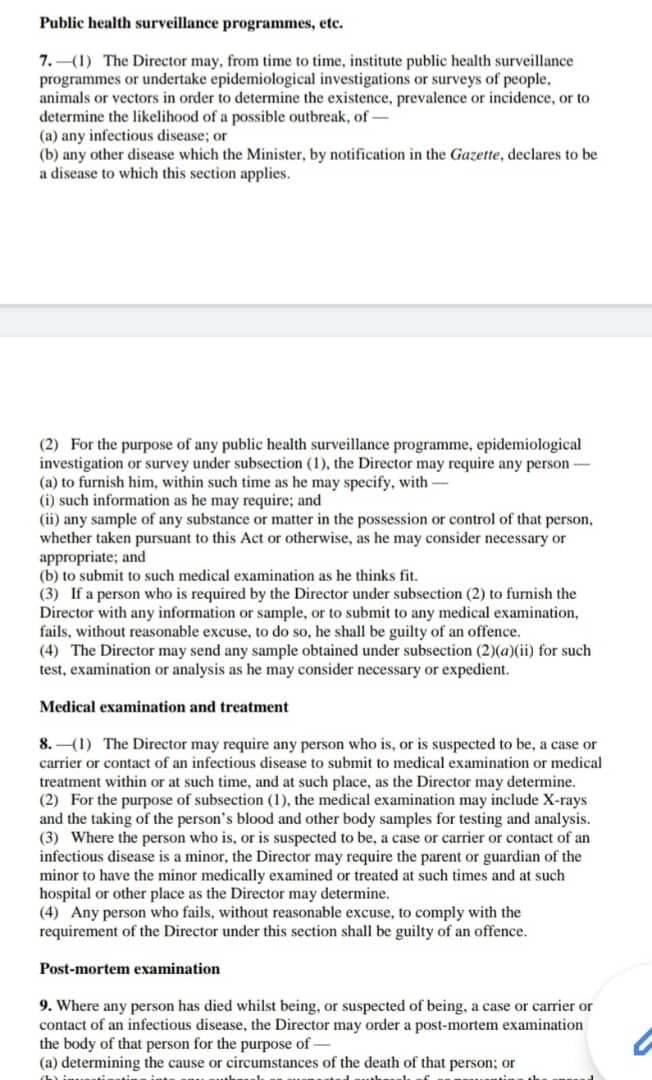 The All Progressives Congress (APC) in Ward 7, has ratified the expulsion of Mr Elvis Ayomanor, the deputy chairman of the Delta State chapter of the party over alleged anti-party activities arising from his alleged role in the court action instituted against the legitimacy of END_OF_DOCUMENT_TOKEN_TO_BE_REPLACED

Adewale Daniel Jayeoba has been declared wanted by the Economic and Financial Crimes Commission (EFCC) over an alleged investment scam. The EFCC said Jayeoba, a native of Ori-Ade Local Government in Osun State, used to live at Suit 1004, Providence Centre, MKO Abiola Way, by END_OF_DOCUMENT_TOKEN_TO_BE_REPLACED

A casual sex affair ended on a sour note and the police have been brought in. It was meant to be a one-night stand with a man she had met through a ‘hook-up’ app, but Angel (not real name) ended up spending eight days with END_OF_DOCUMENT_TOKEN_TO_BE_REPLACED

GBEMISOLA AJIBOYE Salihu Lukman, director-general of the Progressive Governors Forum (PGF), has explained why some All Progressives Congress (APC) members are against the defection of Femi Fani-Kayode. On Thursday, the former minister of aviation dumped the Peoples Democratic Party (PDP) for the APC and was presented to END_OF_DOCUMENT_TOKEN_TO_BE_REPLACED