The Presidential Task Force on COVID-19   has directed government offices, banks and manufacturing companies to reopen on Monday.

The Chairman of the PTF, Boss Mustapha, and the Coordinator , Dr Sani  Aliyu, stated this at the media briefing of the group on Wednesday in  Abuja, where they gave guidelines for the gradual reopening of the economy.

According to them, banks will start operating as from Monday, but will only open from 8am to 2pm   and must adhere to social distancing measures.

They also stated that people in public places must use face masks, adding that schools would remain closed and social parties should not be held.

The PTF members disclosed that public buses would only be allowed to operate from  6am to 6pm and that  drivers must maintain social distancing  in terms of number of their passengers.

They said employers  must provide face masks and thermometers besides maintaining social distancing  in their premises.

Government offices  and many business premises had been shut since last month when the President, Major General Muhammadu Buhari (retd.) announced measures to  stop the spread of  coronavirus.

But  the task force Chairman, Mustapha, on Wednesday  said that the reopening of the economy did not mean an end to COVID-19 pandemic.

He urged  state governments and security agencies  to ensure that the measures  introduced by the Federal Government were strictly enforced.

Mustapha said, “In line with Mr. President’s directive in paragraphs 38-41 of his broadcast (on Monday), the PTF has developed sector specific guidelines. The gradual reopening of the economy will span a total of six weeks broken into three tranches of two weeks each. 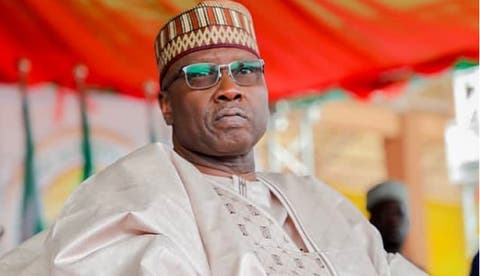 “This phased strategy is designed to reduce the pains of socio-economic disruptions while strengthening our public health response, which would ultimately reduce the recovery of our economy and provide succour for the poor and vulnerable.”

Business premises must be fumigated

According to him, as the economy reopens gradually, public and private organisations   are mandated to ensure  fumigation and decontamination of their premises.

He added that in all private and public establishments,  there must be use of face masks; provision of thermometers for temperature checks and consideration must be given to persons living with disabilities while making all the arrangements

Mass gathering  of over 20 people outside workplace prohibited

Mustapha said, “A mass gathering of more than 20 people outside of a workplace is strictly prohibited and  controlled access to neighbourhood markets and locations of economic activities will be enforced.

“Mandatory temperature checks will be conducted in public places; social distancing of two metres will be maintained between people in workplaces and other public places; all passenger flights remain under ban; and there will be  mandatory supervised isolation of persons arriving from outside the country for at least 14 days.”

The National Coordinator of the PTF,  Dr Sani Aliyu,  gave more insight into the guidelines.

He stated, “For government offices, government staff will be allowed to resume from the 4th  of May, but it will be based on specific grade levels and specific days so that we can reduce the amount of congestion that we might have in our government offices and we will be discussing further with state governments to make sure that we have a common approach to this.

“Banks will be allowed to open but there will be a restriction in the opening hours to between 8am to 2pm and together with all the other preventive measures,” such as temperature check and maintaining of social distance.

Although the task force had said it did not stop banks from opening, many of them had shut their doors since the lockdown began.

Speaking on other aspects of the guidelines, Aliyu  said, “From the point of agriculture and rural development, companies involved in food processing can commence operation.

“In construction sites, the critical roads  (work) will be allowed but waivers will be provided by state governments to enable movement.

Manufacturing firms, others to adopt shifting

“For the manufacturing and pharmaceutical industries, we will encourage shift work and limiting staff to only 30 to 50 per cent to maintain social distancing and pharmacy shops may remain open overnight.”

He said, “Restaurants will not open to the public, but will be allowed to engage in home delivery. Schools will remain closed till further evaluation. Schools are encouraged to continue with e-learning and virtual teaching.

“Social activities such as the use of recreational parks, communal sports , concerts, social parties and movie theatres will be suspended until further review.”

Public transport to operate from  6am to 6pm

The PTF Chairman, Mustapha, in his speech, admitted that it was true that some categories of contributory pensioners had not been paid since January. He  give reasons for the gap.

He said, “Accrued right of the pensioners is to be paid by the FG and it is being processed to be paid to PENCOM. We are in the process of transition as far as pension is concerned. There are people that retired in January 2019 that came with their accrued rights from the old pension scheme that will be merged with the new scheme. That is being processed at the moment.”

He also explained the purposes of the two stimulus packages released by the Central Bank of Nigeria, which came in two batches of N100bn and N50bn.

He added, “There is a package of N100bn which is majorly for hospitals and pharmaceutical companies. They are the ones government is trying to ensure that after COVID-19, they would be adequately prepared to deal with future needs.

“The second stimulus of N50bn is for activities such as agricultural value chain, hospitality, accommodation and food services. There is also help for medical and pharmaceutical supplies, manufacturing, trading and any other income generating activities.

The Northern Elders Forum says the north is a rich region and can survive on its resources without the “billions” accruing to Southern states. NEF Director of Publicity and Advocacy, Dr. Hakeem Baba-Ahmed, made this known on Tuesday when he featured on Arise TV’s ‘The END_OF_DOCUMENT_TOKEN_TO_BE_REPLACED

By Dirisu Yakubu Ahead of the 2023 general elections prominent Nigerians have established a third force, Rescue Nigeria Project, RNP, to give Nigerians alternative platform to the All Progressives Congress, APC and the Peoples Democratic Party, PDP. Founders of RNP include former governor of Kwara END_OF_DOCUMENT_TOKEN_TO_BE_REPLACED