The Police in Kaduna have arrested an activist and atheist leader, Mubarak Bala, for blasphemy on his Facebook page.

POLITICS NIGERIA reports that blasphemy is a crime that carries a death sentence under sharia law.

This newspaper learned that two policemen stormed his residence in Kaduna on Monday and arrested him. The President of Humanist Association of Nigeria is being detained at the Gbabasawa Police Station in Kaduna.

The call for Bala’s arrest was made known in a petition submitted by some lawyers in Kano State to the Commissioner of Police to prosecute him for insulting Prophet Muhammad on his Facebook page. 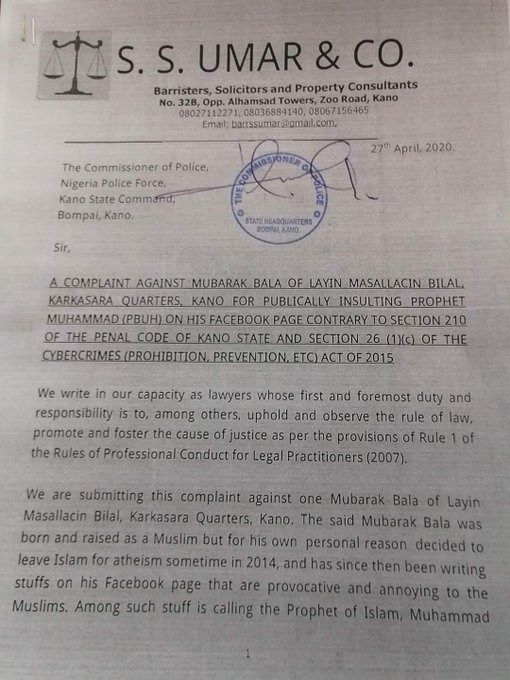 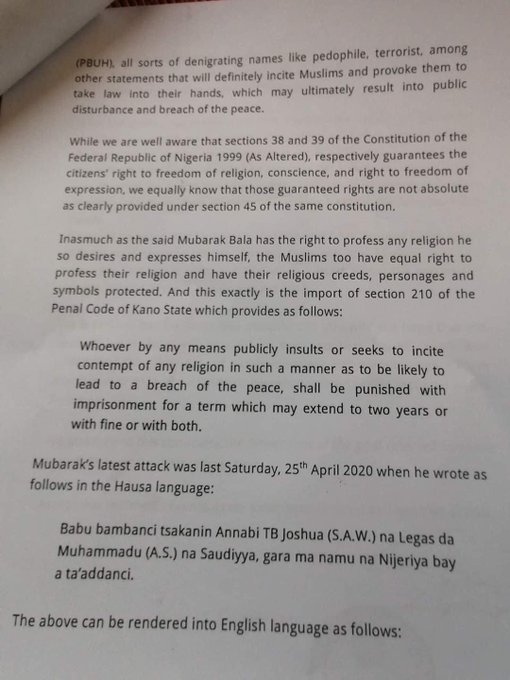 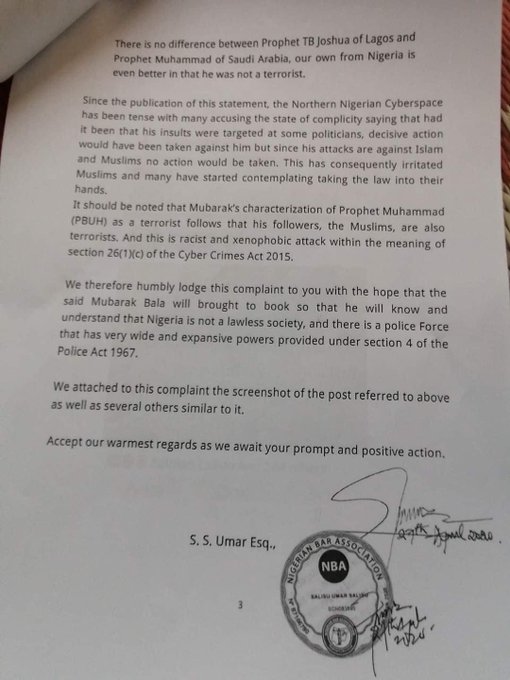 60 people are talking about this

The lawyers said Bala was born and raised as a Muslim but for his own personal reason, he converted to atheism in 2014. They said since his conversion, he has been writing articles that are provocative and annoying to Muslims.

However, a member of the Bala’s group has called on the Inspector-General of Police, Mohammed Adamu and Governor Nasir Elrufai of Kaduna State to ensure their leader’s immediate release.

The Northern Elders Forum says the north is a rich region and can survive on its resources without the “billions” accruing to Southern states. NEF Director of Publicity and Advocacy, Dr. Hakeem Baba-Ahmed, made this known on Tuesday when he featured on Arise TV’s ‘The END_OF_DOCUMENT_TOKEN_TO_BE_REPLACED

By Dirisu Yakubu Ahead of the 2023 general elections prominent Nigerians have established a third force, Rescue Nigeria Project, RNP, to give Nigerians alternative platform to the All Progressives Congress, APC and the Peoples Democratic Party, PDP. Founders of RNP include former governor of Kwara END_OF_DOCUMENT_TOKEN_TO_BE_REPLACED