National Leader of the All Progressives Congress, Asiwaju Ahmed Tinubu on Saturday, had his sample and those of his close aides taken by officials of the Nigeria Centre for Disease Control, to test for COVID-19, as a precautionary measure.

Samples were also taken from the remains of his late Chief Security Officer, Alhaji Lateef Raheem, by NCDC officials to test for the virus.

Raheem, who died of complications arising from diabetes and high blood pressure in Lagos, on Friday, was buried the same day in accordance with Muslim burial rites.

TheCable had earlier reported that samples were from Tinubu and his personal aides and that the results were being expected on Monday.

When contacted by one of our correspondents, Tinubu’s Media Adviser, Tunde Rahman, confirmed the development.

Rahman said the action was however not an indication that the late CSO died from COVID-19 related sickness.

He told Sunday PUNCH, “It was just a precaution; just to be on the safer side. It has not been established whatsoever that our Chief Security Officer, Alhaji Lateef Raheem, died from COVID-19. He was battling against diabetes and high blood pressure.

“We think he may have died from complications arising from this medical condition. But we are not the experts in this aspect. Thankfully, before he was buried, samples were taken from his body for COVID-19 test.

“This is the way it should be. No one should take chances with this pandemic. Coronavirus is real. And it is not a death sentence.”

Earlier on Saturday, Tinubu in a tribute to his late Chief Security Officer, titled: “Lateef Raheem-My Extraordinary Aide,” described the late CSO as a good and decent man. 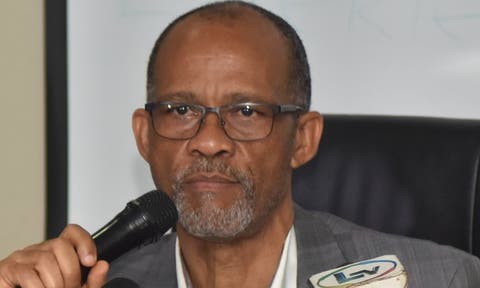 He said, “A good and decent man has gone.  My Chief Security Officer, Alhaji Lateef Raheem, has passed and his death cuts severely.

“Lateef reported for work on Monday. Feeling a bit under the weather, he went home to rest. We spoke on Wednesday on the phone. He was in fine spirits and was looking forward to resuming work.

He also said his late chief security officer, who he said went beyond the call of duty to carry out his assignment, never took selfish advantage of his position and ensured he was forthright and honest to a fault.

Tinubu said the late policeman, whom he first met when he was posted to him as a security detail for the 1999 Lagos State governorship election, remained with him until his death.

Describing how close he was to the deceased, Tinubu said, “As head of my security, Lateef had a permanent seat in my vehicle. Whenever I saw him there, I felt assured and relaxed.”

Felix Onajite Delta State governor, Okowa and SSG, Chiedu Ebie Two top officials of the Delta State government have tested positive to coronavirus (COVID-19). The chief press secretary to the governor of the state, Mr Olisa Ifeajika, who made this known in a statement in Asaba on END_OF_DOCUMENT_TOKEN_TO_BE_REPLACED

JOHN ALECHENU and PETER DAVID Ahead of the governorship primary of the All Progressives Congress in Edo State on Monday (tomorrow) the party has dismissed the order gazetted by the state government that political parties must obtain approval of the governor to hold any political gathering. The END_OF_DOCUMENT_TOKEN_TO_BE_REPLACED

The coasts seems clear on Saturday with the clearance of Governor Godwin Obaseki to seek re-election on the platform of his new party, Peoples Democratic Party (PDP). The Hon. Kingsley Chinda-screening committee gave Obaseki a clean bill of health ahead of the PDP primary election END_OF_DOCUMENT_TOKEN_TO_BE_REPLACED

Davidson Iriekpen, Martins Ifijeh in Lagos and Ernest Chinwo in Port Harcourt There may be no respite in sight for Nigerians as far as Coronavirus is concerned if we take what the authorities are saying. Secretary to the Government of the Federation and Chairman, Presidential END_OF_DOCUMENT_TOKEN_TO_BE_REPLACED

Friday Amobi, Port Harcourt These are not the best of times for medical personnel not only in Nigeria but all over the world especially in countries where the global pandemic of Coronavirus is still raging. In some countries they have continued to live in denials END_OF_DOCUMENT_TOKEN_TO_BE_REPLACED