By Deji Elumoye, Olawale Ajimotokan in Abuja and Segun James

As more tributes poured in for Mallam Abba Kyari, President Muhammadu Buhari’s former chief of staff, who passed on last Friday, THISDAY presidential sources said yesterday that dark horses were set for an upset in the race for the replacement of the late presidential aide.

According to the sources, the president would prefer to appoint someone already in the system that he had worked closely with in the past that he could personally vouch for.

Adamu is said to have been Buhari’s secretary while he held sway at the Petroleum Trust Fund (PTF), where the minister was said to have performed creditably well like the Minister of Education, Malam Adamu Adamu, who also worked for him at the PTF.

Pantami is said to be Buhari’s adopted son that had been with him in all his struggles to the top.

Heavyweights that had been variously mentioned include former Secretary to the Government of the Federation, Ambassador Babagana Kingibe; the incumbent, Mr. Boss Mustapha; Minister of Education, Adamu; former governor of Lagos State, Brig-Gen. 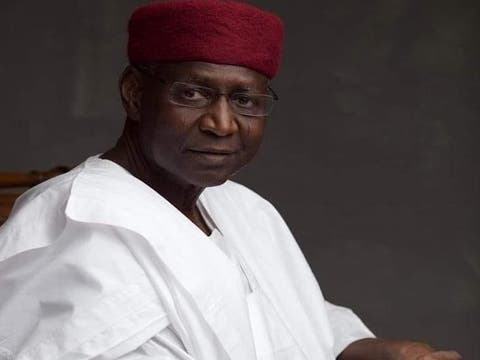 In the meantime, tributes continued to pour in for Kyari yesterday with President of the Senate, Dr. Ahmad Lawan; governors; National Chairman of All Progressives Congress (APC), Mr. Adams Oshiomhole, and other dignitaries paying homage to the deceased.

Lawan described the late chief of staff as the bridge-builder between the executive and the legislature who used to personally deliver official communications from the president to the National Assembly.

In a special tribute yesterday entitled “Abba Kyari: A bridge-builder makes his exit,” Lawan recalled several instances in the past when Kyari visited his office to personally deliver communications from the executive which, he said, underscored the high pedestal which Kyari placed the legislature.

He said: “For the topmost presidential aide to personally deliver such message, no doubt, demonstrated the desire of his principal for the two political arms of government to be on the same page, and understand each other’s perspectives on issues of national interest. On all such occasions, he was always patient and respectful, never even remotely resembling the caricature coldly portrayed in sections of the media of a vicious power monger.

“The patriot died the way he would have preferred, at the very front line of service, sadly seized by a plague against which he was defending his beloved fatherland, Nigeria.”

Oshiomhole in a statement yesterday said History would be Kind to Kyari, describing the diseased as a man who sacrificed so much for the common good without seeking personal glory.

In his tribute last night, Oshiomhole said the verdict of history would surely be kinder to Kyari than the one borne out of whatever might be the reading or misunderstanding of his contemporary role in some quarters.

The APC chairman noted that there was no doubt that the president had lost a dependable lieutenant and a close ideological disciple.

While calling for Allah to grant the departed peaceful repose and comfort his family and Mr. President over the great loss, Oshiomhole said as compatriots, “we are comforted that Abba Kyari was a man of stellar character, a workhorse who toiled day and night to advance President Buhari’s vision, a luminous torchbearer for the progressives’ community and a committed advocate of the downtrodden who fought for them quietly without seeking personal glory.”

In his tribute, Obaseki described Kyari’s death as a personal loss, adding that he would be greatly missed.

“Having associated with Abba Kyari for over two decades, I found him to be a complete gentleman, very intellectual and a true Nigerian patriot.

“He was a forthright man, who was resolute in his conviction and loyal to any cause he believed in.

“I admire how he stood with President Muhammadu Buhari through thick and thin. I, therefore, express my personal condolences and that of Edo people to President Buhari, who we know will also miss Abba Kyari greatly.”

The governor also commiserated with the Kyari family, praying that God grants them the fortitude to bear the irreparable loss.

Ugwuanyi, in a statement by the Secretary to the Enugu State Government, Prof. Simon Uchenna Ortuanya, expressed the state’s condolences to Buhari on the death of Kyari.

It described the former chief of staff as “a dedicated and loyal chief of staff, who discharged his duties with great commitment and selflessness.”

The Olu of Warri, while also condoling with Buhari, recalled the times he met the late Kyari while on courtesy visits to the president in Abuja, saying that the deceased came across as a self-effacing and unassuming, yet very strong spirit behind the throne.

He urged the president to take solace in the fact that Kyari lived his life for God and country, shunning undue publicity and focusing more on how to make Nigeria a better place.

On his part, Zulum described Kyari as a humble and disciplined public officer whose dedication to work was uncommon.

The governor who led a team of top government officials to the residence of the family of the deceased in Maiduguri yesterday, said: “I have had six official appointments with him within the last 10 months and in all the six appointments, he scheduled to see me at 8 a.m. in his office at the Villa and surprisingly, all the times, I was there before the time and there was never a time I met his absence.

“He was always in office ahead of our 8 a.m. appointments. I never had to wait for him. He did not disappoint me for once.”

The FCT minister, in his condolence, described the former presidential aide as a quintessential administrator whose wealth of experience spanning both the public and private sectors was positively brought to bear on the management of the affairs of the country, including the FCT.

Bello expressed the condolences of the FCT Administration and its residents to the president and the Kyari family.

Reacting to Kyari’s death, the NSCIA said yesterday that it received the news with great shock.

A statement by its Secretary-General, Prof. Is-haq Oloyede, described Kyari as an excellent administrator who was committed to the development of Nigeria through dedicated and loyal service not only to Buhari but to the nation.

Oloyede who issued the statement on behalf of the President-General of NSCIA and Sultan of Sokoto, Alhaji Muhammad Sa’ad Abubakar III, commiserated with the president and the federal government on the passage of the chief of staff.

The IPI also expressed shock at the passing away of Kyari from complications arising from the COVID-19 pandemic.

In a statement issued by the Chairman of the Nigerian Chapter of IPI, Mr. Kabiru Yusuf, the global body said it mourned the loss of Kyari whom it described as an accomplished journalist, an astute public officer and a decent human being.

“We recall with nostalgia, the immense contribution of the late Kyari to the successful hosting of the 2018 IPI World Congress in Abuja. We beseech the Almighty Allah to grant the deceased Aljanah Firdaus and to grant President Muhammad Buhari, the Government of Nigeria and the Kyari family, the fortitude to bear this irreparable loss,” the statement said.

The Minister of Foreign Affairs, Onyeama, said Kyari was his best man when he got married several years ago.

Onyeama, in a tribute released yesterday and entitled ‘Tribute to Kyari: The Best Man,’ said he was also the godfather to his first son.

“When I got married in Owo to my wife from Idoani, Ondo State, Abba was my Best-Man. The officiating Vicar was somewhat perplexed because I was a Roman Catholic Igbo, marrying an Anglican Yoruba in an Anglican church with a Muslim Kanuri/Shuwa Arab Best-Man from Borno State!

“The officiating Catholic priest in Geneva, Switzerland, two years later, during the baptism of our first son, was equally perplexed when a Muslim Abba Kyari and a Muslim Muni Attah-Shonibare were the Godfather and Godmother, respectively!”

He said Kyari was a pan-Nigerian, global citizen, who recognised no boundaries between peoples, be they racial, ethnic, religious, class or political, adding that the diseased made friends with everyone.

“He was very intelligent, very well-read and had a wide and varied professional experience. He held strong opinions and did not yield position easily. But once he believed in someone or a cause, he would fight with everything he had,” Onyeama said, adding: Abba believed completely in the Nigerian project and in President Muhammadu Buhari.”

The Minister of State, Mines and Steel Development, Dr. Uchechukwu Ogah, in his tribute said Kyari would be greatly missed because of his impressive intellect and exceptional personality that impacted his efficient service to Buhari.

“Mallam Abba Kyari ran his race on sterling personal records of integrity, diligence, great standards and utmost professionalism in his brief stints as a lawyer and while in the media as an editor,” he said.

Felix Onajite Delta State governor, Okowa and SSG, Chiedu Ebie Two top officials of the Delta State government have tested positive to coronavirus (COVID-19). The chief press secretary to the governor of the state, Mr Olisa Ifeajika, who made this known in a statement in Asaba on END_OF_DOCUMENT_TOKEN_TO_BE_REPLACED

JOHN ALECHENU and PETER DAVID Ahead of the governorship primary of the All Progressives Congress in Edo State on Monday (tomorrow) the party has dismissed the order gazetted by the state government that political parties must obtain approval of the governor to hold any political gathering. The END_OF_DOCUMENT_TOKEN_TO_BE_REPLACED

The coasts seems clear on Saturday with the clearance of Governor Godwin Obaseki to seek re-election on the platform of his new party, Peoples Democratic Party (PDP). The Hon. Kingsley Chinda-screening committee gave Obaseki a clean bill of health ahead of the PDP primary election END_OF_DOCUMENT_TOKEN_TO_BE_REPLACED

Davidson Iriekpen, Martins Ifijeh in Lagos and Ernest Chinwo in Port Harcourt There may be no respite in sight for Nigerians as far as Coronavirus is concerned if we take what the authorities are saying. Secretary to the Government of the Federation and Chairman, Presidential END_OF_DOCUMENT_TOKEN_TO_BE_REPLACED

Friday Amobi, Port Harcourt These are not the best of times for medical personnel not only in Nigeria but all over the world especially in countries where the global pandemic of Coronavirus is still raging. In some countries they have continued to live in denials END_OF_DOCUMENT_TOKEN_TO_BE_REPLACED