New order reigns in the Presidential Villa after Abba Kyari’s demise. The wife of the President is believed to be behind the new order in the seat of power.

According to sources, some of the top aides of Buhari have been denied access into the Presidential Villa in Abuja after returning from the burial of late Chief of Staff to Buhari, Abba Kyari, on Saturday.

The burial at Gudu Cemetery was attended by a large crowd – most of whom had no nose mask or hand gloves on them for protection against Coronavirus.

This development violated the social distancing rule put in place by the Nigeria Centre for Disease Control and exposed attendees including the Presidential aides to the risk of contracting the highly contagious and deadly disease, which claimed the life of Kyari. 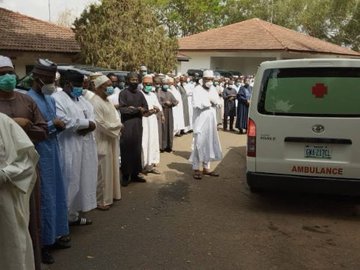 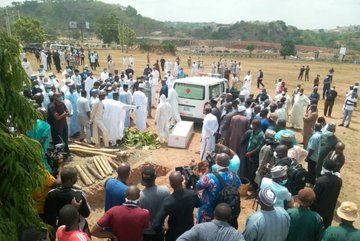 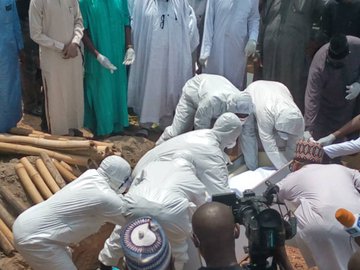 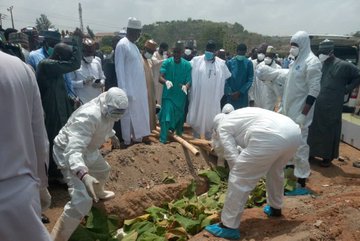 The burial ceremony was aired on several television stations across Nigeria and the large gathering, against government’s order, was seen by all violating the rule.

“Security personnel at the Villa turned back the aides of President Muhammadu Buhari after attending the burial ceremony of Mallam Kyari and coming in contact with several persons against the rule of the NCDC.

“President Buhari is not happy that the aides decided to violate clear protocols and guidelines of the NCDC and he directed that they should keep off the Presidential Villa to undergo self-isolation,” a Presidency official told SaharaReporters on Saturday.

Felix Onajite Delta State governor, Okowa and SSG, Chiedu Ebie Two top officials of the Delta State government have tested positive to coronavirus (COVID-19). The chief press secretary to the governor of the state, Mr Olisa Ifeajika, who made this known in a statement in Asaba on END_OF_DOCUMENT_TOKEN_TO_BE_REPLACED

JOHN ALECHENU and PETER DAVID Ahead of the governorship primary of the All Progressives Congress in Edo State on Monday (tomorrow) the party has dismissed the order gazetted by the state government that political parties must obtain approval of the governor to hold any political gathering. The END_OF_DOCUMENT_TOKEN_TO_BE_REPLACED

The coasts seems clear on Saturday with the clearance of Governor Godwin Obaseki to seek re-election on the platform of his new party, Peoples Democratic Party (PDP). The Hon. Kingsley Chinda-screening committee gave Obaseki a clean bill of health ahead of the PDP primary election END_OF_DOCUMENT_TOKEN_TO_BE_REPLACED

Davidson Iriekpen, Martins Ifijeh in Lagos and Ernest Chinwo in Port Harcourt There may be no respite in sight for Nigerians as far as Coronavirus is concerned if we take what the authorities are saying. Secretary to the Government of the Federation and Chairman, Presidential END_OF_DOCUMENT_TOKEN_TO_BE_REPLACED

Friday Amobi, Port Harcourt These are not the best of times for medical personnel not only in Nigeria but all over the world especially in countries where the global pandemic of Coronavirus is still raging. In some countries they have continued to live in denials END_OF_DOCUMENT_TOKEN_TO_BE_REPLACED