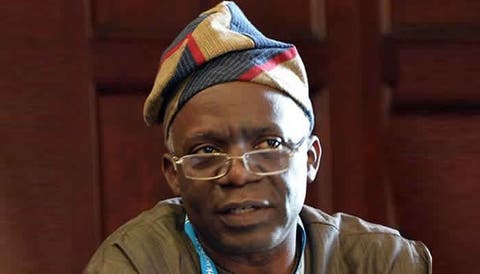 Measures to tackle COVID-19 spread have begun to generate constitutional debates. What is your view about the altercation between the Federal Government and Rivers State over the arrest of the pilots who flew passengers into Rivers?

As part of the measures put in place to combat the coronavirus pandemic, the Rivers State Government made regulations pursuant to the Quarantine Act Cap Q2, Laws of the Federation of Nigeria, 2004. One of the regulations stipulates that flight operations at the Port Harcourt International Airport and local airport were suspended with effect from March 26, 2020.  In violation of the above regulation, a Caverton plane landed at the Port Harcourt Airport Tuesday last week. The plane was impounded while the two pilots who flew the plane were arrested. The pilots, Messrs Samuel Ugorji and Samuel Buhari, were immediately charged with contravening the Rivers State Quarantine Regulations 2020 before a Chief Magistrate Court presided over by D.D. Ihua-Maduenyi Esq. They pleaded not guilty to the charge but the chief magistrate ordered that both defendants be remanded in custody at the Port Harcourt Correctional Centre pending when the hearing of the case would commence on May 19, 2020. The chief magistrate also ordered that COVID-19 tests be carried out on the two pilots to ascertain their status.

Reacting to the development, the Aviation Minister, Mr Hadi Sirika, challenged the arrest and prosecution of the pilots on the grounds that they were authorised by President Muhammadu Buhari to undertake the flight. The minister further said, “We have the authority and this is exclusively on the Exclusive List and we have the powers in civil aviation, guided by the 2006 Civil Aviation Regulation, to approve such flights. They were approved legally, lawfully and they were correct. We will do everything lawful and reasonable to get those pilots back and the operation will continue.”

With respect, the Aviation Minister has engaged in unnecessary grandstanding over this matter. Did the Federal Government protest when the Rivers State Governor issued the COVID-19 Regulations and banned movement into the state by land, sea and air?  If any person is shot dead on the tarmac of the international airport in Port Harcourt, the suspect will be tried under the Criminal Code of Rivers State; ditto for armed robbery and other state offences committed within the precinct of the airport, even though airport and aviation are on the Exclusive Legislative List. When Professor Wole Soyinka warned against the imposition of lockdown on Lagos and Ogun states without regards to the basic tenets of federalism, a presidential spokesperson, Mr Garba Shehu, was questioning his right to challenge the authority of the President. It is hoped that the resolution of the crisis in Rivers State will assist the authorities in Abuja to appreciate the limit of their powers under the current political dispensation.

Meanwhile, the authority of the Federal Government has been called to question by the governors of northern states who have decided not to further impose any lockdown on the region. If the lockdown is prohibited in three out of the six geopolitical zones in the country, the Federal Government is going to be put under renewed pressure to terminate the lockdown imposed on the Federal Capital Territory as well as Lagos and Ogun states. Already, people are mounting pressure on the governments of Lagos and Ogun states to end the lockdown.

The Cross River State Governor has said any resident found on the street without face mask will be arrested. How constitutional is this?

The Federal Government was extremely slow in responding to the crisis. And when it did it was not a coordinated intervention. The selective imposition of lockdown on Lagos and Ogun states and the Federal Capital Territory could not have achieved its objective if the governors of other states had not taken it upon themselves to roll out a number of COVID-19 regulations and guidelines. No doubt, some of them are clearly illegal. But for the closure of the courts due to the lockdown some of the objectionable provisions of the directives would have been challenged in the courts. Measures such as social distancing, washing of hands, application of sanitizer and wearing of face masks have been put in place to substantially reduce the spread of the dangerous infectious disease.  But the Cross River State Government cannot enforce the directive on wearing of face masks without mass-producing the masks and making them available to the people. That is where the issue of constitutional validity of the directive may be questioned.

What do you think about the revised 2020 budget, particularly with allocation to basic education slashed from N111.7bn to N61bn; and basic health care slashed from N44.49bn to N17.98bn?

The Federal Government has proposed a slash of N111.78bn UBE budget to N61.02bn and a cut of basic health care’s N44.49bn allocation to N17.98bn.  The reduction of the budget in both vital areas is completely unacceptable. In fact, it does not make any economic sense to slash the health care budget when the government is required to spend much more money to build and equip isolation centres and fix the comatose public hospitals. In the same vein, the Federal Government should not be permitted to reduce the budget for basic primary education aimed at removing 16 million out-of-school children from the street. It is intriguing that the neoliberal ideologues in the government are yet to appreciate that capitalism has virtually collapsed. It has been proved to be an ideology of fraud.  How can one explain the inability of the United States, the richest country in the world, to contain the coronavirus pandemic? All the leading capitalist nations have been exposed for building societies of extremely rich people and extremely poor majority.  They have been forced to enact economic stimulus laws to authorise the spending of trillions of dollars on public health, public transportation, saving jobs and the manufacturing industries. The West has turned to China and Russia for supply of medical equipment while Cuba, a third-world country, is assisting Italy, a G20 member, and many other countries, to combat COVID-19. The IMF and the World Bank are cancelling debts that were tied around the necks of poor countries while G20 has set aside $5tn to address the challenge of COVID-19. The global crisis has called for a new international economic order on the basis of allocation of resources for funding social services. Therefore, no government in Nigeria should be allowed to make it business as usual by implementing budgets of poverty consolidation and underdevelopment. The Federal Government cannot justify the slashing of the budget for capital projects while the 25 per cent set aside in the budget for servicing debts has been left intact. At a time that the whole world is calling for debt cancellation or suspension of payment, Nigeria cannot be allowed to spend a quarter of her budget on payment and servicing of debts.

What is your view about Federal Government’s plan to continue the school feeding programme despite that schools across the country have been shut due to the coronavirus pandemic?

In the heat of the coronavirus pandemic, France has slipped into an ecomomic recession. Do you see Nigeria escaping the same fate?

If advanced capitalist countries are slipping into recession, peripheral capitalist states like Nigeria are going to be sentenced to economic depression. Whereas the budget was based on $58 per barrel of crude oil, the price has been oscillating between $20 and $30. Added to the crisis arising from the crash in the price of oil in the international market is the coronavirus pandemic. The full impact of the twin crises has not been quantified.  But what is obvious is that the vulnerability of the rentier economy of Nigeria has been confirmed by  the crisis. The country is in a serious economic mess compounded by the profligacy of the ruling class. The economic crisis has proved once again that there is no way the country can develop without investing heavily in education, health and other social services. A President once boasted that his greatest achievement in the area of the economy was that he produced 25 billionaires. Another President said we were a rich nation because a group of private jet owners once travelled with him to an African country. Such costly jokes should stop. The Federal Government should stop the practice of allocating oil blocks to a few people, selling public assets to them, allocating oil blocks to them, approving tax holidays and duty waivers for them. The coronavirus pandemic has challenged Nigeria to invest in the manufacturing industry, development of the pharmaceutical industry and production of medical equipment, development of human capital and promotion of the welfare and security of the Nigerian people in accordance with the provisions of Chapter 2 of the Constitution.

Felix Onajite Delta State governor, Okowa and SSG, Chiedu Ebie Two top officials of the Delta State government have tested positive to coronavirus (COVID-19). The chief press secretary to the governor of the state, Mr Olisa Ifeajika, who made this known in a statement in Asaba on END_OF_DOCUMENT_TOKEN_TO_BE_REPLACED

JOHN ALECHENU and PETER DAVID Ahead of the governorship primary of the All Progressives Congress in Edo State on Monday (tomorrow) the party has dismissed the order gazetted by the state government that political parties must obtain approval of the governor to hold any political gathering. The END_OF_DOCUMENT_TOKEN_TO_BE_REPLACED

The coasts seems clear on Saturday with the clearance of Governor Godwin Obaseki to seek re-election on the platform of his new party, Peoples Democratic Party (PDP). The Hon. Kingsley Chinda-screening committee gave Obaseki a clean bill of health ahead of the PDP primary election END_OF_DOCUMENT_TOKEN_TO_BE_REPLACED

Davidson Iriekpen, Martins Ifijeh in Lagos and Ernest Chinwo in Port Harcourt There may be no respite in sight for Nigerians as far as Coronavirus is concerned if we take what the authorities are saying. Secretary to the Government of the Federation and Chairman, Presidential END_OF_DOCUMENT_TOKEN_TO_BE_REPLACED

Friday Amobi, Port Harcourt These are not the best of times for medical personnel not only in Nigeria but all over the world especially in countries where the global pandemic of Coronavirus is still raging. In some countries they have continued to live in denials END_OF_DOCUMENT_TOKEN_TO_BE_REPLACED