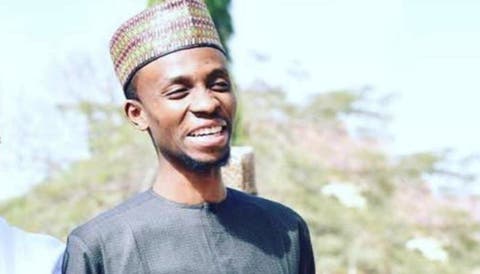 Some of Ezekwesili’s followers insulted Bello following her tweet but she immediately cautioned them, saying that she would not entertain insults on her timeline.

Responding, however, Bello said, “No Oby. This can’t save you.”

Ezekwesili was one of the persons acknowledged by el-Rufai in his autobiography titled, ‘The Accidental Public Servant’.

El-Rufai wrote that Ezekwesili and her husband, Chinedu, kept an “eye on his family” during his trying times while he was being persecuted by the Umaru Yar’Adua government.

The governor, who recently tested positive for COVID-19, has been off social media for some time.

Meanwhile, el-Rufai’s son has continued to trend on Twitter for the second consecutive day after threatening to gang-rape someone’s mother.

Trouble started after Bello took to Twitter to attack United States President, Donald Trump, over the handling of the COVID-19 pandemic.

Bello said, “There is nothing as radioactive as an incompetent leader during a time of crisis. The United States of America is a case in point. A few states in Nigeria too.”

He insisted that the American President was miles ahead of Buhari and even Bello’s father, el-Rufai, in terms of quality leadership.

Consigliere wrote, “He (Bello) can’t call Buhari out for his ineptitude yet he’s calling Trump names? Did he vote Trump?”

El-Rufai’s son, however, decided to rain expletives on the man who disagreed with him and also insulted his ethnicity.

He tweeted, “Tell your mother I’m passing her to my friends tonight. No Igbo sounds please! Tueh.

Not done, the younger el-Rufai sent a private message to Consligiere, saying it was obvious that he was attacking Buhari because he is Igbo.

Bello further stated that Buhari was completing the Second Niger Bridge in the South-East, a feat which former President Goodluck Jonathan could not attain despite being supported by Igbo.

He also insulted the leader of the Indigenous People of Biafra, Nnamdi Kanu.

He tweeted, “Your mother is the main whore of the South-East. I can’t reply you publicly. F**k Kanu and take a picture of the Second Niger Bridge, thanks to Buhari. My mentions are mine. If a Sunday bastard makes up lies and drags my father, his mother will be games. If he doesn’t want it, he shouldn’t mention me. The crowd has never phased (sic) me.

“Truly your mother’s son. Does she still earn by earning 2,019 naira per suck on Azikwe Street, Aba LGA? Tell her to wear mask and gloves while doing it due to this pandemic.”

The person whose tweets Bello was directed at, expressed shock at the insults, explaining that he wasn’t even Igbo.

Felix Onajite Delta State governor, Okowa and SSG, Chiedu Ebie Two top officials of the Delta State government have tested positive to coronavirus (COVID-19). The chief press secretary to the governor of the state, Mr Olisa Ifeajika, who made this known in a statement in Asaba on END_OF_DOCUMENT_TOKEN_TO_BE_REPLACED

JOHN ALECHENU and PETER DAVID Ahead of the governorship primary of the All Progressives Congress in Edo State on Monday (tomorrow) the party has dismissed the order gazetted by the state government that political parties must obtain approval of the governor to hold any political gathering. The END_OF_DOCUMENT_TOKEN_TO_BE_REPLACED

The coasts seems clear on Saturday with the clearance of Governor Godwin Obaseki to seek re-election on the platform of his new party, Peoples Democratic Party (PDP). The Hon. Kingsley Chinda-screening committee gave Obaseki a clean bill of health ahead of the PDP primary election END_OF_DOCUMENT_TOKEN_TO_BE_REPLACED

Davidson Iriekpen, Martins Ifijeh in Lagos and Ernest Chinwo in Port Harcourt There may be no respite in sight for Nigerians as far as Coronavirus is concerned if we take what the authorities are saying. Secretary to the Government of the Federation and Chairman, Presidential END_OF_DOCUMENT_TOKEN_TO_BE_REPLACED

Friday Amobi, Port Harcourt These are not the best of times for medical personnel not only in Nigeria but all over the world especially in countries where the global pandemic of Coronavirus is still raging. In some countries they have continued to live in denials END_OF_DOCUMENT_TOKEN_TO_BE_REPLACED