Rivers State Government said on Saturday that Caverton Helicopters flew in over 220 passengers to the state without allowing health professionals from the state to ascertain their coronavirus status.

State Commissioner for Information and Communication, Mr Paulinus Nsirim, said that the firm also refused to avail the state government the contacts of the passengers so that they could be traced and tested.

Recall that two pilots working with Caverton Helicopters and 10 passengers were arrested and arraigned before a Chief Magistrates’ Court in Port Harcourt for allegedly flouting a no-flight order by the state government.

But Nsirim, who spoke with newsmen in Port Harcourt, urged the Federal Government to direct its business associates to subject themselves to health checks to ascertain their COVID-19 status.

He pointed out that before the arrest of the two pilots and 10 passengers, the state government had warned Caverton and other operators to make sure that their pilots and passengers were tested by Rivers health officials, adding that the company (Caverton) disregarded the warning.

“Before their arrests, the Rivers State Government issued several warnings to Caverton and other operators to ensure that their pilots and passengers are tested by Rivers State health authorities.  Caverton Helicopters disregarded the warnings.

“They were arrested because they constantly contravened the Executive Order issued by the Governor of Rivers State, His Excellency, Nyesom Ezenwo Wike, which requires that everyone coming into the state for essential duties subject themselves to mandatory health checks to ascertain their coronavirus status.

“At the last count, Caverton Helicopters ferried over 220 passengers into the state without allowing health professionals of the Rivers State Government ascertain their coronavirus status. They also refused to avail the state government their contacts; so, they can be traced and tested,” he said. 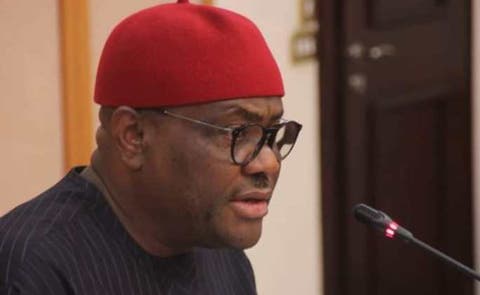 The don said aviation matters were reserved in the Exclusive Legislative List.

He said, “It is irrefutable that Governor Wike’s primary training as a lawyer and the myriads of powerful positions he had occupied cumulatively place him above the precarious or vulnerable position where he can claim ignorance of the law or ill-knowledge on how the affairs of state should be run at the local, state and federal levels.

“Pointedly, Governor Wike ought to know the laws of the country and the interrelationships between a state and the Federal Government.

“He ought to know the powers donated by the constitution to the Federal Government in the Exclusive Legislative List and avoid clashes therein because of exuberance, overzealousness or outright indiscretion.

“He ought to know that aviation, including airports, safety of aircraft and carriage of passengers and goods by air, are listed as item 3 in the Exclusive Legislative List etched in Part 1 of the Second Schedule to the 1999 Constitution of Nigeria as amended.”

Obiaraeri said in view of the above constitutional provision, the recent arrest, detention, prosecution and remand of Caverton helicopter pilots for flying oil services personnel into an airline facility in Port Harcourt by Wike was questionable.

He said, “Governor Wike ought to reasonably know that the Rivers State Government is subordinated to the Federal Government of Nigeria in matters listed in the Exclusive and or the Concurrent Legislative Lists.

“Governor Wike cannot claim ignorance of all these strong but elementary constitutional provisions on devolution of powers and competencies between the federal and state governments as tiers of government.

“The need to fight the dreaded COVID-19 pandemic with vigour in Rivers State in particular and Nigeria in general is imperative but it does not require provoking a constitutional crisis or sustaining an avoidable showdown (political or otherwise) with the Federal Government.”

Felix Onajite Delta State governor, Okowa and SSG, Chiedu Ebie Two top officials of the Delta State government have tested positive to coronavirus (COVID-19). The chief press secretary to the governor of the state, Mr Olisa Ifeajika, who made this known in a statement in Asaba on END_OF_DOCUMENT_TOKEN_TO_BE_REPLACED

JOHN ALECHENU and PETER DAVID Ahead of the governorship primary of the All Progressives Congress in Edo State on Monday (tomorrow) the party has dismissed the order gazetted by the state government that political parties must obtain approval of the governor to hold any political gathering. The END_OF_DOCUMENT_TOKEN_TO_BE_REPLACED

The coasts seems clear on Saturday with the clearance of Governor Godwin Obaseki to seek re-election on the platform of his new party, Peoples Democratic Party (PDP). The Hon. Kingsley Chinda-screening committee gave Obaseki a clean bill of health ahead of the PDP primary election END_OF_DOCUMENT_TOKEN_TO_BE_REPLACED

Davidson Iriekpen, Martins Ifijeh in Lagos and Ernest Chinwo in Port Harcourt There may be no respite in sight for Nigerians as far as Coronavirus is concerned if we take what the authorities are saying. Secretary to the Government of the Federation and Chairman, Presidential END_OF_DOCUMENT_TOKEN_TO_BE_REPLACED

Friday Amobi, Port Harcourt These are not the best of times for medical personnel not only in Nigeria but all over the world especially in countries where the global pandemic of Coronavirus is still raging. In some countries they have continued to live in denials END_OF_DOCUMENT_TOKEN_TO_BE_REPLACED