• Private hospitals to get treatment licence

The Minister of Foreign Affairs, Geoffrey Onyeama, at a press conference organised by the Presidential Task Force on COVID-19 in Abuja on Wednesday, said 67 persons had already arrived at the country’s land border.

The minister, who did not indicate the land border the returnees were, stated that  24 more would come today (Thursday).

The minister stated that both batches (91) of returnees would be isolated for 14 days and put under surveillance for possible COVID-19 symptoms before they could proceed to their different destinations in the country.

The Nigeria Immigration Service, in a statement later on Wednesday, confirmed that the 67 Nigerians had arrived at the Seme border in Lagos State.

The Comptroller General of the NIS, Muhammad Babandede,  said the service officials received the 67 returnees and after thorough profiling, handed them over to the Lagos State Government.

In a statement by the NIS Public Relations Officer, Mr Sunday James, the comptroller general said 58 of the returnees were from Osun State

He said the NIS  “handed them over to the Lagos State Government, represented by the Special Assistant Health to the Executive Governor of Lagos State, Dr Tunde Ajayi, after thorough profiling with the following details: Osun State, 58; Lagos State, four; Oyo State, two; Ondo State, one; Edo, one; Ogun-one, total 67 returnees.”

The PUNCH gathered that the Lagos State Government had accommodated the 67 returnees in some hotels in Badagry, where they would be quarantined for two weeks.

A source, who confided in one of our correspondents, said they would be joined by 24 people who would arrive on Thursday.

Last month, 127 Nigerians, mostly from Osun State, arrived in the country through the Idiroko border in Ogun State.

The state Governor, Dapo Abiodun, handed the returnees over to his Osun State counterpart, Gboyega Oyetola, who isolated them in Ejigbo.  Eighteen of the returnees have tested positive for COVID-19.

The PUNCH had,  on Tuesday reported that  67 persons were stopped by security agents at the Seme border. 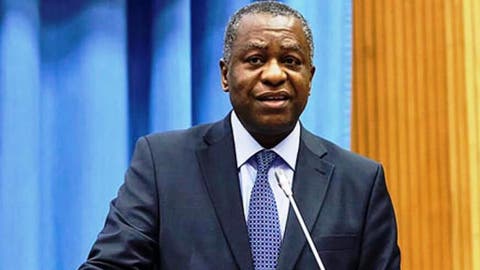 According to the report, the security agents notified the Lagos State Government, which insisted that returnees must be in quarantine for  14 days.

It was also reported that the Lagos State Government had made arrangements to accommodate the returnees in some Badagry hotels, which had no other guests.

At the PTF press conference on Wednesday, the minister of foreign affairs said the Federal Government contacted the governments of Togo and Benin, which allowed the 67 Nigerians to pass through their territories.

The minister said, “They are now at the Nigerian border and we got the authorisation for them to come into the country. They will be in isolation for the mandatory 14 days when they have come in.

“We have another 24 Nigerians in a hotel in Togo. They are going to be tested. We have also got the government of Benin’s approval for them to move through Béninoise territory to come into Nigeria, possibly by tomorrow.

“We’ve also arranged where they will all be confined when they come into the country. That has been going very smoothly and, for this, we are extremely grateful to the governments of Togo and the Republic of Benin, which have cooperated with us and made this possible.”

Onyeama added that there was a doctor who was part of the team “caught outside the country,” adding that the doctor had made his way to the Republic of Benin.

Why we put evacuation of Nigerians abroad on hold – FG

The minister further explained that with regard to evacuation of Nigerians abroad, the PTF had been deliberating on the issue since airports were shut.

He said, “The response is not as a result of letters that have been coming in from Nigerians in the Diaspora but something that was taken up by the task force from the beginning.

“But at that time, we did not have all our isolation centres and all the other arrangements in place. For that reason, we kept it in abeyance while we were putting all those things in place.

“Now that we have sufficient beds and so forth and the protocol is now well established, we now feel in a much stronger and better position to undertake this Herculean task of trying to see how we can bring Nigerians outside the country back in.”

200 Nigerians returning from US, others

He stated that almost 200 Nigerians, especially in the United States, had indicated willingness to return.

The minister stated, “The engagement of Nigerians should be with the embassies and high commissions and not with any other parallel agency, department of government or anything like that.

“It is with them that we are collating all the names and making all the arrangements.”

Felix Onajite Delta State governor, Okowa and SSG, Chiedu Ebie Two top officials of the Delta State government have tested positive to coronavirus (COVID-19). The chief press secretary to the governor of the state, Mr Olisa Ifeajika, who made this known in a statement in Asaba on END_OF_DOCUMENT_TOKEN_TO_BE_REPLACED

JOHN ALECHENU and PETER DAVID Ahead of the governorship primary of the All Progressives Congress in Edo State on Monday (tomorrow) the party has dismissed the order gazetted by the state government that political parties must obtain approval of the governor to hold any political gathering. The END_OF_DOCUMENT_TOKEN_TO_BE_REPLACED

The coasts seems clear on Saturday with the clearance of Governor Godwin Obaseki to seek re-election on the platform of his new party, Peoples Democratic Party (PDP). The Hon. Kingsley Chinda-screening committee gave Obaseki a clean bill of health ahead of the PDP primary election END_OF_DOCUMENT_TOKEN_TO_BE_REPLACED

Davidson Iriekpen, Martins Ifijeh in Lagos and Ernest Chinwo in Port Harcourt There may be no respite in sight for Nigerians as far as Coronavirus is concerned if we take what the authorities are saying. Secretary to the Government of the Federation and Chairman, Presidential END_OF_DOCUMENT_TOKEN_TO_BE_REPLACED

Friday Amobi, Port Harcourt These are not the best of times for medical personnel not only in Nigeria but all over the world especially in countries where the global pandemic of Coronavirus is still raging. In some countries they have continued to live in denials END_OF_DOCUMENT_TOKEN_TO_BE_REPLACED