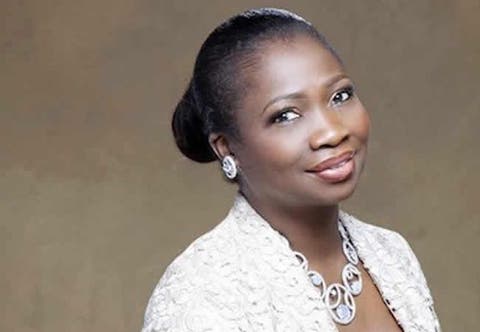 The Nigerians in Diaspora Commission has disclosed that many Nigerians in the United Kingdom, United States, China and in West Africa have been registering with the Nigerian missions abroad for evacuation to Nigeria.

The commission said many interested individuals were willing to return home on account of the coronavirus pandemic, noting that their response had been overwhelming.

The NIDCOM spokesman, Abdul-Rahman Balogun, confirmed to our correspondent in Abuja on Monday that those registering for evacuation were ready to foot their flight expenses.

The Ministry of Foreign Affairs had last Friday directed Nigerian missions abroad to compile a list of stranded Nigerian nationals who wished to come back home.

It stated that the financial implications would be borne by the prospective evacuees, who would also be compulsorily quarantined on arrival.

In response to the directive, the Nigerian Consulate in New York, United States, announced in a statement on Sunday, that it had begun compiling names of Nigerians willing to return home.

Providing an update on the exercise, Balogun explained that some of the stranded Nigerians agreed to be quarantined on arrival in Nigeria, adding that they were also willing to bear the travel cost.

He said, “Nigerians are responding overwhelmingly from China, UK, US and also from West Africa. We can’t quote a figure because the registration is still ongoing.”

Balogun noted that the commission had been receiving emails from other interested Nigerians overseas about the modalities for the evacuation.

He added, “A lot of people have been sending emails to us. The response has been overwhelming. Some said they were ready to be quarantined on their return to the country; they are ready to pay for the evacuation. Some also have their air tickets but they could not come before the lockdown order was implemented.”

Speaking on the registration of Nigerians overseas during a briefing by the Presidential Task force for the Control of Covid-19 on Monday, the Minister of Foreign Affairs, Geoffrey Onyeama, said the government would work out the evacuation logistics after the exercise.

He advised Nigerians abroad to stay where they were, citing an advisory by medical experts who warned that travellers were susceptible to Covid-19 infection.

He stated, “We have written letters to our embassies to give us an indication of the number in their countries and once we have that, we would be able to look at the issue of logistics and how to bring them back.

“We should also bear in mind that the medical people have said that it’s better to stay where you are if you can but you stand a much better chance of catching the virus if you are travelling up and down.”

Felix Onajite Delta State governor, Okowa and SSG, Chiedu Ebie Two top officials of the Delta State government have tested positive to coronavirus (COVID-19). The chief press secretary to the governor of the state, Mr Olisa Ifeajika, who made this known in a statement in Asaba on END_OF_DOCUMENT_TOKEN_TO_BE_REPLACED

JOHN ALECHENU and PETER DAVID Ahead of the governorship primary of the All Progressives Congress in Edo State on Monday (tomorrow) the party has dismissed the order gazetted by the state government that political parties must obtain approval of the governor to hold any political gathering. The END_OF_DOCUMENT_TOKEN_TO_BE_REPLACED

The coasts seems clear on Saturday with the clearance of Governor Godwin Obaseki to seek re-election on the platform of his new party, Peoples Democratic Party (PDP). The Hon. Kingsley Chinda-screening committee gave Obaseki a clean bill of health ahead of the PDP primary election END_OF_DOCUMENT_TOKEN_TO_BE_REPLACED

Davidson Iriekpen, Martins Ifijeh in Lagos and Ernest Chinwo in Port Harcourt There may be no respite in sight for Nigerians as far as Coronavirus is concerned if we take what the authorities are saying. Secretary to the Government of the Federation and Chairman, Presidential END_OF_DOCUMENT_TOKEN_TO_BE_REPLACED

Friday Amobi, Port Harcourt These are not the best of times for medical personnel not only in Nigeria but all over the world especially in countries where the global pandemic of Coronavirus is still raging. In some countries they have continued to live in denials END_OF_DOCUMENT_TOKEN_TO_BE_REPLACED