Weeks after the National Agency for Food and Drug Administration and Control approved the use of chloroquine for the clinical trial treatment of the coronavirus disease, states affected by the wide-spreading virus have yet to signify interest to embrace the initiative, Saturday PUNCH has learnt.

The Director General of the agency, Prof Mojisola Adeyeye, on Friday told Saturday PUNCH that only Lagos State, which has 109 confirmed cases, the highest in the country, had signified interest in using the drug for clinical trial to find treatment for the virus.

The other states that have recorded cases are Osun (22 cases); Oyo (eight); Akwa Ibom (five); Ogun (four); Edo (seven); Kaduna (four); Bauchi (three); Enugu (two); Ekiti (two); Rivers (one); Benue (one) and Ondo (one), which was confirmed on Friday evening, and the Federal Capital Territory with 41 cases.

As of Friday evening, the number of confirmed cases in Nigeria stood at 210, out of which 25 patients had been discharged in Lagos and Ekiti states, while four deaths have so far been recorded. The two new deaths confirmed on Friday were in Lagos and Edo states. Across the world, the number of cases had risen to 1,093,887 cases, out of which 228,037 had recovered and 58,752 had died.

The DG had said, “NAFDAC is not approving chloroquine as a product that can be used for coronavirus because there is no submission to us for registration, but because it is under clinical trials, NAFDAC approves medicines meant for clinical trials. Therefore, the medicine is being approved just for the clinical trials.”

NAFDAC’s approval came about three years after the Federal Government in 2017 banned the use of chloroquine and artemisinin monotherapy used in the treatment of malaria in the country. 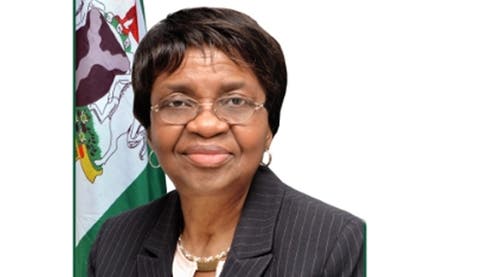 The then Minister of Health, Prof Isaac Adewole, announced the ban during the World Malaria Day in 2017, stating that, “Doctors and nurses have been told that chloroquine is no longer useful and that it is wrong to prescribe artemisinin monotherapy.”

But responding to enquiries on whether states have applied to the agency for clearance to commence the clinical trial, Adeyeye said, “I know that Lagos State has signified interest and the clinical trial is about to start.

“Lagos is prepared. And it is only Lagos that I am aware of. I have not heard of any other institution or hospital.”

When asked if the exercise would involve real patients or just mere volunteers, the NAFDAC boss said, “It is clinical trial treatment we are referring to here. And it is done on the patient, unlike ordinary clinical trial which relies on volunteers.

“Clinical trial treatment includes treatment of patients. So, Lagos has the highest number of cases and Lagos is where it will be set up.

“And they are about to finish setting it up because there should be an approval. NAFDAC has to monitor it. No exact date for Lagos State but it is going to be very soon.”

Confirming the readiness of Lagos State for the clinical trial, the state Commissioner for Information, Mr Gbenga Omotoso, told one of our correspondents on Thursday that the government was working on it.

He said, “Work is ongoing on the clinical trial and once they find it to be okay for treatment, either the NCDC or the Commissioner for Health would announce it. However, the health commissioner had confirmed that the process had begun.”

Meanwhile, further to the approval of the drug for clinical trial, the NAFDAC DG on Monday ordered the manufacturing of chloroquine for emergency stock for possible clinical trial treatment of coronavirus.

She said in a statement that the drug was reported to function as anti-viral at both the entry and post-entry stages of 2019-nCoV infection, adding that chloroquine had also been reported as potential broad spectrum anti-viral drug.

She added, “About four weeks ago, I approached a local manufacturing company (May and Baker), a member of Pharmaceutical Manufacturing Group of Manufacturing Association of Nigeria, whose flagship product in the past was chloroquine, to make a batch of the drug for emergency stock. The company had NAFDAC approval for the production of the drug as anti-malarial many years ago before the discontinuation.”

According to Adeyeye, despite initial difficulty expressed by the managing director of the company, the hurdle was later cleared, leading to the production of the drug, with more to be manufactured.

M&B has produced one million tablets for trial –CEO

Sequel to this, May and Baker Plc, which affirmed that it was recently contracted by NAFDAC to manufacture one million tablets of chloroquine for the clinical trial, said the production was one of three batches meant for emergency stock.

The Managing Director, May & Baker Plc, Nnamdi Okafor, told Saturday PUNCH in an exclusive interview that May and Baker had finished the production of “one million tablets of chloroquine” for the first batch of the proposed clinical trial.

When asked about the date for the proposed clinical trial, Okafor told one of our correspondents that he was not aware. “I really don’t know when the clinical trial would commence, but I want to believe that the government is still putting its protocol together,” he added.

Meanwhile, the company being touted to undertake the clinical trial in the country, Sanofi Nigeria, has said it has not been approached by NAFDAC for a clinical trial.

The General Manager and Country Chair (Nigeria and Ghana), Sanofi, Folake Odediran, however, noted that an independent group in affiliation with the World Health Organisation and working with Lagos State had contacted the company (Sanofi). She added that the proposal on the proposed clinical trial was still being looked into and no decision had been taken on it.

Also, the Medical Director of Sanofi Nigeria, Dr Philip Ikeme, said Sanofi as a global company was in collaboration with the WHO in conducting research. He confirmed that the company had received a request from an independent body to conduct clinical trial on chloroquine in Nigeria but was still keenly looking into the proposal.

Meanwhile, the Ogun State Government said it had not applied for the chloroquine clinical trial because it had no case that warranted it.

Responding to an enquiry by one of our correspondents on Friday, the Special Adviser to Governor Dapo Abiodun on Public Communications, Remmy Hazzan, said, “The reason is that for now, we don’t have any case that would warrant the use or administration of chloroquine. One of our cases is even on the verge of being discharged from the hospital.”

In Osun State, the Commissioner for Health, Dr Rafiu Isamotu, said the state would apply for the clinical trial if the NCDC approved it. He told one of our correspondents that not everyone in isolation would need treatment, adding that those at the isolation centre in Ejigbo were doing well and were in good state.

He added, “If it has been approved for the treatment of COVID-19 by the NCDC, why not? We will apply.”

In Benue State, the Commissioner for Health and Human Services, Dr Sunday Ongbabo, on Friday said there was no need for such at the moment since the index case in the state had been transferred to Abuja.

Ongbabo, who is the secretary, State Action Committee on COVID-19, explained that even though NAFDAC had come out to declare that only Lagos State had shown interest in the clinical trial, Benue could only show similar interest if the NCDC made it mandatory for the state.

“Our state has not applied to NAFDAC and I don’t know when we will until we get directives from the NCDC,” he added.

In Akwa Ibom State, the Commissioner for Health, Dr Dominic Ukpong, said the state would go by the rules set by NAFDAC on the issue. “I go by the rules of NAFDAC,” he added.

In Ekiti State, the Commissioner for Health, Dr Mojisola Yaya-Kolade, said the state did not have to apply for the clinical trial since it was not interested in going into its production.

“There are a lot of international papers which I have had the opportunity to read; they are papers supporting the use of hydroxylchloroquine for the treatment of COVID-19. If papers support it and it is effective as a drug, the fact that a state is requesting does not mean Ekiti State has to request. All of us don’t have to request for it.”

Efforts to get the response of the Edo State Commissioner for Health, Dr Patrick Okundia, on why the state has not shown interest proved abortive. When contacted earlier in the day, he asked one of our correspondents to call back in an hour because he was in a meeting. When his number was dialed again, he didn’t answer the call, neither did he respond to the text message sent to him.

But, in Bauchi State, the Commissioner for Health, Dr Aliyu Maigoro, told one of our correspondents he would give a response to the enquiry on Saturday. “I don’t like answering that kind of question on the phone. Tomorrow (Saturday) there will be (press briefing), when you come, I will answer that.”

Duncan Mighty Accuses His Wife And Her Family Of Plotting To Take Over His Properties Singer, Duncan Mighty, took to social media some hours ago to make wide allegations against his wife, Vivien and her family members, IgbereTV reports. In a lengthy post shared on END_OF_DOCUMENT_TOKEN_TO_BE_REPLACED

Former Miss World, Agbani Darego has welcomed her second child with husband, Ishaya Danjuma. Sharing the good news on her Instagram page, Agbani wrote ‘Thankful’ with a picture that announces the birth of her child. https://www.instagram.com/p/CIX_Kkch1sN/?igshid=a8j6c86ik6z6 Agbani Darego and Danjuma got married in April 2017, END_OF_DOCUMENT_TOKEN_TO_BE_REPLACED

From left to right: Lagos State Governor, Babajide Sanwo-Olu; All Progressives Congress chieftain, Bola Tinubu; wife of the Vice-President, Dolapo Osinbajo; and Vice-President Yemi Osinbajo at the burial of Reverend Omotola Oyediran, the eldest daughter of the late Chief Obafemi Awolowo in Ibadan on Friday END_OF_DOCUMENT_TOKEN_TO_BE_REPLACED

Napoli’s stadium has been renamed after Diego Maradona in memory of the late Argentine who led the club to two Italian league titles, Naples town hall said Friday. The city authorities and the club’s president had proposed renaming the San Paolo Stadium within hours of END_OF_DOCUMENT_TOKEN_TO_BE_REPLACED

From Molly Kilete, Abuja A one day seminar on spiritual warfare organized by the Nigerian army has opened in Abuja with a call on army clerics to come up with stronger ideologies to counter the religious beliefs of terrorists groups ravaging the peace of the END_OF_DOCUMENT_TOKEN_TO_BE_REPLACED