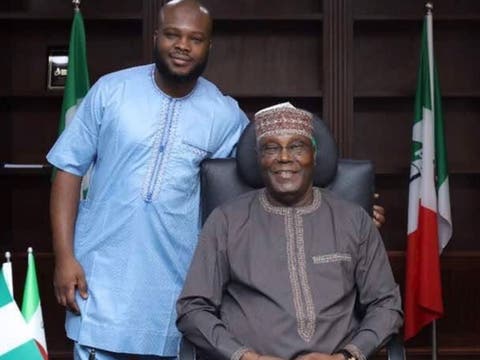 The high and mighty now most vulnerable as Covid-19 turns out a social leveller, writes Samuel Ajayi

It took the announcement by a former Vice-President and the presidential candidate of the Peoples Democratic Party (PDP) in the 2019 presidential election, Atiku Abubakar, to announce that his son, Mohammed, had contracted the raging Coronavirus for many to finally admit that the pandemic was no respecter of status, position, affluence and political power.

As if it was the trigger the notorious virus had been waiting for, the number of high and mighty, especially in Nigeria, that have tested positive to the virus has increased exponentially. In fact, sources told THISDAY that many of them have tested positive and have privately self-isolated without announcing, obviously for egocentric reasons.

A social media user wrote on Facebook that, “All over the world, when people, especially prominent ones, test positive to COVID-19, an announcement is made immediately. But here, (in Nigeria), many of our big men have the virus but have quietly gone underground for fear of stigmatisation, perhaps.”

He added that some of them were even unhappy with any of their fellow top political office holders who chose to make the COVID-19 status public, especially if they had come in contact with the person lately.

The reason being that they usually mingle and discuss at close personal level during their often nocturnal meetings and during routine political meeting, especially during the several meetings held during the recent attempt to remove the national chairman of the ruling All Progressives Congress, APC, Comrade Adam Oshiomhole.

Perhaps, it is reflection of how many top political office holders have become aware that that the people, especially their followers and personal aids, see them as super men and women who are above infirmities and even death.

To demonstrate how much the virus does not respect status, the British Prime Minister, Boris Johnson, announced on Friday that he had tested positive to Coronavirus and would be self-isolating. 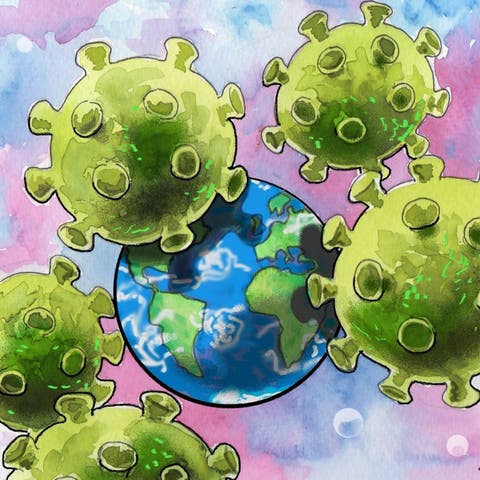 The Secretary of Health, Matt Hancock, also tested positive to the virus. In fact, Johnson, the British Prime Minister, gave detailed account of how he was feeling before going for a test, which came out positive.

In Nigeria, the most prominent case was that of the powerful Chief of Staff to President Muhammadu Buhari, Abba Kyari. Kyari had travelled earlier to Germany and Egypt and did not self-isolate. A test late last week revealed that he had contacted the virus. This gave rise to very rife speculations that President Buhari too might have contracted the dreaded virus. Though, this has been confirmed to be false.

Kyari was not the only big fish the COVID-19 virus caught. Former Minister of the Federal Capital Territory, FCT, and now governor of Bauchi State, Bala Mohammed, had also tested positive to the virus and even claimed he might have contracted it from Mohammed, Atiku’s son.

However, sources told THISDAY that he was also in Germany with the Chief of Staff.

During the week, the Speaker of the Edo State House of Assembly, Frank Okiye, tested positive to the virus and he immediately went into isolation. He had just returned to the country before he tested positive.

Deputy Governor of the state, Mr. Philip Shuaibu, made the announcement. But luckily, his wife and kids tested negative. Just like the wife and kids of Mohammed, Atiku’s son. Besides, Governor Godwin Obaseki, of Edo State, has gone into isolation.

Earlier last week, the Ekiti State governor, Kayode Fayemi, was the first prominent Nigerian leader to announce that he had come into contact with two people who had tested positive to the COVID-19 virus and as a result, would be going into self-isolation. This was even before he had even gone for a test.

A couple of weeks ago, a number of prominent Nigerians had gone to attend the 80th birthday bash of the Nigerian High Commissioner to the United Kingdome, retired Justice George Oguntade. One of the attendees, who spoke with one of THISDAY’s editors said, if there was to be an outbreak, there would be in the hundreds. He said despite the fact that the virus was already ravaging part of the United Kingdome at the time, guests at the birthday bash were mingling, hugging and having body contacts recklessly.

He said the only person who observed social distancing was the wife of a former governor of Lagos State, Dame Abimbola Fashola. What makes the case of high profile individuals, who have contracted the COVID-19 worse is that they could not even travel out of the country for proper medical attention.

It was no wonder, therefore, that the only death recorded was that of a 67-year-old Suleiman Achimugu, a former managing director of the Petroleum Products Marketing Company (PPMC), who just returned from medical treatment abroad was exposed to the virus in the process.

Ordinarily, with dreaded virus like this ravaging the world, they would have simply travelled out of the country to access better and advanced medical facilities; the type years of bad governance had denied the country. Now, some of them are likely to be attended to by the manpower and facilities that are also available for commoners.

Beyond this, however, is the fact that perhaps, the spread of the virus would have been successfully curtailed if the nation’s sea, land and air borders had been closed earlier. But as many Nigerians have come to realise, the decision to keep the nation’s borders open was to allow these prominent Nigerians, their families and friends who were outside the country to return home.

Unfortunately, the spread of the virus has been caused by these same highly placed Nigerians who, rather than self-isolate after being exposed to the virus in the countries they travelled to, chose to mix, relate and socialise with their aides and close relatives upon arrival.

What the nation has at hand now is a virus that has chosen to ravage the high and mighty even more than ordinary Nigerians.

And for the first time, Nigerians have a social leveller in Coronavirus.

Felix Onajite Delta State governor, Okowa and SSG, Chiedu Ebie Two top officials of the Delta State government have tested positive to coronavirus (COVID-19). The chief press secretary to the governor of the state, Mr Olisa Ifeajika, who made this known in a statement in Asaba on END_OF_DOCUMENT_TOKEN_TO_BE_REPLACED

JOHN ALECHENU and PETER DAVID Ahead of the governorship primary of the All Progressives Congress in Edo State on Monday (tomorrow) the party has dismissed the order gazetted by the state government that political parties must obtain approval of the governor to hold any political gathering. The END_OF_DOCUMENT_TOKEN_TO_BE_REPLACED

The coasts seems clear on Saturday with the clearance of Governor Godwin Obaseki to seek re-election on the platform of his new party, Peoples Democratic Party (PDP). The Hon. Kingsley Chinda-screening committee gave Obaseki a clean bill of health ahead of the PDP primary election END_OF_DOCUMENT_TOKEN_TO_BE_REPLACED

Davidson Iriekpen, Martins Ifijeh in Lagos and Ernest Chinwo in Port Harcourt There may be no respite in sight for Nigerians as far as Coronavirus is concerned if we take what the authorities are saying. Secretary to the Government of the Federation and Chairman, Presidential END_OF_DOCUMENT_TOKEN_TO_BE_REPLACED

Friday Amobi, Port Harcourt These are not the best of times for medical personnel not only in Nigeria but all over the world especially in countries where the global pandemic of Coronavirus is still raging. In some countries they have continued to live in denials END_OF_DOCUMENT_TOKEN_TO_BE_REPLACED