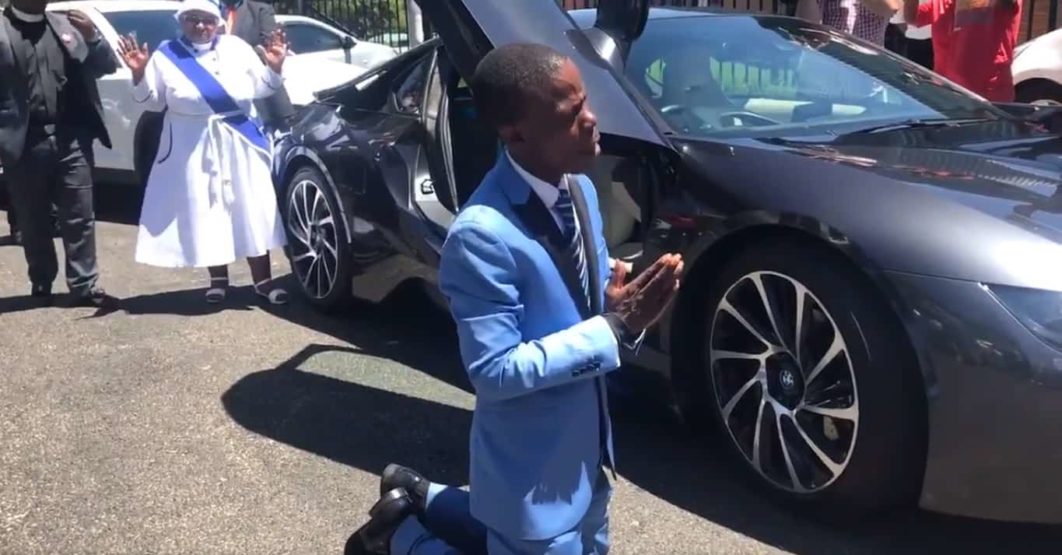 As the number of coronavirus infections rises rapidly across the world, a South African clergy, Pastor Mboro has offered to go to hell and fight the demon responsible for the pandemic.

According to Kenya Updates, Pastor Mboro has offered to embark on the dangerous journey and save mankind only for a sum of $100,000 (₦36,700,000)to cover his transport logistics.

“I am ready to save mankind, ” Pastor Mboro said, “I have seen a vision of how the Coronavirus demon looks like and I will defeat it,”

The pastor also stated that there was no need to waste money on research as the real cause of the disease that has infected 640,589 people with 29,848 deaths is a demon in hell which he has volunteered to kill.

“There is no need for worry and expensive research, the real problem is the demon causing this disease and I am ready to kill it once and for all,” Pastor Mboro said.

The pastor gave an ultimatum saying the money should come no later than the second week in April.

In 2017, a South African news site reported that the controversial pastor charged his church members a sum of 5,000 rands (₦104,455) to view pictures he allegedly took with his smartphone while in heaven during an Easter church service.

Felix Onajite Delta State governor, Okowa and SSG, Chiedu Ebie Two top officials of the Delta State government have tested positive to coronavirus (COVID-19). The chief press secretary to the governor of the state, Mr Olisa Ifeajika, who made this known in a statement in Asaba on END_OF_DOCUMENT_TOKEN_TO_BE_REPLACED

JOHN ALECHENU and PETER DAVID Ahead of the governorship primary of the All Progressives Congress in Edo State on Monday (tomorrow) the party has dismissed the order gazetted by the state government that political parties must obtain approval of the governor to hold any political gathering. The END_OF_DOCUMENT_TOKEN_TO_BE_REPLACED

The coasts seems clear on Saturday with the clearance of Governor Godwin Obaseki to seek re-election on the platform of his new party, Peoples Democratic Party (PDP). The Hon. Kingsley Chinda-screening committee gave Obaseki a clean bill of health ahead of the PDP primary election END_OF_DOCUMENT_TOKEN_TO_BE_REPLACED

Davidson Iriekpen, Martins Ifijeh in Lagos and Ernest Chinwo in Port Harcourt There may be no respite in sight for Nigerians as far as Coronavirus is concerned if we take what the authorities are saying. Secretary to the Government of the Federation and Chairman, Presidential END_OF_DOCUMENT_TOKEN_TO_BE_REPLACED

Friday Amobi, Port Harcourt These are not the best of times for medical personnel not only in Nigeria but all over the world especially in countries where the global pandemic of Coronavirus is still raging. In some countries they have continued to live in denials END_OF_DOCUMENT_TOKEN_TO_BE_REPLACED