The United States Government says there is evidence that Nigerian security agents, including the Department of State Services and the Nigerian Army, intimidated voters, officials of the Independent National Electoral Commission and even election observers during the 2019 general elections.

According to the US, this fuelled the impression that the Nigerian Army worked for the success of the ruling All Progressives Congress.

The US further stated that the Nigerian judiciary was still susceptible to intimidation by the executive and the legislative arms of government, adding that there was corruption in the judiciary, which made it not to be able to function independently.

These observations are contained in the 2019 Country Reports on Human Rights Practices in Nigeria released by the US Department of State on Wednesday,  a copy of which was obtained by Sunday Punch on Saturday.

“There was evidence military and security services intimidated voters, electoral officials and election observers. In addition violence in several states contributed to lower voter participation and added to the sentiment the army is a tool of the ruling party in many parts of the country, particularly in the South.

“For example, widespread violence and military involvement in electoral processes, including during the vote collation process, significantly scarred the governorship election in Rivers State. Additionally several of INEC’s resident electoral commissioners reported DSS operatives intimidated them when the RECs attempted to protect voting materials. Some RECs reported security service personnel visited them multiple times prior to the elections.”

According to the report, the judiciary has been unable to function optimally due to executive and legislative intimidation as well as corruption. 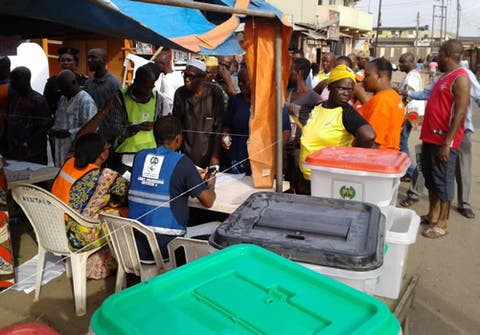 The US stated, “Although the constitution and law provide for an independent judiciary, the judicial branch remained susceptible to pressure from the executive and legislative branches. Political leaders influenced the judiciary, particularly at the state and local levels.

“Understaffing, underfunding, inefficiency, and corruption prevented the judiciary from functioning adequately. There are no continuing education requirements for attorneys, and police officers were often assigned to serve as prosecutors. Judges frequently failed to appear for trials. In addition, the salaries of court officials were low, and they often lacked proper equipment and training.

Speaking further on the judiciary, the US report noted, “There was a widespread public perception that judges were easily bribed and litigants could not rely on the courts to render impartial judgments.

“The constitution and law provide for an independent judiciary in civil matters, but the executive and legislative branches, as well as business interests, exerted influence and pressure in civil cases. Official corruption and lack of will to implement court decisions also interfered with due process.”

Meanwhile, the report also highlighted the high rate of human rights abuse perpetuated by security agents against journalists, rights groups and the Islamic Movement of Nigeria.

It stated that Buhari’s government had not taken action against any of the military officials that killed over 300 Shiites in 2015.

The US explained that Governor Nasir el-Rufai of Kaduna State had set up a panel of inquiry on the matter and the panel had also called for the proscription of the IMN which was done. However, the aspect of the report that indicted military officers had not been implemented.

The report adds, “As of September (2019) there were no reports of the Federal Government further investigating or holding individuals accountable for the 2015 killing and subsequent mass burial of members of a Shia political organisation, the Islamic Movement of Nigeria, and other civilians by Nigerian Army forces in Zaria, Kaduna State.

“A 2016 report by the government of Kaduna State included acceptance of the commission’s recommendation to investigate and prosecute allegations of excessive and disproportionate use of force by the Nigerian Army. As of September, there was no indication that authorities had held any members of the NA accountable for the events in Zaria.”

On the state of the prisons (now Nigerian Correctional Service), the report pointed out that prison and detention centre conditions remained harsh and life threatening. “Prisoners and detainees reportedly were subjected to gross overcrowding, inadequate medical care, food and water shortages, and other abuses; some of these conditions resulted in deaths.”

Meanwhile, attempts to get a response from the APC were unsuccessful as of the time of filing this report.

Calls made to the party’s National Publicity Secretary, Mallam Lanre Issa-Onilu, were neither answered nor returned. A response to a text sent to him on the subject was still being awaited as of press time.

Report has vindicated us –PDP

In its reaction, the main opposition party, the Peoples Democratic Party, said the report had vindicated its position on the election.

National Chairman of the party, Prince Uche Secondus, who spoke with one of our correspondents, described the position of the US as the “voice of the people.”

He said, “We have always been saying it. Our members were maimed, killed, harassed and even burnt. The security agents did not do anything while the crime against our members was being carried out. The report is the voice of the people which the government thought it had silenced.”

Also, attempts to get a reaction from the Minister of Information and Culture, Lai Mohammed, proved abortive.

Also, when contacted, the spokesperson for the DSS, Peter Afunnaya, asked one of our correspondents who called him to send him a text, which was sent. But as of the time of filing this report, he had yet to reply.

Also, a lecturer at the Faculty of Law, University of Jos. Prof Nnamdi Aduba, agreed with the US report, saying corruption had really been preventing Nigerian judiciary from performing their duties well.

In an interview with one of our correspondents, he said, “ If you look at the lifestyle of some of those in the judiciary, you will marvel at the level of corruption. That is why they could not speak with one voice when they took the former Chief Justice of Nigeria. Look at the contradictory judgments they are giving. The former CJN warned them against giving  ex parte orders but have they stopped?”

Felix Onajite Delta State governor, Okowa and SSG, Chiedu Ebie Two top officials of the Delta State government have tested positive to coronavirus (COVID-19). The chief press secretary to the governor of the state, Mr Olisa Ifeajika, who made this known in a statement in Asaba on END_OF_DOCUMENT_TOKEN_TO_BE_REPLACED

JOHN ALECHENU and PETER DAVID Ahead of the governorship primary of the All Progressives Congress in Edo State on Monday (tomorrow) the party has dismissed the order gazetted by the state government that political parties must obtain approval of the governor to hold any political gathering. The END_OF_DOCUMENT_TOKEN_TO_BE_REPLACED

The coasts seems clear on Saturday with the clearance of Governor Godwin Obaseki to seek re-election on the platform of his new party, Peoples Democratic Party (PDP). The Hon. Kingsley Chinda-screening committee gave Obaseki a clean bill of health ahead of the PDP primary election END_OF_DOCUMENT_TOKEN_TO_BE_REPLACED

Davidson Iriekpen, Martins Ifijeh in Lagos and Ernest Chinwo in Port Harcourt There may be no respite in sight for Nigerians as far as Coronavirus is concerned if we take what the authorities are saying. Secretary to the Government of the Federation and Chairman, Presidential END_OF_DOCUMENT_TOKEN_TO_BE_REPLACED

Friday Amobi, Port Harcourt These are not the best of times for medical personnel not only in Nigeria but all over the world especially in countries where the global pandemic of Coronavirus is still raging. In some countries they have continued to live in denials END_OF_DOCUMENT_TOKEN_TO_BE_REPLACED