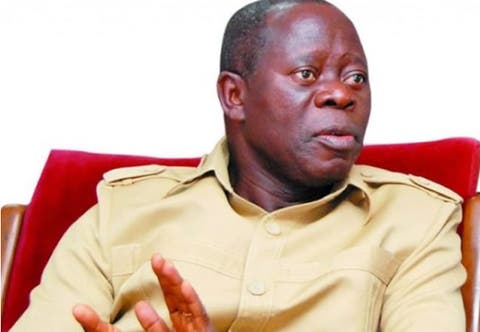 There was uncertainty on Thursday over the All Progressives Congress National Executive Committee  meeting scheduled to hold on Tuesday as multiple lawsuits and injunctions  worsened the crisis in the party.

On Thursday, the Federal High Court in Lagos ordered that the NEC meeting  must not hold except a former Oyo State governor, Abiola Ajimobi; Waziri Bulama and Paul Chukwuma, were allowed to attend.

This is just as another Federal High Court in Ekiti fixed March 23, 2020 for hearing in a suit challenging the appointment of Ajimobi as the Deputy National Chairman (South) of the APC.

Also on the contentious NEC meeting and the suspension of the party’s National Chairman, Adams Oshiomhole, the Court of Appeal in Abuja will on Monday hear the appeal filed by  Oshiomhole to challenge his suspension  by the High Court of the Federal Capital Territory in Jabi, Abuja, on March 4.

But  in Lagos on Thursday,  the  Federal High Court in a ruling by Justice Mohammed Liman, restrained the APC and its officials from “disturbing, preventing or obstructing Bulama, Ajimobi and Chukwuma from carrying out their duties as acting national secretary, acting national deputy chairman (South) and acting national auditor of the APC, respectively.”

Justice Liman’s orders followed an ex parte application filed by the Lagos State Chairman of the APC, Tunde Balogun, which was argued by his lawyer, Gani Bello.

He told the court that after the three offices became vacant and were zoned to different geopolitical zones, Bulama was nominated by the North-East; Ajimobi, by the South-West; and Chukwuma, by the South-East.

He stated, “By virtue of the ratification stated above, the nominees have become members of the National Executive Council and are entitled by the constitution of the defendant (APC) to work and operate in acting capacities in their respective offices pending their swearing-in at the National Convention of the party.

“In spite of the foregoing, the defendant (APC), acting through its officials and officers, particularly, the Deputy National Secretary, has not allowed the nominees to perform their duties as members of the National Executive Council,” Balogun said.

Balogun prayed the court to compel the APC to recognise them.

After listening to the applicant’s lawyer, Justice Liman granted the prayers and adjourned till March 25, 2020 to take the Motion on Notice.

Meanwhile, a Federal High Court sitting in Ado Ekiti, Ekiti State, on Thursday adjourned hearing in a suit challenging the appointment of Ajimobi.

Justice U. N. Agoma, in her brief ruling after listening to counsel, adjourned the case till March 23 for hearing of the pending applications.

The applicant, Mr Michael Akinleye, who is the APC Chairman in Ado Ekiti Local Government Area, is in the suit with number FHC/AD/C8/8/2020, challenging the propriety of Ajimobi’s appointment by the APC NWC  through alleged imposition. Akinleye is also APC deputy chairmanship aspirant.

The position became vacant following the appointment of the immediate past occupant, Chief Niyi Adebayo, as Minister of Industry, Trade and Investment.

Consequently, the Ekiti APC is of the opinion that its nominee for the position, Senator Gbenga Aluko, should be allowed to fill the vacancy in respect of the party’s ‘micro-zoning’.

In the originating summons filed by his lawyer, Taiwo Omidoyin, the applicant sought an interlocutory order stopping the party from either announcing or appointing Ajimobi pending the determination of the suit.

But  a preliminary objection filed by Chief Tony Adeniyi, who is representing all the respondents with the exemption of 5th and 6th respondents, contended that the court lacked the jurisdiction to hear the matter and that the suit be dismissed on this premise.

The Court of Appeal in Abuja will on Monday hear the appeal filed by Oshiomhole to challenge his suspension.

Justice Danlami Senchi of the FCT High Court had issued the interlocutory injunction on the grounds that the party wrongfully continued to retain Oshiomhole as its National Chairman while he was under suspension as a member of the party in his ward branch of the party in Edo State.

Felix Onajite Delta State governor, Okowa and SSG, Chiedu Ebie Two top officials of the Delta State government have tested positive to coronavirus (COVID-19). The chief press secretary to the governor of the state, Mr Olisa Ifeajika, who made this known in a statement in Asaba on END_OF_DOCUMENT_TOKEN_TO_BE_REPLACED

JOHN ALECHENU and PETER DAVID Ahead of the governorship primary of the All Progressives Congress in Edo State on Monday (tomorrow) the party has dismissed the order gazetted by the state government that political parties must obtain approval of the governor to hold any political gathering. The END_OF_DOCUMENT_TOKEN_TO_BE_REPLACED

The coasts seems clear on Saturday with the clearance of Governor Godwin Obaseki to seek re-election on the platform of his new party, Peoples Democratic Party (PDP). The Hon. Kingsley Chinda-screening committee gave Obaseki a clean bill of health ahead of the PDP primary election END_OF_DOCUMENT_TOKEN_TO_BE_REPLACED

Davidson Iriekpen, Martins Ifijeh in Lagos and Ernest Chinwo in Port Harcourt There may be no respite in sight for Nigerians as far as Coronavirus is concerned if we take what the authorities are saying. Secretary to the Government of the Federation and Chairman, Presidential END_OF_DOCUMENT_TOKEN_TO_BE_REPLACED

Friday Amobi, Port Harcourt These are not the best of times for medical personnel not only in Nigeria but all over the world especially in countries where the global pandemic of Coronavirus is still raging. In some countries they have continued to live in denials END_OF_DOCUMENT_TOKEN_TO_BE_REPLACED