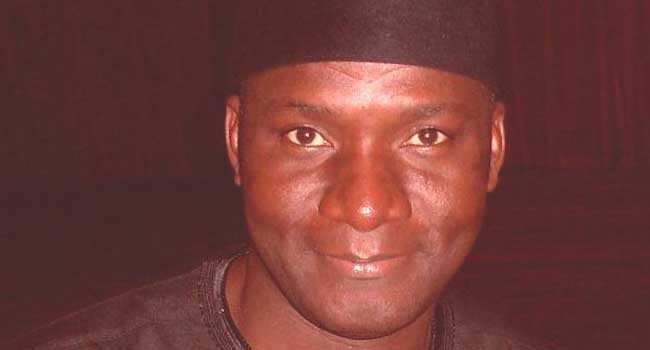 The defendants are being prosecuted by the Economic and Financial Crimes Commission, EFCC for a five-count charge of conspiracy and possession of proceeds of crime to the tune of N450m.

At the last adjourned sitting on March 11, 2020, the Judge had fixed March 12, 2020, for ruling on the admissibility of the Closed-circuit Television, CCTV, footage and its Certificate of Identification sought to be tendered in evidence by the first defendant, Belgore.

Delivering his ruling, the Judge admitted in evidence CCTV footage and the Certificate of Identification.

Justice Aikawa held that it is permissible for a document to be identified by any other than the maker “as the document is not meant to decorate the archives of the court.”

The Judge also overruled the objections of the prosecution and held that the documents could be used by the witness.

Upon admittance of the documents, counsel to the first defendant, Ebun Sofunde, SAN, asked that the video clip (CCTV footage) be viewed in the open court.

However, counsel for the EFCC, Rotimi Oyedepo, argued that viewing the tape would cause an avoidable delay.

Oyedepo, therefore, urged the court to view the video clip at its leisure and form part of the judgment.

Oyedepo also said the prosecution would consent to taking the document as being viewed so as not to waste the time of the court.

Sofunde, in his response, said that a document on tape must be jointly demonstrated and viewed in the open court, “otherwise parties intending to use it will be accused of dumping it before the court.”

Sofunde, therefore, urged the court to refuse the prayers of the prosecution.

Justice Aikawa ruled in favour of the defence, saying that “it is safer in the interest of justice and fair hearing that the court views the tape in the presence of all parties.”

Sheik Abduljabar Nasiru-Kabara Tukur Muntari, Kano THE Kano State Government has fixed Sunday, March 7, 2021, for a debate between the embattled Islamic cleric, Sheikh Abduljabbar Kabara and other Islamic clerics. The state Commissioner for Information, Malam Mohammed Garba, made the disclosure in an END_OF_DOCUMENT_TOKEN_TO_BE_REPLACED

Ted Odogwu  and Leke Baiyewu Salihu Yakasai, the son of an elder statesman, Alhaji Tanko Yakasai, is still in the custody of the Department of State Services. Salihu was arrested by the DSS on Friday after he posted on social media that the All Progressives END_OF_DOCUMENT_TOKEN_TO_BE_REPLACED

Food vendors lament #Afenifere, PANDEF threaten retaliation #No going back unless… – Dealers #We are not part of strike — Southern MACBAN The strike action embarked upon by the cattle and foodstuff dealers under the aegis of the Amalgamated Union of Foodstuff and Cattle Dealers END_OF_DOCUMENT_TOKEN_TO_BE_REPLACED

Food items will not be transported to southwest until Fulanis are safe – Miyetti Allah Coordinator of the Kwara State chapter of Miyetti Allah Association of Cattle Breeders, Aliyu Mohammed, has said that the blockage of cattle and foodstuffs to the South West through Kwara END_OF_DOCUMENT_TOKEN_TO_BE_REPLACED