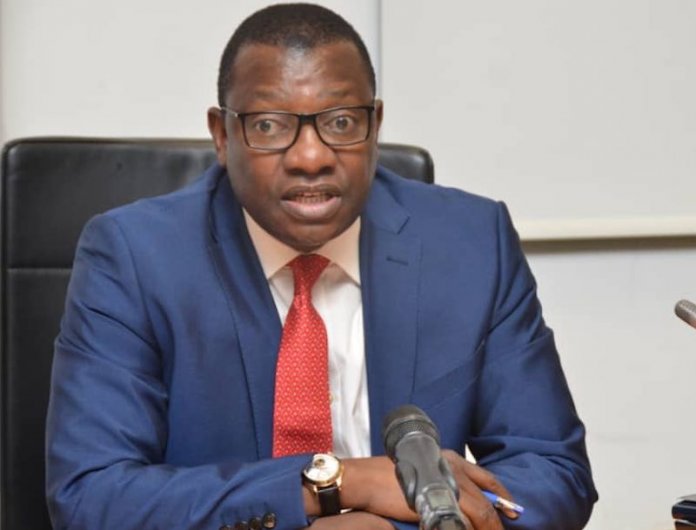 The outgoing Managing Director of the Petroleum Products Marketing Company (PPMC), a subsidiary of the Nigerian National Petroleum Corporation (NNPC), Mr. Bala Wunti, is stepping into one of the most important roles in the Nigerian oil industry following his appointment to the position of the Group General Manager, National Petroleum Investment Management Services (NAPIMS).

NAPIMS is another subsidiary of the NNPC that oversees the corporation’s joint upstream investments with the major oil producing companies in Nigeria.

An online newspaper, The Whistler reported that Wunti’s new appointment followed a major shake-up in the national oil company in which a number of top management officials of the corporation are being moved to new divisions or roles.

The position of GGM of NAPIMS is usually meant for those who are deeply knowledgeable about the oil business and whose experience traverses the whole gamut of the industry.

With experience spanning close to 30 years, Wunti, the initiator of ‘Operation White,’ a system put in place to promote transparency and accountability in the distribution of petroleum products across the country, is indeed an accomplished oil and gas technocrat.

Wunti, a thoroughbred oil and gas industry professional, is a graduate of Chemistry from the Ahmadu Bello University, Zaria, with an MBA in Marketing from the Tafawa Balewa University in Bauchi and a Postgraduate Diploma in Management from the same school.

The new NAPIMS’ GGM joined the NNPC in 1994 as a Production Programming Officer at the Eleme Petrochemichal Complex, Eleme, and was the Assistant Chief Market Research Officer, Marketing Department, Commercial Division, Eleme Petrochemical Limited, Port Harcourt between 1998 and 2004,

From 2004 to 2010, he was Head of Market Research, Brass LNG Limited, Lagos. Furthermore, between 2013 and 2015, Wunti became the Senior Special Advisor, Technical, to the Group Managing Director, NNPC.

From 2017 to 2019, he became the Group General Manager, NNPC Corporate Planning and Strategy, in 2019, he was appointed the Managing Director, Petroleum Products Marketing Company.

As the PPMC MD, he ensured that petrol scarcity was eliminated by promoting transparency in fuel distribution.

He holds membership of key oil industry associations including the Nigerian Gas Association, National Institute of Marketing of Nigeria, Polymer Institute of Nigeria and Chemical Society Of Nigeria.

The new NAPIMS’ henchman has a proven track record in energy diplomacy, international coordination and relationship management as the Nigeria National Representative in in the Gas Exporting Countries’ Forum.

By Adeola Badru Unknown gunmen struck again, as they reportedly kidnapped 18 passengers along Igboora-Eruwa road in Ibarapaland, Oyo state. The incident which was said to have occurred in the early hours of Thursday morning has reportedly increased apprehensions in the minds of commuters and END_OF_DOCUMENT_TOKEN_TO_BE_REPLACED

Lai Mohammed, minister of information and culture, says it is in the best interest of Nigerian elites for the country to remain united. Mohammed stated this on Wednesday when he featured on a NAN flagship interview programme, NAN Forum. The minister accused elites of fanning END_OF_DOCUMENT_TOKEN_TO_BE_REPLACED