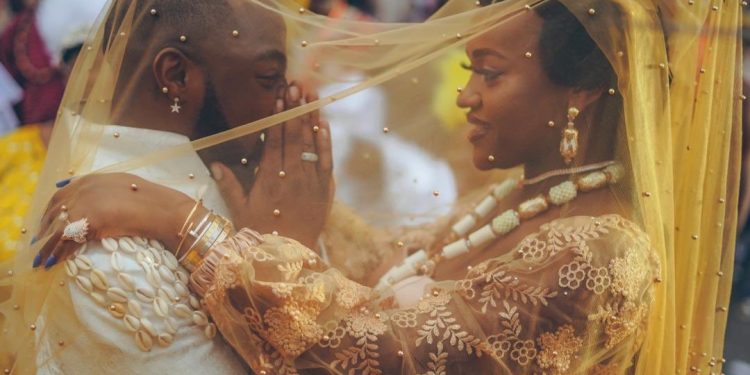 Davido has featured his fiancee, Chioma Rowland in a music video again.

Chioma first appeared in one of Davido’s music videos, ‘Assurance’ in 2018.

Davido had said in various interviews that the song, ‘Assurance’ was dedicated to his partner, hence the reason for featuring her in the video.

In the same vein, Chioma has appeared as the major vixen for Davido’s new music video. The video is for ‘1 milli,’ one of the songs off Davido’s sophomore album, ‘A Good Time’, which was released in 2019.

The music video for ‘1 milli’ has many similarities with the video for ‘Assurance’ as both Davido and Chioma kept displaying public affection throughout the 3-min long video.

Davido and Chioma got engaged in 2019 after Davido proposed to the pregnant culinary expert.

The singer and his fiancee welcomed a son together in 2019 and have hinted fans plan to tie the nuptials in 2020.

COVID-19: Audit Report Exposes Why FG  Has Been unable To Tackle Ravaging Pandemic Despite Billions expended ……. Says PTF lacks  mandate to coordinate agencies …..as over n1.9trn rakes in as donations The  audit report from the Office of the Auditor-General of the Federation (OAuGF) END_OF_DOCUMENT_TOKEN_TO_BE_REPLACED

Federal Government disbursed N518 million to Sokoto State Government in 2020 as National Healthcare Intervention Fund aimed at enhancing the lives of vulnerable persons in the society, Dr Nasir Sambo, the Executive Secretary, National Health Insurance Scheme (NHIS) said. He made this known in an END_OF_DOCUMENT_TOKEN_TO_BE_REPLACED

Family of five-year-old found dead seeks justice The family of a five-year-old boy, Osinachi Stephen, who was found dead in a car at Egbu in Owerri, Imo State, has demanded justice for him. The child’s grandmother, Mrs Stella Aguguo, said she could not believe that END_OF_DOCUMENT_TOKEN_TO_BE_REPLACED

The National Agency for Food and Drug Administration and Control (NAFDAC) on Friday stated that it has not approved any COVID-19 vaccine. It warned fake vaccines have started circulating in the country, urging the public not to purchase such drugs as they can cause COVID-19-like END_OF_DOCUMENT_TOKEN_TO_BE_REPLACED

The Federal Government, on Thursday, banned overcrowding and large gatherings such as assemblies and visiting days, as schools reopen on Monday. It also put limitations to class sizes and hostel occupancy and asked the schools to ensure compulsory wearing of face masks by all students, END_OF_DOCUMENT_TOKEN_TO_BE_REPLACED