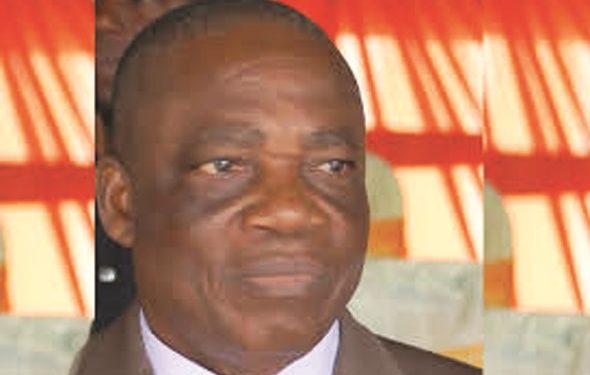 The All Progressives Congress (APC) Unity Forum in Ondo State will endorse a consensus candidate for governor at the primary.

Recently, the group set up a Special Purpose Committee to conduct the selection.

As at the last meeting of the group, eight aspirants have shown interest in the governorship race. They are: Olusola Oke, Bukola Adetula, Ife Oyedele, Olusegun Abraham, Akin Awodeyi, Olaide Adelami, Kazeem Olanrewaju and Jimmy Odimayo.

At a meeting presided over by the leader of the group, Alhaji Ali Olanusi, the eight aspirants who were present agreed to pick one of them as the consensus candidate while others rally support for him. Olanusi promised a level playing ground for the aspirants.

The Unity Forum continues to wax stronger as some other splinter groups already joined forces with it while some are presently in discussion to also join.

However, there are aspirants who do not belong to the Unity forum apart from Akeredolu. Former Chairman of the party Isaac Kekemeke and Nigeria’s Ambassador to Togo, Olusola Iji, are also in the race.

About 80 per cent of leaders and members of the party belong to the Unity Forum. Even, others, who appear to be with Akeredolu are already fraternising with the Unity Forum and may rock the boat when the time comes.

Again, the fact that the party recently announced it, make use of the direct primary option has made the task more difficult.

The Unity Forum is likely to throw up her candidate before the end of March, 2020, and one of the eight aspirants will definitely emerge as the symbol of the group at the primary election. Time will tell who will fly the flag of the group.

Governors of the 19 states in the North have opposed the call by their southern counterparts that the Presidency should be zoned to the South in 2023. This formed part of the resolutions reached on Monday when the governors held an emergency meeting with traditional rulers END_OF_DOCUMENT_TOKEN_TO_BE_REPLACED

Gunmen on Sunday reportedly attacked some members of the All Progressives Congress (APC) in Nnewi North Local Government Area of Anambra State, killing one of its members. DAILY POST gathered that the party members were holding a meeting of Uruagu Ward 3, in preparation for END_OF_DOCUMENT_TOKEN_TO_BE_REPLACED

The Zenith Labour Party Gubernatorial candidate in the forthcoming Anambra Governorship election, Dr Obiora Okonkwo has stated that he is ready to attract a minium of 10billion dollars worth of Direct Foreign Investment to the State from Russia if elected. The Anambra state gubernatorial hopeful END_OF_DOCUMENT_TOKEN_TO_BE_REPLACED