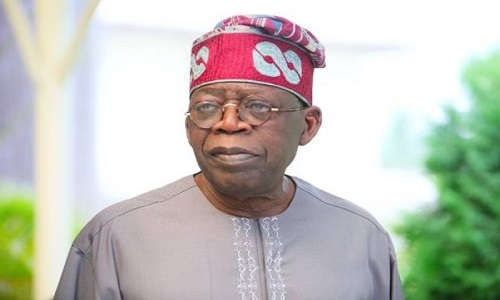 Special Adviser on Media to Tinubu, Mr. Tunde Rahman, spoke against the background of insinuations that he deliberately turned down an invitation to participate in activities marking the third anniversary of the governor in office.

Rahman told the News Agency of Nigeria (NAN) that Tinubu was invited to inaugurate some legacy projects of the Akeredolu administration but “the APC leader could not honour the invitation because of an earlier scheduled trip abroad.”

He added: “As much as I know, Asiwaju Tinubu did not turn down the invitation; the date suggested by Governor Akeredolu coincided with the timing of an already scheduled trip overseas by Asiwaju. He did not reject the invitation.

“Some opposition politicians in the state had interpreted Tinubu’s inability to keep the initial date for the inauguration of the projects as a clear rejection of Governor Akeredolu and his projects.

“I can tell you that once he returns from his trip, a new date will be picked.

“He will be there in Ondo to inaugurate the projects as requested by the governor,” Rahman added.

Many Nigerians are currently trapped in the Caribbean Island of St. Vincent and the Grenadines due to a volcanic eruption. Dr Levi Odoe, the Consul-General of Nigeria on the Island, has appealed for support from the Nigerian government and other public-spirited entities around the world. END_OF_DOCUMENT_TOKEN_TO_BE_REPLACED

International financial expert and Chartered Accountant, Akin Oladeji-Johnbrown has been declared as hero of Covid-19 pandemic by a Canadian City, Mississauga, Ontario. In the letter of award, by the city’s Mayor, Bonnie Crombie, Oladeji-Johnbrown is among the few residents identified to have rendered critical services END_OF_DOCUMENT_TOKEN_TO_BE_REPLACED

Ned Nwoko By Emma Amaize A former member of House of Representatives, Hon Prince Ned Nwoko has expressed fear over escalating insecurity in the country, warning that if uncurbed, it could threaten the existence of the nation with the lives of citizens already endangered. Prince END_OF_DOCUMENT_TOKEN_TO_BE_REPLACED