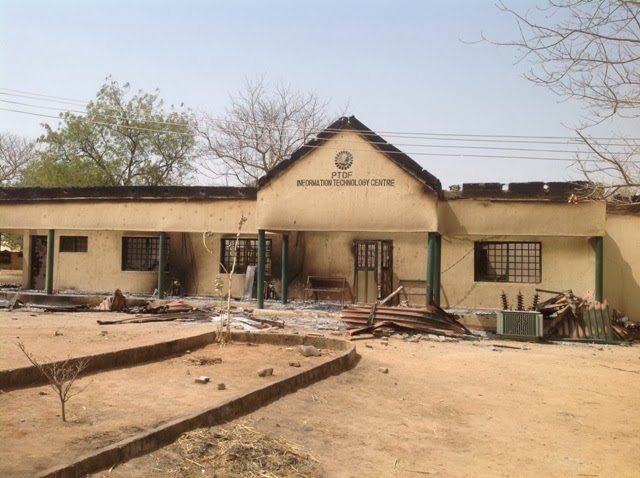 The college was attacked by Boko Haram insurgents and massacred the students in their hostels on February 24, 2014.

The anniversary was marked with special prayers in mosques and churches, led by Imam Idi Adamu and Pastor Barnabas Ibrahim in Potiskum.

Speaking on the attack and killing, FGC’s Principal, Umar Sulayman, said: “Today marks the sixth year of the incident insurgent attack that befell our 29 students.

“They were brutally killed by Boko Haram insurgents. As a result, our members of staff also lost their property and their houses torched.”

He said the “rebuilding and renovation projects” of the college has reached 80 per cent completion, assuring that this will enable surviving students return when security situation improves in the Damaturu/Biu axis.

Sulayman, therefore, appealed to Governor Maimala Buni to intervene and overcome the challenges facing the college.

He listed the challenges to include additional hostel, dining hall, a block of classroom, and a Coaster Toyota bus that will be conveying students for sporting and educational trips.

Abdullahi Bazuwa, who represented the governor at the anniversary, pledged to convey the demands of parents and stakeholders of the college to the governor.

Meanwhile, Lawan Gujja, who spoke on behalf of parents of the massacred students, said: “We’ll never forget that ugly day in our lives.

“I am a parent and a community leader in Buni Yadi. My late son, Sulayman Mohammed Gujja, was involved in the attack and died instantly.”

“The former Yobe State Governor Ibrahim Gaidam was kind to us as he gave us a million naira each.

“The wife of the President, Aisha Muhammadu Buhari, invited us to the Presidential Villa and she spoke well to us and we appreciated her concerns about our feelings.

On how parents were short-changed, he said: “I pleaded that she should give it (funds) through the minister.

“Thereafter, the Personal Assistant to the Wife of the President called us informing that N55 million naira has been secured,
N30 million for Chibok girls while N25 million for us.

“This shows that only N5.8 million was released and disbursed to us while we don’t know the whereabouts of N19.2 million six years after the massacre of the students.”

Governors of the 19 states in the North have opposed the call by their southern counterparts that the Presidency should be zoned to the South in 2023. This formed part of the resolutions reached on Monday when the governors held an emergency meeting with traditional rulers END_OF_DOCUMENT_TOKEN_TO_BE_REPLACED

Gunmen on Sunday reportedly attacked some members of the All Progressives Congress (APC) in Nnewi North Local Government Area of Anambra State, killing one of its members. DAILY POST gathered that the party members were holding a meeting of Uruagu Ward 3, in preparation for END_OF_DOCUMENT_TOKEN_TO_BE_REPLACED

The Zenith Labour Party Gubernatorial candidate in the forthcoming Anambra Governorship election, Dr Obiora Okonkwo has stated that he is ready to attract a minium of 10billion dollars worth of Direct Foreign Investment to the State from Russia if elected. The Anambra state gubernatorial hopeful END_OF_DOCUMENT_TOKEN_TO_BE_REPLACED