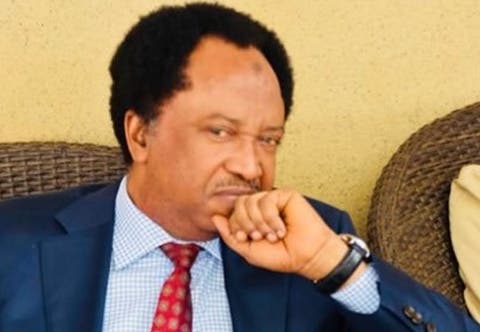 Two members of staff of a new generation bank, on Tuesday, gave their evidence in the ongoing trial of a former lawmaker representing Kaduna Central, Senator Shehu Sani, at the Federal High Court, Abuja.

Beckley and Elizabeth, who were compliance officers with the bank, testified before Justice Inyang Ekwo in two counts of bribery and advance fee fraud levied against Sani by the EFCC.

News Agency of Nigeria reports that the EFCC had, on January 27, arraigned the former lawmaker, who was arrested in December 2019 for allegedly “collecting 25,000 dollars″ in the name of the EFCC acting chairman, Ibrahim Magu

He, however, pleaded not guilty to the charges.

Nicholas Kalu, Abuja     INSPECTOR General of Police (IGP) Mohammed Adamu has said 18,360 community policing officers (CPOs) have been screened, vetted, recruited and trained. This was as the Acting Chairman of the National Salaries and Wages Commission (NSWC), Ekpo Nta, said a new END_OF_DOCUMENT_TOKEN_TO_BE_REPLACED