The Senate has clarified that Senator Biobarakuma Degi-Eremienyo remains a  member of the upper chamber for now despite the certificate forgery which denied him a chance to become Bayelsa State deputy governor.

The Supreme Court stopped David Lyon of the All Progressives Congress from being inaugurated as Bayelsa State governor,  along with Degi-Eremienyo, on the eve of his inauguration after the latter submitted forged certificates to the Independent National Electoral Commission.

Spokesman for the Senate,  Godiya Akwashiki, said on Friday that Degi-Eremienyo’s place in the upper chamber was not under threat.

Akwashiki told one of our correspondents that the Supreme Court did not address the issue of his senatorial status while delivering judgment on the Bayelsa governorship election.

He said the process to recall a senator could only start if they were dead,  had a recall demand from his constituency or through a court pronouncement directing INEC to withdraw their certificate of return.

Akwashiki said, “The process of declaring somebody’s seat vacant is in three stages based on the provisions of the law.

“It is either by death;  If his constituents demand his recall, or if any court of law, (tribunal,  appeal, or Supreme Court), ordered that INEC should withdraw their certificate of return.

“In this situation,  the judgment did not say anything about his (Degi-Eremienyo’s) senatorial seat.

“The judgment only addressed the issue of the Bayelsa State governorship election.

“Also in the case of Degi-Eremienyo,  he has not taken any oath of allegiance.

“The oath of allegiance that he took in the Senate still subsists since the Supreme Court did not mention his seat at the Senate in its judgment.

“For now, the Senate cannot do anything about his seat. He is still, a democratically elected member of the Senate.”

Akwashiki justified the decision of the President of the Senate, Ahmad Lawan, to declare the seats of the governor  (Douye Diri) and deputy governor (Lawrence Ewhrudjakpo) of Bayelsa State vacant. 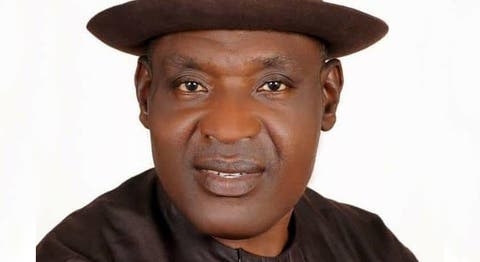 He said the action was necessary because the duo, who were serving senators before the Supreme Court pronouncement, had taken oaths of office during their inauguration at the National Assembly.

He said, “The Senate President acted according to the law because,  both Duoye and Ewhrudjakpo  cannot take oaths of office twice.”

Meanwhile, a senator, who is also a principal officer of the Senate, told one of our correspondents on condition of anonymity that the upper chamber lacked the power to declare Degi-Eremienyo’s seat vacant on account of certificate forgery.

He said, “Is there any provision in the constitution that says the National Assembly should send a letter of recall to INEC because a senator allegedly presented a forged certificate to contest election?

“The seat of a lawmaker can only be declared vacant by court pronouncement, by recall or by death.

Crisis Brews In Women Centre Over Refusal Of Procurement Director To Move To Education Ministry There is a brewing crisis at the National Centre For Women Development (NCWD) over the refusal of former Director of Procurement, Collins Akpemu to vacate his former office and resume END_OF_DOCUMENT_TOKEN_TO_BE_REPLACED

1. Report of the Committee on Defence Confirmation of the Nomination for Appointment as Chief of Defence Staff and Service Chiefs for the Armed Forces of the Federal Republic of Nigeria by Senator Aliyu Wamakko The nomination of Maj. General Lucky Eluonye Onyenucheya Irabor is END_OF_DOCUMENT_TOKEN_TO_BE_REPLACED

We have not finished celebrating Dr. Ngọzi Okonjo-Iweala WTO appointment and her sister, Dr. Njide Okonjo-Udochi, just scored another screamer for Nigerian women by becoming Physician of the Year by the Maryland Association of Family Physicians. https://mobile.twitter.com/AfamDeluxo/status/1366619804103278592 )

A Chief Magistrates’ Court in Kano State on Tuesday ordered that a 72-year-old man, Abdulsalam Abubakar, who allegedly sodomised a 12-year-old boy be remanded in a correctional centre, pending legal advice. The police charged Abubakar, who resides in Jakara Quarters Kano, with of unnatural offence. END_OF_DOCUMENT_TOKEN_TO_BE_REPLACED