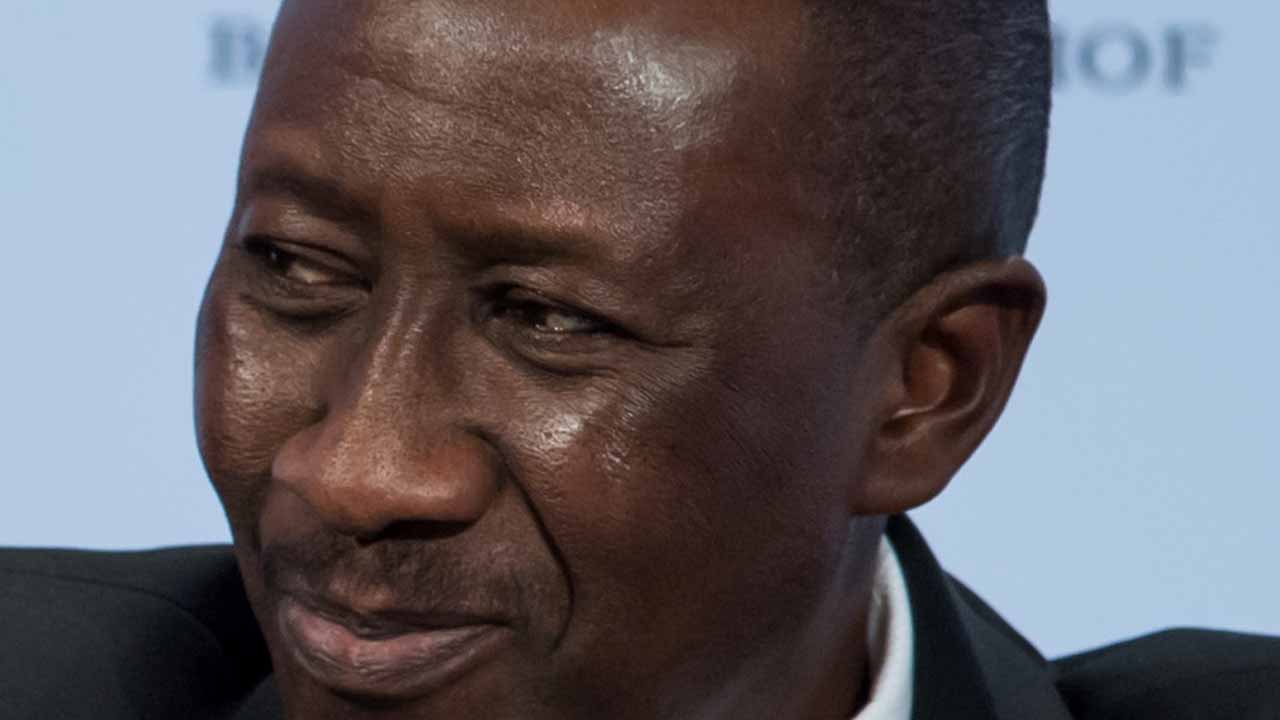 For Nigerians who expected President Muhammadu Buhari to come down hard on his kitchen cabinet, otherwise dubbed the cabal, for exposing the lack of cohesion in his government, through recent and previously leaked memos, that may not come soon.

A Presidency source, yesterday, confided in The Guardian that the President has asked his Chief of Staff, Mallam Abba Kyari, and the National Security Adviser (NSA), Major General Babagana Monguno (retd) to go and settle their differences.

Asked if that was all, the source said; “well, Oga suffers long,” meaning that he gives his trusted allies sufficient time to either redeem themselves, or get fired. But they don’t get fired easily.

Tracing the genesis of the animosity between Kyari and Monguno, the source said it has to do with the latter’s urbane and cosmopolitan style, and ability to caution the team on excesses.

He is said to also have the President’s ears on serious matters. That was the position during President Buhari’s first four years. After the successful prosecution of the 2019 presidential election, the source said Kyari had plans to push for Monguno’s exit and return the sacked director general of the Department of States Services (DSS) Lawan Daura as NSA, but that didn’t work. Even Femi Adesina was also to have suffered same fate. But they seem to have earned the trust of President Buhari, and he refused to drop them.

The President, the source said expressed shock over the idea of wanting to return Daura, but the matter was allowed to rest.

The NSA, having secured his appointment in President Buhari’s second term found courage to now cry out through memos already in the public space.

Meanwhile, serious reconciliation is ongoing and if it plays out well, nothing dramatic is going to happen, except that the President is unhappy that Kyari is reaching out to service chiefs without the knowledge of the NSA.

Kyari’s excuse was that the NSA did not maintain a good personal relationship with the service chiefs, an alibi, which the source declaimed, saying perhaps a little personality ego may have existed between the NSA and the Chief of Army Staff, General Tukur Buratai.

With the exposure, the source said Kyari does not find the bad public opinion of him very palatable. Consequently, he may need to adopt another style.

On the likely fate of the embattled service chiefs, the source said that all options are on the table, as no single action is being contemplated at the moment.

Meanwhile, the Peoples Democratic Party (PDP), has again expressed disappointment in Buhari’s handling of the crisis tearing his presidency apart, a situation it noted has worsened the already hopeless and unabating security challenges in the country.

The National Publicity Secretary of the party, Kola Ologbondiyan, who spoke to The Guardian, yesterday, said: “The cluelessness and incompetence of the Presidency, which has prevented President Buhari from taking timely and appropriate decisions has unfortunately resulted in terrible infighting among those who illegally usurp and abuse such presidential powers.

“Our nation and people are being abandoned in the face of security threats that might cause more serious socio-political, economic hardship for petty infighting by Buhari’s henchmen,” the party stated.

Noting that security is the most important element of governance, followed by the welfare of citizens, the PDP argued that, “since President Buhari has relinquished these statutory responsibilities, he has no other reason to remain in office.

The party further noted that “the NSA’s memo that urged service chiefs to stop taking orders nor attending meetings called by the Chief of Staff to the President, Abba Kyari further exposes the fact that our nation has been on autopilot under President Buhari, whose abdication of serious matters of state is directly responsible for the untold suffering, anguish, pain and escalated insecurity in the country.”

Attempts to get the APC to react to the unending rumblings between presidential aides, was unsuccessful as the party elected to keep mum.

The National Publicity Secretary of APC, Malam Lanre Issa-Onilu declined to pick calls placed to his mobile phone, neither did he respond to text messages sent to him.

When contacted, the Chairman of the Buhari Media Organisation (BMO), Mr. Niyi Akinsiju, said he would not speak hastily on an issue that is within the realm of speculation.

Said he: “We cannot actually take a stand on the issue because it is not an official rendition of happenings in the Presidential Villa. For us to take a stand, we must understand the content of the issue. So, we just have to leave it as it is for now.”

“On the other hand, the National Security Adviser gives the President direct advice on national security issues, as well as act as a clearing house for all intelligence coming from security agencies. In other countries the NSA also plans presidential trips and gives background memos to the President for his meetings with other world leaders.

For the Managing Director/CEO Hakes & Partners Limited, Col. Hassan Stan-Labo, the security situation in the country is beginning to take a heavy toll on the Presidency, where aides are now engaging in altercations over sensitive issues. He said the security implications of the incessant feuds could be disappointing in view of the general belief that all hands should be on deck. Stan-Labo said: “The situation between the NSA and the CoS shouldn’t have been left to degenerate to this level if good working relations had existed. Piled up emotions led to all these. The letter was quite in order and well articulated, but would have rather been re-adapted for the President and copied to all parties.

“The CoS was not only usurping the powers of the President, but also that of the NSA. The NSA must be a very patient fellow to have put up with such encroachment on the powers of his office all these years. The CoS’s responsibility does not include the coordination of security matters. That’s why the Office of the National Security Adviser (ONSA) is domiciled within the Presidency. All matters relating to security could have been directed to the ONSA. RELATEDLY, the former governor of Anambra State, Mr. Peter Obi, has said that sacking of the service chiefs by Buhari alone will not put a stop to insecurity in the country. Obi who spoke yesterday as the convocation lecturer at the 8th Convocation Lecture/Ceremony of Veritas University, Abuja said for Nigeria to completely address the problem of insecurity, there must be a deliberate effort to revive the declining economy.

Zulum No fewer than 18 persons were killed and 21 injured when Boko Haram insurgents attacked Damasak town in Borno state on Tuesday. This was confirmed during a visit to the town by Governor Babagana Zulum in Damasak, who slept in the town from Thursday to Friday.   Zulum had travelled alongside Senator END_OF_DOCUMENT_TOKEN_TO_BE_REPLACED

No fewer than 100 cows were on Friday arrested by men of the Ondo State Security Network Agency, code-named Amotekun Corps, for breaching the anti-grazing orders of Governor Oluwarotimi Akeredolu aimed at curbing farmers/herders clashes in the state, Igbere TV reports. Igbere TV gathered that END_OF_DOCUMENT_TOKEN_TO_BE_REPLACED