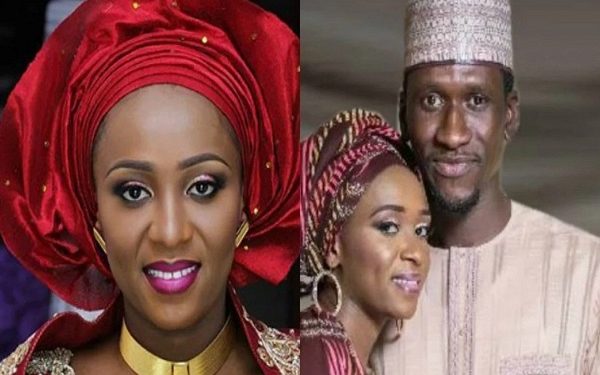 Convicted murderer of Bilyaminu Bello, cousin of former National Chairman of the Peoples Democratic Party (PDP), Haliru Bello, Maryam Sanda has prayed the Court of Appeal in Abuja to reverse her conviction and the death sentence handed to her.

Justice Yusuf Halilu of the High Court of the Federal Capital Territory (FCT) in Maitama had, in a judgment on January 27 this year, convicted Sanda for murdering her husband by stabbing him to death, and proceeded to sentence her to death by  hanging, a decision she has now appealed at the Court of Appeal, Abuja.

In a notice of appeal she filed, Sanda  claimed that the trial judge (Justice Haliru) was tainted by bias and prejudices leading to her denial of right to fair hearing and consequent conviction.

Sanda, in the court document filed by her lawyer, Rickey Tarfa (SAN), argued that her  conviction was based on circumstantial evidence despite the reasonable doubt created by evidence of witnesses, lack of confessional statement, absence of murder weapon, lack of corroboration of evidence by two witnesses and lack of autopsy report to determine the true cause of her husband’s death.

In her 20-ground notice of appeal, Sanda is equally contending among others, that the judgment of the trial court was completely “a miscarriage of justice.

She argued that the the trial judge’s failure to rule her preliminary objection, challenging the competence of the charge brought against her by the police and the court’s jurisdiction were evidence of bias and a denial of her right to fair hearing as constitutionally guaranteed.

The convict argued that “the trial judge erred in law when having taken arguments on her preliminary objection to the validity of the charge on the 19th of March, 2018 failed to rule on it at the conclusion of trial or at any other time.

She stated: “the trial judge exhibited bias against the defendant in not ruling one way or the other on the said motion challenging his jurisdiction to entertain the charge” and “therefore fundamentally breached the right to fair hearing of the defendant.”

In one of the grounds, Sanda argued that the trial judge erred and misdirected himself by usurping the role of the police when he assumed the duty of an Investigating Police Officer (IPO).

She noted that  Justice Halilu, in a page of the judgment, said “I wish to state that I have a duty thrust upon me to investigate and discover what will satisfy the interest and demands of justice.”

The convict submitted that the wrongful assumption of the role of an IPO made “the trial judge fail to restrict himself to the evidence adduced before the court” and instead went fishing for evidence outside those that were brought before the court.

She insisted that while “the duty of investigation is the constitutional preserve of the police, “the constitutional duty of a trial court is to assess the credible evidence before it and reach a decision based on its assessment.”

Sanda argued that “the court’s usurpation of the duty of the police by taking it upon itself to investigate and discover, negatively coloured its assessment of the available evidence and resulted in it reaching an unjust decision contrary to the evidence before it.”

In another ground, she argued that “the trial judge erred in law and misdirected himself on the facts when he applied the doctrine of last seen and held that the appellant was the person last seen with the deceased and thus bears the full responsibility for the death of the deceased, and thereby occasioned a miscarriage of justice.”

Sanda added that the statement of Sadiya Aminu, which was tendered before the trial court (who was initially charged as 4th defendant in the amended charge) also confirmed that the deceased was alive though injured when she saw him.

She averred that “the circumstantial evidence which the trial court relied upon in its application of the last seen doctrine does not lead to the conclusion that the defendant is responsible for the death of the deceased.”

The Abdul Samad Rabiu Africa Initiative (ASR Africa) – the brainchild of Abdul Samad Rabiu, Founder and Executive Chairman of BUA Group has today, awarded a N1billion infrastructure grant to the University of Benin (UNIBEN) as part of its 2021 Tertiary Education Grants Scheme. This END_OF_DOCUMENT_TOKEN_TO_BE_REPLACED

BUA Group Founder, AbdulSamad Rabiu BUA Group has pledged the donation of $100m annually to boost research in tertiary institutions across the country. The president of the group, Alhaji Abdulsamad Rabiu made the pledge in Abuja during the 2021 Roundtable for the Development of Federal END_OF_DOCUMENT_TOKEN_TO_BE_REPLACED

The Northern Elders Forum has advised the next political party that will take over the helms of national affairs to prepare itself for a very difficult assignment of fixing the country. According to the forum’s spokesman, Hakeem Baba-Ahmed, the President Muhammadu Buhari’s ruling All Progressive END_OF_DOCUMENT_TOKEN_TO_BE_REPLACED

Zaka Khaliq The Asset Management Corporation of Nigeria (AMCON) has taken over the major investor’s interests in NICON Insurance Limited and the Nigeria Reinsurance Corporation (Nigeria Re). To this end, the Bureau for Public Enterprises (BPE) is working in partnership with AMCON to bring the END_OF_DOCUMENT_TOKEN_TO_BE_REPLACED

The Nigerian government assembled at least six lawyers at the Cour De’Appel De Cotonou, Benin Republic, on Monday, in its desperate bid to secure the extradition of Yoruba Nation agitator, Sunday Adeyemo, more commonly called Sunday Igboho. SaharaReporters learnt that the lawyers, both French and END_OF_DOCUMENT_TOKEN_TO_BE_REPLACED