The  Christian Association of Nigeria has expressed uncertainty about whether the Federal Government is working towards Leah Sharibu’s release from Boko Haram captivity.

The group also condemned the FG’s decision to grant amnesty to repentant Boko Haram fighters, claiming it “is rather troubling and suspicious”.

Leah is the only one of the 110 pupils of the Government Girls’ Science and Technical College, Dapchi, Yobe State, still being held by her abductors since   February 19, 2018 on account of her Christian faith.

In a  statement by its Director, Legal and Public Affairs, Kwamkur Samuel, titled ‘ Leah Sharibu and Chibok Girls: President Muhammadu Buhari should fulfil his promise,’    to commemorate the second anniversary of the kidnap of the schoolgirl,  CAN lamented the security challenges facing the country.

The statement read in part, “It is two years now since the young Christian girl and unarguably, the face of the Church in the country, Miss Leah Sharibu, was captured by Boko Haram along with other colleagues but she is the only one still languishing in the den of her captors as a captive of faith simply because against the pressure from the terrorists, she would not convert to Islam.

“Recently, President Muhammadu Buhari was widely reported in the media reiterating his resolve and promise to secure the release of all persons abducted by the Boko Haram terrorists, especially Miss Leah Sharibu and the Chibok girls. The President made this same promise as part of his campaign promises before the 2015 presidential election. When will he do as he has promised? 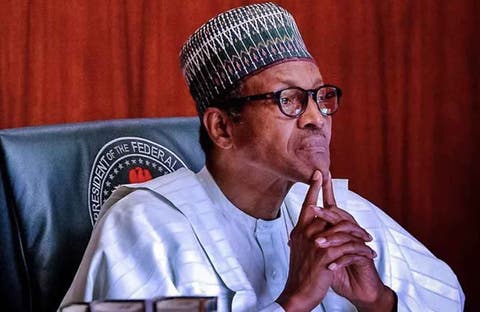 “The recent sad narrative about Miss Leah Sharibu’s maternal condition is worrisome. Also, the setting free of so-called ex-Boko Haram terrorists under deradicalisation, rehabilitation, empowerment of the arrested terrorists by the Federal Government is rather troubling and suspicious.

“What is the guarantee that the freed ex-terrorists would not return to Sambisa Forest and pick up their arms against innocent Nigerians?

“We are equally disappointed and disturbed by the failure of the Federal Government to react to the footage going round that the Turkish government is allegedly funding the terrorists. We call on the government to please stop releasing those who are responsible for the horrendous killings in the country.

“It is like urinating on the graves of those they killed as well as a dirty slap on the faces of the bereaved and a way of weakening the morale of the security officers on the battlefield. Where on earth have they released the captured rebellious soldiers while the war is still raging? Was any armed robber ever released after being caught by the security agencies?

“While we commiserate with the people and the government of Adamawa, Borno, Katsina and Zamfara states over recent attacks on them, we wonder why the Presidency would issue a warning to armless Katsina communities not to fight back invading murderous bandits who killed and wounded dozens of defenceless citizens? How does that justify the genuineness of the acclaimed fight against insurgency and banditry? When has self-defence become an offence in the country?”

CAN again  called for the overhaul of the security apparatus of the country.

The organisation warned against any attempt by the government to clamp down on its leaders.

Samuel said, “Rather, they should give us no cause to cry for a violence-free society again by restoring peace to all regions. We call on Christians and all well-meaning Nigerians to continue to pray and speak against the continuous killing of Nigerians and the unfounded excuses always given by those in government to explain away the absurd situation.”

Meanwhile, the Federal Government has asked anyone having evidence that  Turkey has been supplying Boko Haram weapons to come forward.

Spokesman for the Ministry of Foreign Affairs, Ferdinand Nwonye, said this in an interview with one of our correspondents on Wednesday.

He said, “This matter has been raised recently before the ministry and the minister said he could not react to speculation. It is unconfirmed. Whoever has evidence should come forward with it. So that is as much as he has reacted to that.

“So, we still look at it as speculation and nobody has been able to come up with concrete evidence to that effect.”

The Defence Headquarters, Abuja, could not be reached for comments as calls put across to the Director, Defence Information, Brig. Gen.  Onyema Nwachukwu, rang out.

By Bassey Anthony A 23-year old man, Iniobong Okon Moses is to spend the rest of his life in prison for raping his three-year-old stepdaughter in Ikot Akpe, Uyo local government area of Akwa Ibom state. Justice Okon Okon who passed the judgment at the END_OF_DOCUMENT_TOKEN_TO_BE_REPLACED

By Deji Elumoye Vice President Yemi Osinbajo has disclosed that recent survey carried out has shown persistent corruption in the operations of some government regulatory agencies. He has therefore directed that the heads of the identified government agencies be presented with the report of the END_OF_DOCUMENT_TOKEN_TO_BE_REPLACED

‌ Olalekan Adetayo, Abuja The President, Major General Muhammadu Buhari (retd.), on Wednesday mourned a former Minister of Youth and Sports Development, Bala Ka’oje, who died recently. Buhari’s condolence message to the deceased’s family and others was contained in a statement by his Special Assistant END_OF_DOCUMENT_TOKEN_TO_BE_REPLACED

Aliyu Dangida-DUTSE Ex-Jigawa state governor, Sule Lamido has faulted the All Progressives Congress (APC) led Buhari’s government for causing disunity among Nigerians since it took over in 2015. Lamido dropped the hints yesterday at the formal inauguration of a 29 man reconciliation committee of the END_OF_DOCUMENT_TOKEN_TO_BE_REPLACED

By Bashir Bello A Vice-Principal and husband of three wives, Ibrahim Tukur have on Wednesday narrated how he got his student pregnant and who later delivered a baby boy for him in Katsina State. Tukur, a resident of Kadandani, Rimi local government area of Katsina END_OF_DOCUMENT_TOKEN_TO_BE_REPLACED