An Assistant Director attached to the State House, Abuja, Laetitia Dagan, has been killed by yet-to-be identified assailants.

Dagan was said to have been killed in her apartment in Galadimawa, Abuja, on Monday shortly after she returned from work.

The 47-year-old Plateau State indigene was said to have left her office in the Presidential Villa, Abuja, around 8pm while the incident happened around 11pm.

She was said to be a participant in an ongoing training for civil servants holding at the Manhattan Event Centre, Uke, Nasarawa State.

Some of her colleagues who spoke to The PUNCH on Tuesday said the assailants set Dagan’s apartment on fire probably after killing her.

“The assailants were so cruel. They tied her and set her with her mattress on fire.

“She was just promoted to the position of assistant director last year. She was always full of smile,” one of her colleagues said.

The PUNCH learnt that in investigating the case, the police are working on a clue on an item suspected to have been mistakenly left behind by one of the assailants.

Arabi said, “She was a dedicated, hard-working officer, and we all feel pained by her dastardly and untimely death.”

Arabi and some personnel of the State House had already visited her family members to condole with them.

Meanwhile, friends and family members of the deceased have taken to the social media to mourn her.

One of them, Comfort Sajoh Gaiya, posted what appeared to be the deceased’s last photograph said to have been taken at about 4pm on Monday, a few hours before she was killed. 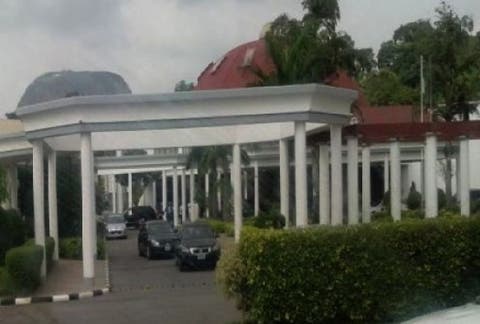 “This photo was taken yesterday (Monday) at about 4pm at the Manhattan Event Centre, Uke, Nasarawa State. She was full of life, as you can see. She was Dagan Laetitia Naankang, Assistant Director (TSW) State House. She was murdered by unknown gunmen in her residence last night,” Gaiya wrote on Facebook.

Abiodun Nejo Cases of kidnapping are becoming worrying in the South-West with kidnappers having a field day in Ekiti State. It’s a miraculous story for one of the kidnap victims, sixty-three-year-old retiree, Mr Taiwo Davies, who spent about a week in the den of kidnappers END_OF_DOCUMENT_TOKEN_TO_BE_REPLACED

Abiodun Nejo, Ado Ekiti The Speaker, Ekiti State House of Assembly, Funminiyi Afuye, said on Friday that he was not aware of any meeting of the speakers in the South-West geopolitical zone where they expressed their support for the rumoured 2023 presidential ambition of former END_OF_DOCUMENT_TOKEN_TO_BE_REPLACED

Passengers of Azman Air on Friday evening unleashed anger on officials of the Kano based airline over flight cancellation at Mallam Aminu Kano International Airport, leaving a female staff collapsed and others with injuries. Confusion ensued at the departure lodge of the domestic wing when END_OF_DOCUMENT_TOKEN_TO_BE_REPLACED

Drama As President Buhari’s Minister, Amaechi Seen With Crutches At Airport By Wisdom Nwedene There was mild drama and confusion on Saturday when President Muhammadu Buhari’s Minister, Rotimi Amaechi arrived with crutches at the airport for an event. Sources disclose that Senate President, Ahmed Lawan END_OF_DOCUMENT_TOKEN_TO_BE_REPLACED

Jihadists aligned with the Islamic State militant group have captured a military base in northeast Nigeria’s Borno state after overnight clashes with troops, sources told AFP on Saturday. Machine-gun wielding fighters from Islamic State West Africa Province (ISWAP) attacked the base in the town of END_OF_DOCUMENT_TOKEN_TO_BE_REPLACED