The Emir of Kano, Muhammadu Sanusi, has said the northerners are on the verge of destroying themselves  if they  fail to address the myriad challenges facing them.

Sanusi, who spoke at the 60th birthday of  Kaduna State Governor Nasir El-Rufai, in Kaduna on Monday, highlighted the main problems facing the region as poverty, millions of out-of-schoolchildren, malnutrition, drug abuse, Almajiri  and the  Boko Haram insurgency.

The emir, who insisted that no  “true  Northern Nigeria leader” was happy with the problems, said the North should stop relying on quota system and federal character.

He said  the challenges facing the region must be addressed immediately.

The traditional ruler said this a week after the World Bank in a report said 87 per cent of the poor in the country resided in the North.

The World Bank also described the North-West  as home to almost half of all the poor in the country.

At El-Rufai’s 60th birthday, Sanusi singled out the Kaduna State governor for praise. He said El-Rufai ‘s investment in education would go a long way in addressing poverty.

He called  on   other northern  elites  to  follow in the ex- Minister of the Federal Capital Territory’s footsteps.

According to him, investing in education is the only way the region  will save  itself from the imminent destruction.

The ex-Governor of the Central Bank of Nigeria  lamented that 87 per cent of the country’s poverty  rate was in the North, with   nine states in the zone  constituting  almost 50 per cent of the malnutrition burden of Nigeria.

Sanusi  said the  region should not continue to rely on quota system and federal character to get jobs for its children at the expense of the other parts of the country busy  educating their  own children and turning out graduates. 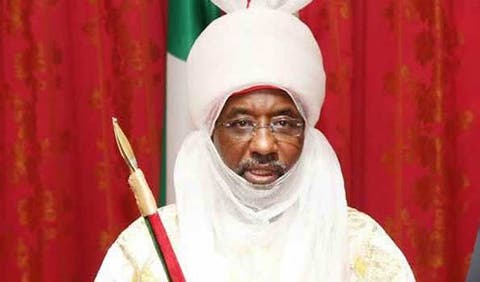 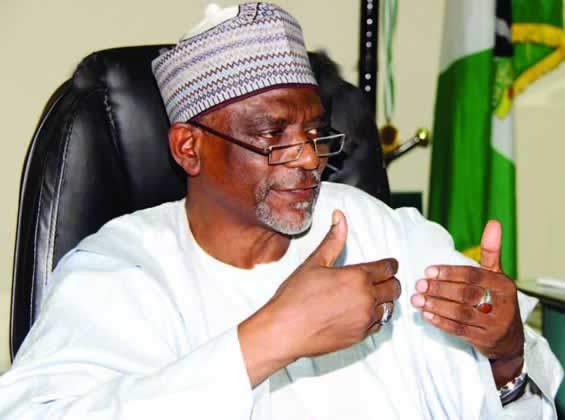 The emir  said, “When we talk about birthday, we talk about happiness. Just last week, someone asked me, ‘ are you happy?’  And I said,  ‘ I am not’ . And the person was surprised. The truth is, nobody who is a leader in the Northern Nigeria today can afford to be happy.

“You cannot be happy with about 87 per cent of poverty in Nigeria being in the North. You can’t be happy with millions of northern children out of school.

“You can’t be happy with nine states in the North contributing almost 50 per cent of the entire malnutrition burden in the country.

“So, we wish Nasir a happy birthday, but we do not want him to be happy as a leader. Because you are happy when you think you have reached a state of delivering and taking your people to where you want them to be.

“Now, because of the condition of Northern Nigeria, it is almost correct now to say that, if you are seen as normal, if you are a governor in the North or a leader in the North, and you are seen as normal in the sense that you continue to do what your predecessors have been doing, doing the same thing, which has been normalised, then, there is something wrong with you, you are part of the problem.

“The real change in the North will come from those who are considered mad people,  because you look around and say if this is the way we have been doing things and this is where we have ended up, maybe we need to do things differently.”

Nigeria’s Deputy Commissioner of Police, Abba Kyari, is not new to being enmeshed in corruption cases. The latest scandal is the revelation by serial internet fraudster, Ramon Abbas, more commonly Hushpuppi, who claimed to have paid bribe to Kyari arrest one of his friends in END_OF_DOCUMENT_TOKEN_TO_BE_REPLACED

Nigerian serial fraudster, Ramon Abass, popularly known as Hushpuppi, has agreed to plead guilty to the money laundering charge against him. Hushpuppi, who is known for his luxury lifestyle, was arrested in the UAE in June 2020 alongside 11 of his associates over allegations bordering END_OF_DOCUMENT_TOKEN_TO_BE_REPLACED

The United Kingdom Parliament has said Nigerians under President Muhammadu Buhari administration are at the mercy of non-state actors who unleash attacks on individuals and communities at will. Members of the House of Lords, the upper chamber of the parliament; Caroline Cox, Rowan Williams, David END_OF_DOCUMENT_TOKEN_TO_BE_REPLACED

Some unknown gunmen, believed to be bandits, have killed the All Progressives Congress (APC) chairmanship candidate for the Kachia Local Government Area of Kaduna State, Alamkah Dominic Usman. The APC leader was shot dead along Keffi-Akwanga road in Nassarawa State on his way to Benue END_OF_DOCUMENT_TOKEN_TO_BE_REPLACED

Daud Olatunji   Men of the Ogun State Police Command have arrested an ex-convict, Jamiu Malomo, for allegedly killing a suspected sex worker, Azeezat Akande, 28. The incident occurred at Ilupeju community, Oke-Aregba, Abeokuta, after the 18-year-old suspect had sex with the victim. The state END_OF_DOCUMENT_TOKEN_TO_BE_REPLACED