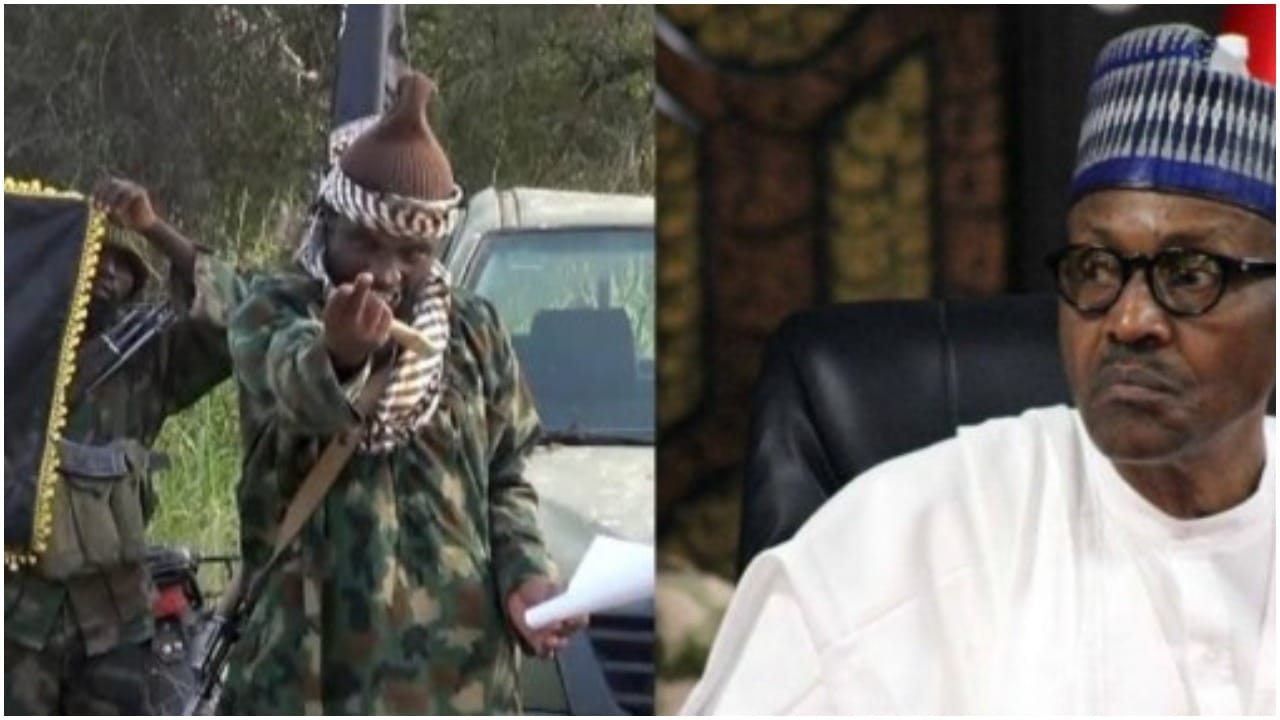 The leader of the Boko Haram sect, Abubakar Shekau has given President Muhammadu Buhari-led Federal Government conditions to release the remaining Chibok schoolgirls still in captivity.

Shekau said the remaining Chibok schoolgirls would be released once the government frees Boko Haram members currently in detention.

The sect leader made the demand in a video released 24 hours after President Muhammadu Buhari was in Borno State on a sympathy visit.

In the video obtained by DAILY POST, Shekau also warned Buhari not to return to the state because members of the group are fully on ground in the north-east.

He warned that Buhari will be attacked if he returns to the state.

The sect had in 2014 under the then administration of President Goodluck Jonathan abducted about 276 girls from Government Secondary School, Chibok, Borno state.

About 100 abductees are still in captivity.

Following the attack, President Buhari paid a sympathy visit to Maiduguri to condole with the governor and people of Borno State1 Trick “Kills” ED – Wives Are Speechless

By Eric Ikhilae, Abuja The Supreme Court has reversed disqualification of Chukwuma Francis Ibezim as candidate of the All Progressives Congress (APC) in the December 5, 2020 by-election in Imo North Senatorial District of Imo State. In a unanimous judgment on Friday, the apex court END_OF_DOCUMENT_TOKEN_TO_BE_REPLACED

By Alao Abiodun Minister of Communications and Digital Economy, Isa Pantami, has alleged forces against the Federal Government’s compulsory policy on National Identification Number (NIN) registration for all Nigerians and those residing in the country are behind recent attacks against him. Pantami in an exclusive END_OF_DOCUMENT_TOKEN_TO_BE_REPLACED

Zulum No fewer than 18 persons were killed and 21 injured when Boko Haram insurgents attacked Damasak town in Borno state on Tuesday. This was confirmed during a visit to the town by Governor Babagana Zulum in Damasak, who slept in the town from Thursday to Friday.   Zulum had travelled alongside Senator END_OF_DOCUMENT_TOKEN_TO_BE_REPLACED