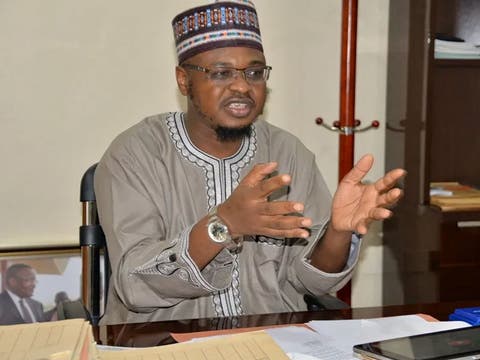 The Minister of Communications and Digital Economy, Mr. Isa Pantami, yesterday raised the alarm that terrorists now use social media as a medium for communications and the recruitment of new followers who will commit crimes in Nigeria.

Pantami while delivering a lecture on leadership in counter-terrorism and counter violent extremism in Abuja, said, “It is evident that terrorists are exploiting social media, encrypted communications, and the dark web to spread propaganda, recruit new followers and coordinate attacks.”

The minister noted that this rapidly evolving phenomenon requires the use of innovative approaches to both “counter” and “prevent” terrorism and extremism.

According to the minister, the development of new and emerging technologies such as, “Big Data Analytics, Internet of Things (IoT), Robotics, Machine Learning and Artificial Intelligence (AI),” will help counter and prevent the terrorists’ latest ploys.

He said the military and intelligence agencies can use big data to fight the war against terrorism. Data can be analyzed to understand background, motives, modus operandi and methods of communication of persons or groups of interest.

Pantami cited an example of a project by the Qatar Computing Research Institute, in which big data was used to scrutinize and analyse social media such as Facebook and Twitter in order to locate the origins of supporters of the terrorist organisation ISIS.

Pantami explained that the internet access is available to wearables and household devices such as fridges and washing machines, the IoT technology can easily be used for monitoring, location tracking, identification, surveillance and gaining access to networks.

He added that the advent of the Internet of Things (IoT) presents the connection of devices to not only the Internet but also to each other, adding that IoT enables increased convenience, efficiency, and energy conservation.

The minister further stated that the massive increase in computing power and advances in machine learning have made it possible to examine huge amounts of data related to crime and terrorism, to identify underlying correlations and causes.

He urged the security agencies in Nigeria to tap into the resources availed by technology and use them as potent tools for ousting the insurgents from the country.

Nigerian serial fraudster, Ramon Abass, popularly known as Hushpuppi, has agreed to plead guilty to the money laundering charge against him. Hushpuppi, who is known for his luxury lifestyle, was arrested in the UAE in June 2020 alongside 11 of his associates over allegations bordering END_OF_DOCUMENT_TOKEN_TO_BE_REPLACED

The United Kingdom Parliament has said Nigerians under President Muhammadu Buhari administration are at the mercy of non-state actors who unleash attacks on individuals and communities at will. Members of the House of Lords, the upper chamber of the parliament; Caroline Cox, Rowan Williams, David END_OF_DOCUMENT_TOKEN_TO_BE_REPLACED

Some unknown gunmen, believed to be bandits, have killed the All Progressives Congress (APC) chairmanship candidate for the Kachia Local Government Area of Kaduna State, Alamkah Dominic Usman. The APC leader was shot dead along Keffi-Akwanga road in Nassarawa State on his way to Benue END_OF_DOCUMENT_TOKEN_TO_BE_REPLACED

Daud Olatunji   Men of the Ogun State Police Command have arrested an ex-convict, Jamiu Malomo, for allegedly killing a suspected sex worker, Azeezat Akande, 28. The incident occurred at Ilupeju community, Oke-Aregba, Abeokuta, after the 18-year-old suspect had sex with the victim. The state END_OF_DOCUMENT_TOKEN_TO_BE_REPLACED

Tokyo Olympics 2020 Nigeria’s quest on winning medals at 2020 Tokyo Olympic Games has suffered a huge setback as ten of the country’s athletes are ineligible to compete at the start of the track and field events on Friday in Japan. According to the statement from the END_OF_DOCUMENT_TOKEN_TO_BE_REPLACED