Four students of Good Shepherd Major Seminary were kidnapped on January 9, 2020, when gunmen invaded the school located at Kaukau in the Chikun Local Government Area of Kaduna State. After about three weeks in captivity, one of the four Catholic seminarians, identified as Michael Nnadi, was killed, while the others – Kanwai Pius, Stephen John Paul and Umeanuka Peter – were released in batches by their kidnappers.
The Registrar of the seminary, Rev. Father Joel Usman, recently confirmed the killing of Nnadi, saying he was found dead.

The late Nnadi, who would have turned 19 years old on February 19, was a twin. Our correspondent, ADENIYI OLUGBEMI, was at the residence of the Nnadis, in Sokoto where Nnadi’s twin brother, Raphael, spoke about how much his late brother aspired to become a priest

You lost your twin brother, Michael Nnadi, how shocked were you by his death?

Together, we would have turned 19 years old next week, precisely on February 16, but unfortunately, Michael is gone. We are so close that the pursuit of his dream of priesthood was the only thing that separated us, until his death. We had our primary education at Holy Family Nursery and Primary School in Sokoto and secondary education at Saint Joseph’s Minor Seminary in Zaria, Kaduna State. He was admitted as a seminarian of the Diocese of Sokoto and proceeded to Saint Paul Spiritual Year Seminary, Gwaza, in Niger State, before heading to Good Shepherd Major Seminary, Kaduna, for his philosophical training and formation.

Michael was so much committed and loved the things of God, that his choice to become a priest did not surprise many people who knew him. My consolation is that he did not die in vain, pursuing things of the world but rather, he died in the service to God, training for the priesthood.

How would you describe his killing?

The person that is worst hit is our aged grandmother, who has been taking care of us since the death of our mother, more than six years ago. The words of consolation and encouragement from people around us that this is not the end of the world and that I need to brace myself because the way I present myself to her will determine how she will react to life, has been my sufficient grace.

How did you hear about his death?

First, we were shocked when we heard that he was abducted alongside other seminarians in their hostel and we resorted to prayers for their safety and release. We were hopeful of his eventual release upon hearing that one of them was first released and later two others. So we were very to see the picture of his dead body with injuries on Facebook. I was shattered and devastated. The picture with injuries on his body, black and swollen eyes, probably from torture, saddened me and made me ask endlessly, why upon his gentility, his killers were so heartless to torture him? Immediately I saw the picture, I contacted my aunt. Though, the news of his death was all over the social media, we were told to wait till when the Bishop of Sokoto Catholic Diocese, Bishop Matthew Kukah, who had to cut short his assignment in Abuja, would return to Sokoto.

Bishop Kukah, on arrival in Sokoto headed straight to our house. He called us together as a family and broke the news to us. He said the killing of Michael (Nnadi) was unexpected and shocking, as the ransom demanded by the abductors for the freedom of the four seminarians was actually paid. But at the end, they still went ahead and killed Michael (Nnadi). 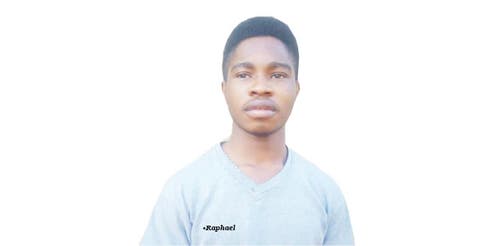 Let me place on record that one significant thing the church did was to declare a week of prayer and fasting for their release; unfortunately, Michael (Nnadi) was killed on the same day we rounded off the fasting and prayer programme.

What efforts did you make to secure his release immediately you learnt of his kidnap?

When he was kidnapped, we only had one opportunity to hear from him. The only person he talked to was our grandmother and the only thing he was allowed to say was, “Mum, please bring the money, if not they will kill me today or tomorrow.” That was the last thing we heard from him. We then contacted and relayed the information we got from him to the church, and they swung into action to get him and his colleagues released.

How much did they ask for?

Actually, they didn’t tell us the amount, we heard different figures. Some said it was N20m while some others said it was N50m. I think the ransom was paid by the school authority in conjunction with Bishop (Kukah), but I don’t know how much was paid.

Was there any time he expressed fears regarding his safety and others in the seminary?

No, he never discussed anything like that with me. Mind you, he was a new intake at the seminary, who was just adjusting to the new environment before the abduction.

Has he been buried?

No, he has not been buried. His corpse is in Kaduna where he will be buried at the seminary on Tuesday, after his funeral on Monday.

What was your last discussion before his journey to the seminary?

Our last discussion was normal; I told him to be serious with his studies and always remember us in prayers and that we would also be praying for him. I advised him to try and make the family proud. That was the last discussion; this is his first semester at the seminary.

What were his last words to you?

He told me he would be okay and would always focus on his studies, and that all he needed were prayers. This is what we get in the country we have found ourselves in with its bad government. I will only pray to God to open their eyes to know what they are doing is very wrong and I believe deep within me that those people regret what they did. I just pray that God should have mercy on them and forgive them.

Will you be in support if any of your family members chooses to become a priest again?

Yes, this unfortunate incident is not enough to stop anyone in our lineage from pursuing his dream of becoming a priest. I have made a promise that one of my children will bear his name and go into priesthood as a way to immortalise him, God willing.

How do you feel that the other three abducted alongside your brother were released alive while he was killed?

We were very hopeful and looked forward to seeing all of them released, especially when one of them who fell sick was first released. I thought they didn’t want him to die in their hands before they released the other two, two weeks later.

The news we heard initially was that he was being held back and will be released later, only for his lifeless body to be discovered twenty four hours and the other two were released. We don’t know why it was like that.

How has your grandma taken all this?

Did he tell you the plans he had for post-seminary?

Yes, he shared a lot of dreams with me, principally, to get training for the priesthood, which was the main reason why he opted for the seminary. He had extra passion for things of God and he wouldn’t have done any other thing except to work in God’s vineyard. His dream was to live a selfless life, and serve God and humanity. He had an unquenchable thirst to win souls for Christ.

Since he died, has the Church stood by the family?

The Church has been so supportive, even before he was abducted and eventually killed. The support from the Bishop (Kukah), and condolence visits from everyone have made us strong. It is enough consolation that though Michael’s (Nnadi’s) life was cut short, he would live longer in the memories of well-wishers than. After they were kidnapped, the Church even at a point declared a week for all members to fast and pray for him. In fact, the day we ended the programme was same day he was shot dead, precisely on January 31.

Suspected herders were paid N15 million in ransom after kidnapping two farmers in Shalabo village, located between Isiwu and Imota areas of Lagos state. TheCable understands that the victims were abducted last week Tuesday on their farm. It was gathered that the owner of the END_OF_DOCUMENT_TOKEN_TO_BE_REPLACED

Ahmed Musa launched his Neighbourhood Centre Sports Complex on February 1st 2021. Very few people know about the fantastic Sports Complex in Kaduna. Ahmed Musa also has plans to build a school in Jos and this is one of his various philanthropic efforts. At Ahmed END_OF_DOCUMENT_TOKEN_TO_BE_REPLACED

Power drunk politicians sponsoring bandits – Gov. Matawalle Governor Bello Mohammed Matawalle of Zamfara State has vowed to arrest any politician who enters the state with the intention to use thugs to forment trouble. According to him, there is nobody that can claim to be END_OF_DOCUMENT_TOKEN_TO_BE_REPLACED

Why was this white guy in capitol riot never referred to as a “herbalist” but the African guy beside me is constantly referred to as a “herbalist?” #BuhariMustGo #RevolutionNow https://mobile.twitter.com/YeleSowore/status/1366771364267495427 Nigerian activist and RevolutionNow convener Omoyele Sowore has revealed why he was seen in court END_OF_DOCUMENT_TOKEN_TO_BE_REPLACED

BREAKING: Northern traders agree to resume north to south movement as Kogi Gov Intervenes After about six days, the Leadership of Cattle and Foodstuff dealers under the aegis of Amalgamated Union of Foodstuff and Cattle Dealers of Nigeria, on Wednesday, agreed to resume the movement END_OF_DOCUMENT_TOKEN_TO_BE_REPLACED