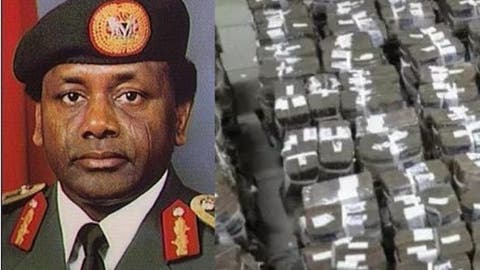 The Supreme Court, yesterday, declined a request by family members of the late Head of state, General Sani Abacha to unfreeze accounts belonging to him and other members of the family in foreign countries.

The accounts, which are in banks in the United Kingdom, Switzerland, Jersey, Liechenstein and Luxembourg, were frozen following mutual judicial assistance agreements entered with the countries by the Nigerian government during the administration of the then President, Olusegun Obasanjo, in 1999.

Dissatisfied with the government’s action, the Abacha’s family dragged the federal government to court to reverse the said directive.

Unfortunately their request both at the trial court and Court of Appeal was turned down, forcing them to approach the final court in the country for justice.

Delivering judgement yesterday in the appeal filed by a son of the late dictator, Mohammed Abacha, a five-man panel of the apex court led by Justice Olukayode Ariwoola, unanimously held that the suit, which was first initiated before the Federal High Court in Kano in January 2004, had become statute-barred.

According to Justice Chima Nweze, who prepared the lead judgment of the panel, it was too late for the Abacha family to query the decision taken by the Federal Government of Nigeria in 1999, via a letter authored by the then Minister of Justice and Attorney General of the Federation (AGF), Kanu Agabi (SAN).

The court in the appeal marked: SC/68/2010, held among others, that in view of the evidence presented by parties, it was left with no other options than to uphold the earlier concurrent decisions of the two lower courts (the Federal High Court, Kano and the Court of Appeal, Kaduna division), to the effect that the action was statute barred.

In the judgment read by Justice Amina Augie, the apex court held that, “In all forms, with the eloquent submission of the respondents’ counsel, and submissions anchored on the admitted evidence, I have no hesitation in affirming the concurrent decisions of the lower courts.

“Accordingly, I hereby enter an order dismissing this appeal. I further affirm the concurrent findings and decisions of the lower courts. Appeal dismissed.”

According to court documents, Obasanjo, in December 1999, authorised the then AGF, Agabi to request the Swiss authorities to freeze all bank accounts held in its jurisdiction by the late Head of State, General Abacha, his children, servants, agents and any other individuals or companies linked to them between 1993 and 1998.

The Nigeria government was also said to have requested the Swiss authorities to seize and detain all banking and other documents relating to the affected accounts, charge and prosecute all holders of such accounts, in order to recover and pay over to the Federal Government of Nigeria all monies falsely and fraudulently taken from the government and people of Nigeria.

Following these steps by the Federal Government, the accounts of the Abachas found in Switzerland, United Kingdom, Jersey, Liechenstein and Luxembourg were frozen, an action members of the late Head of State challenged by filing a suit, marked: FHC/KN/CS/6/2004, on January 28, 2004 before the Federal High Court, Kano.

The suit filed on behalf of the Abachas by Mohammed Abacha, had the President of the Federal Republic of Nigeria and the Attorney General of the Federation as respondents.

After hearing parties, the court rendered its judgment in 2006, in which it upheld the argument by the respondents to the effect that the case was not only statute barred, the plaintiff could not relitigate the same case that had been decided by the court’s Abuja division in suit: FHC/ABJ/CS/347/2001brought by Sulgrave Holdings Inc & 19 others against the FRN & three others.

Other members of the Supreme Court’s five-man panel that heard the appeal, Justices Olukayode Ariwoola, Kudirat Kekere-Ekun, Augie and Paul Galumje, all agreed with the lead judgment as written by Justice Nweze.

At least, five soldiers were reportedly killed by Boko Haram insurgents on Tuesday in Ajiri community, Mafa Local Government Area of Borno State. The incident happened after the visit of the acting governor of the state, Usman Kadafur. A reliable military source disclosed that the END_OF_DOCUMENT_TOKEN_TO_BE_REPLACED

After nearly two months in captivity, students abducted from the Federal College of Forestry Mechanisation, Afaka in Igabi Local Government Area of Kaduna State, regained freedom. Daily Trust reported how 27 students of the 37 abducted from their school dormitories were freed on Wednesday. Their END_OF_DOCUMENT_TOKEN_TO_BE_REPLACED