– The party has declared 7-day fasting and prayer which is to commence on Sunday, February 9

The Peoples Democratic Party (PDP) in Imo state is not taking every measure to ensure it returns to power in the state after the Supreme Court verdict ousted its governorship candidate from the government house.

The party, after taking the legal step of requesting for the review of the verdict, went spiritual on Saturday, February 8, declaring 7-day fasting and prayer to ensure Emeka Ihedioha get a favourable ruling.

The Nation reports that the new development was disclosed by the party’s state secretary, Nze Ray Emeana. 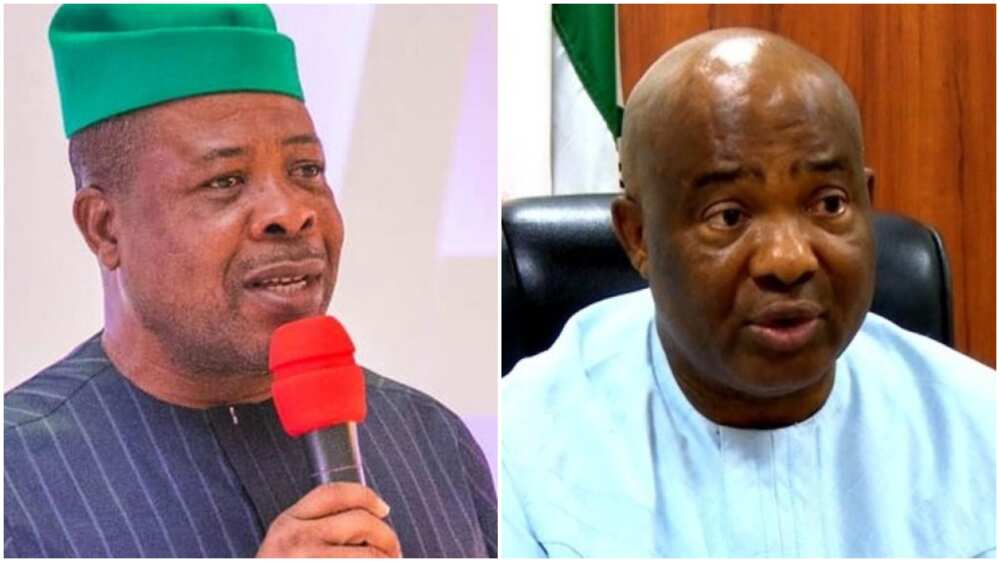 Legit.ng gathers that the fasting and prayers were scheduled to start on Sunday, February 9, while party members were to be in black attires throughout the week.

The local government executives of the party were also instructed to request for mass in their local churches and assemble at LGA party secretariat daily at noon for prayers and breaking of fast.

The party said the only prayer point to be addressed is for the Supreme Court to review the judgement in favour of Ihedioha.

Earlier, Legit.ng reported that it was obvious that Ihedioha was not willing to back down after he was removed from his office by a Supreme court ruling.

After filing an application that the apex court should set aside its verdict that installed Hope Uzodinma as the new governor of the state, Ihedioha on Wednesday, February 5, said that he has hired a team over 30 lawyers for the imminent re-awakening of a legal battle.

Confirming the development, a former Attorney-General of the state, Ndukwe Nnawuchi, said that the team has studied the judgment of the court and has told Ihedioha what to do based on their professional experience

17-year-old prospective Law student at the Benue State University, Makurdi, Alex Esther, narrates to JOHN CHARLES how she set his boyfriend, Chidinma, ablaze after he allegedly made her abort three pregnancies What is your name? My name is Esther Alex. How old are you? I END_OF_DOCUMENT_TOKEN_TO_BE_REPLACED

The Governor of Borno State, Prof Babagana Zulum, said on Friday that for the sake of fairness, power should return to the south in 2023. He faulted the suspicion that any part of the country could not be trusted with power, perhaps for the END_OF_DOCUMENT_TOKEN_TO_BE_REPLACED

Five soldiers, including an officer from the 117 Battalion, 28 Task Force Brigade, have been killed while 20 others were injured when they ran into landmines planted by Boko Haram insurgents during an operation in a remote village in the southern part of Borno State END_OF_DOCUMENT_TOKEN_TO_BE_REPLACED