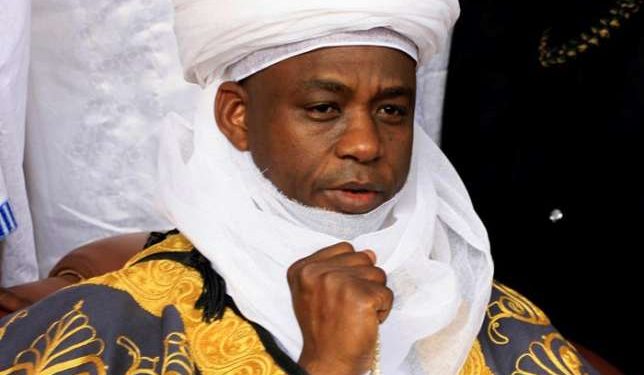 Sultan of Sokoto Saad Abubakar has warned that the north may witness a bigger catastrophe that than the Boko Haram insurgency.

He pointed out the level of orphans in the region was alarming, saying it could snowball into something that “would turn out to be worse than the Boko Haram”.

The Sultan also kicked against the establishment of an outfit in the region code-named “Operation Shege-Ka-Fasa”, cautioning elites not to allow youths take over their roles.

The Coalition of Northern Groups (CNGs) unveiled the outfit last Wednesday, declaring it would tackle crimes in the region.

The outfit was launched one month after South West Governors floated Amotekun, a regional security outfit.

But speaking at a security meeting in Kaduna, Abubakar said northern elite are the problems of the region, as they have failed to provide them with good leadership.

He advised the northern elders to caution the youth, saying if the elders fail to take the lead, the youth would do whatever they like and feel is right.

“If the elders don’t take the lead, the youth will do whatever they like and think they are right. You have to caution these youths by giving them good leadership, “he said.

He added: “Now, they have launched their own security outfit I don’t know what they call it, Shege Ka Fasa’, meaning what?

“So, I want to call on northern elders to caution them. Don’t allow these youths to take over leadership from you.

“You have to reach out to everybody no matter how low the person is.

“So, I think we need to take the bull by the horns and not allow the youths take over responsibility.

More details have emerged on certain actions of Hadiza Bala-Usman, the erstwhile Managing Director of the Nigeria Port Authority, that angered the Presidency, thus culminating into her sack. Amid numerous allegations including financial impropriety, high-handedness and cronyism, Ms Bala-Usman, who held the position since 2016, END_OF_DOCUMENT_TOKEN_TO_BE_REPLACED

The police in Benue State have uncovered mass graves in the Katsina Ala Local Government Area of the state. The discovery was made possible by two of the eight gang members arrested in Osun State last week for kidnapping. Recall that the Osun State Police END_OF_DOCUMENT_TOKEN_TO_BE_REPLACED