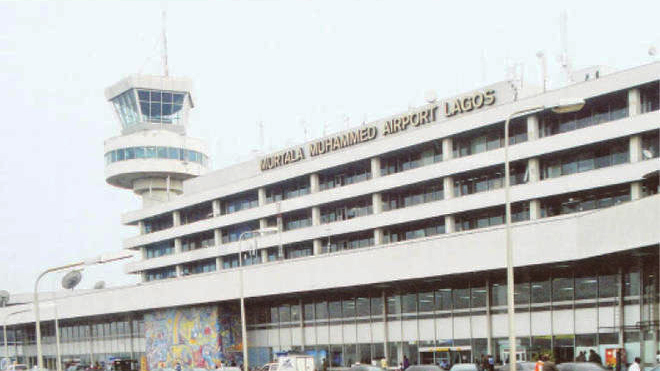 While urging the Federal Government to investigate the incident, it canvassed suspension of the Commander of National Air Defense Corps (NADC) Ikeja, Lagos, Commodore U.K. Abdullahi, over his alleged connivance.

A report titled, “Weaponised Drone Intercepted by Military Intelligence at Lagos Airport as Commander Receives Order To Release Suspect,” had hinted that personnel of the Directorate of Military Intelligence (DMI) at the Murtala Muhammed Airport, Lagos, arrested a man who was in possession of two weaponised drones.

“The incident occurred on January 28, 2020, at 5:00 pm, while DMI officers at the cargo section discovered a suspicious package concealed in cartons. When the cartons were opened, the officers discovered parts of two highly weaponised drones and the supervisor told the man that brought it into the country to report the following day.

“Investigation revealed that the man was asked to write a statement after which he was detained and upon interrogation at the NADC, Ikeja, the suspect claimed he was working for the Kaduna State Government. Air Commodore U. K. Abdullahi received a call from unknown persons, who ordered him to release the suspect and the drones.”

The Guardian learned that Abdullahi released the suspect and drones on Thursday, January 30, 2020.

But the SMBLF in a statement issued by Yinka Odumakin (South West), Gen. C.R.U. Ihekire (South East), Bassey Henshaw (South-South) and Dr. Isuwa Dogo (Middle Belt) noted that weaponised drones could only be brought into the country with the approval of the President, insisting that the user must be the armed forces.

“How did the equipment get into the country and found its way into the hands of an individual if the story happens to be true? Whose call did Abdullahi receive after which he released the suspect and the weapons?

“How many such weapons could have been brought into the country illegally by unscrupulous persons with the intent to endanger the lives of Nigerians? They asked.

They, therefore, urged President Muhammadu Buhari to order the suspension of Commodore Abdullahi and curtail his movement, as well as set up a Judicial Commission of Inquiry immediately.

The forum also requested that the United Nations (UN) should supervise a mop-up of weapons of mass destruction and other illegal arms that some persons may be stockpiling to possibly carry out genocide.

The Ogun State Commissioner for Environment who was accused of attempted rape by a teenager in January has secretly resigned his appointment from government, PREMIUM TIMES can report. Abiodun Abdul-Balogun has also coerced the family of the victims not to testify against him in court, END_OF_DOCUMENT_TOKEN_TO_BE_REPLACED

Former Women Affairs Minister, Aisha Jummai Alhassan is dead. Aisha Alhassan, also known as Mama Taraba served as the Minister of Women Affairs during the first term of Buhari administration. She was formerly a Senator representing Taraba State in the National Assembly. She resigned her END_OF_DOCUMENT_TOKEN_TO_BE_REPLACED