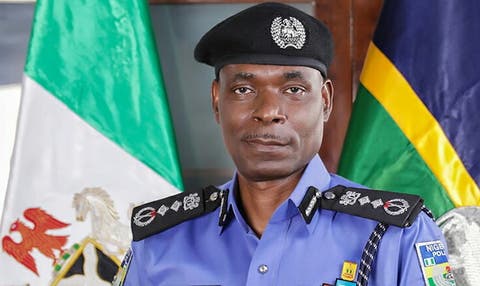 The Federal  Government has budgeted  N31.08m for procurement of tools for community policing activities in 2020.

Check by The PUNCH in the Federal Government’s 2020 budget showed the provision for the expenditure under the Ministry of Police Affairs’ estimates.

Although the budget did not state items to be procured for community policing, it simply said the funds were meant for procurement of tools.

But there were indications on Tuesday that the  Federal Government had yet to release funds for the implementation of the community policing scheme.

It was gathered that the delay in the release of the money was partly responsible for the slow take-off of the policy which was meant to complement the conventional police in tackling the insecurity in the country.

The Federal Governent had last month directed the Inspector-General of Police, Mohammed Adamu, to begin the process of recruiting constables for the community policing scheme.

On January 23, Adamu, in a wireless message to state commissioners of police, ordered them to liaise with traditional rulers and community leaders with a view to setting up screening committees for the recruitment.

There have been discondant tunes at state police commands as some said they had begun the recruitment, while others said they were awaiting guidelines from the Force Headquarters.

But sources in the police told one of our correspondents on Tuesday that funds  for training and purchase of accoutrements for the 40,000 volunteers that would be engaged ought to have been released to the police by the Ministry of Finance.

The source said, “We need money for their kits which would be provided by us. The special constables’ shoes, belts, batons would all be provided by the police. So these are all tied to the release of funds.

“I believe the police high command has submitted a budget for the policy implementation, but we are yet to get a kobo from the finance ministry. This is part of the reasons for the slow pace of the implementation.”

But the force spokesman, Deputy Commissioner of Police Frank Mba, when asked to react to the non-release of funds,  said,  “The policy is on course.”

At least, five soldiers were reportedly killed by Boko Haram insurgents on Tuesday in Ajiri community, Mafa Local Government Area of Borno State. The incident happened after the visit of the acting governor of the state, Usman Kadafur. A reliable military source disclosed that the END_OF_DOCUMENT_TOKEN_TO_BE_REPLACED

After nearly two months in captivity, students abducted from the Federal College of Forestry Mechanisation, Afaka in Igabi Local Government Area of Kaduna State, regained freedom. Daily Trust reported how 27 students of the 37 abducted from their school dormitories were freed on Wednesday. Their END_OF_DOCUMENT_TOKEN_TO_BE_REPLACED