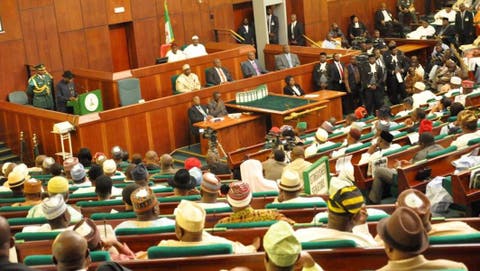 The leadership of the National Assembly is to meet this week with President Muhammadu Buhari over the tenure of military service chiefs and the rising insecurity in the country, a reliable source told THISDAY yesterday.

Senators and House of Representatives members had last Wednesday called for the resignation of the service chiefs, failing which the president should remove them over the rising insecurity in the country.

When the president met with the military chiefs a day after, the nation was told that the request of the legislators was not discussed, indicating disregard for the legislature’s concerns.

“I am shocked that they said our resolution was not discussed,” the source, who is in the leadership of the National Assembly said, adding: “We will meet with the president this week over the issue.”

According to him, “It is clear that we cannot continue to do the same thing and expect a different result.”

There have been widespread concerns over the escalating insurgency in the North-east and worsening insecurity in the country in spite of the efforts of the military to rein in the insurgents.

Many policy analysts have argued that the service chiefs appear spent and need to be laid off for new officers with fresh ideas.

Meanwhile, the embattled military service chiefs weekend rallied retired senior officers of Course 27 of the Nigerian Defence Academy (NDA) on national unity, urging them to disregard those fanning embers of disunity in the country.

This is coming as the Defence Headquarters (DHQ) has described the killing of the Chairman of the Christian Association of Nigeria (CAN)  in Michika Local Government, Adamawa State, Pastor Lawan Andimi, as a ploy by the insurgents to create a divide between Christians and Muslims in the country.

However, the service chiefs have urged the retired generals to work in harmony towards national cohesion.

be laid off for new officers with fresh ideas.

Meanwhile, the embattled military service chiefs weekend rallied retired senior officers of Course 27 of the Nigerian Defence Academy (NDA) on national unity, urging them to disregard those fanning embers of disunity in the country.

This is coming as the Defence Headquarters (DHQ) has described the killing of the Chairman of the Christian Association of Nigeria (CAN)  in Michika Local Government, Adamawa State, Pastor Lawan Andimi, as a ploy by the insurgents to create a divide between Christians and Muslims in the country.

However, the service chiefs have urged the retired generals to work in harmony towards national cohesion.

Speaking yesterday in Abuja at the 40th Anniversary celebration of the 27th Regular Course of  NDA, the Nigerian Army’s Chief of Policy and Plans, Lt. General Lamidi Adeosun, who represented the Chief of Defence Staff, Chief of Army Staff and other service chiefs, said it was imperative for the retired generals to work together and speak with one voice to promote national unity.

He called for a coordinating centre for all alumni associations of the NDA in order to harness their contribution to national development.

“We cannot work together separately. If we don’t lead together, people who have selfish interests will be singing songs of separation.

“Most of your ideas are respected on national security and statecraft. No outsider can love us more than ourselves. This is a food for thought for all of us.

Adeosun, who is of the Course 34th Regular Course of the NDA said in deference to his retired senior colleagues: “I am not supposed to talk when my seniors are talking. I have not seen their backlight not to talk of their break light.

“I am representing the Chief of Army Staff, Chief of Defence Staff and the service chiefs”.

He said he had read a lot about the Chairman of the occasion, Major General Zamani Lekwot, who was the commandant of the NDA in 1980 when the Course 27 enrolled in the military institution.

According to him, he met the retired general for the first time at the occasion, which held Saturday night at the Nigerian Defence College, Abuja.

“I have read a lot about Major General Zamani Lekwot (rtd) but I am meeting him for the first time,” he said.

In his remarks, Chairman of the occasion and Board of Trustees Chairman of Retired Army, Navy and Air Force Officers Association (RANAO), Lekwot, said retired senior military officers still have a lot to offer the nation.

“RANAO is the in thing. We offer credible advice to the government in power. We have something to offer the system. If we put our hands together, the nation will benefit”, he said.

Alade disclosed that not all the 140 passed out, adding that while others have retired, 33 members have passed on.

“With gratitude to God, all course members have since retired with the last man standing taking his exit in 2018.

“We are retired but not tired. We will continue to contribute our quota to national security,” he said.

On his part, a one-time Director of Military Intelligence, Brig-General Ibrahim Sabo (rtd) urged concerted efforts to stem the tide of insurgency.

“If you have anything to offer to solve the insurgency problem please do so. Some of us bleed from our heart when we see what is going on. We need to come together to help our colleagues”.

Also speaking, a former Military Administrator of Niger State, Brig. Gen. Lawan Gwadabe (rtd), called on the federal government to identify the “source of arms and recruitment” of the insurgents in order to tackle the menace.

The course produced 16 army generals, 12 Navy admirals/Commodores and 10 officers of Air rank on the course. The course also produced 21 colonels or its equivalent 19 lieutenant colonels/equivalents, nine majors/equivalent, and 16 captains/equivalent and below.

DHQ: Killing of CAN Chairman, Ploy to Create Religious Divide

Meanwhile, the Defence Headquarters has said that the killing of the CAN chairman in Adamawa State was a ploy by terrorist group, Boko Haram, to create a religious divide between Christians and Muslims in the country.

Defence Spokesman, Brigadier-General Onyema Nwachukwu, told THISDAY that the terrorists must be seen as enemies of the nation.

“The killing of the CAN chairman is very sad and disheartening. It is a callous act on the part of Boko Haram but we must be very wary of the actions of the terrorists. This is a dangerous strategy to create a division.

“It is devised to create division in this country, to create a religious divide between the Christians and the Muslims. We must be very wary of this as a nation”, he said. Nwachukwu said: “we must see the terrorists as the enemy of the nation and not as a Muslim or as a Christian because this is one of the gimmicks of Boko Haram to create that divide and once that is done of course what happens? This country will go to pieces so we must be very wary of this. It is very important”.

Adeboye Leads Protest as CAN Demands Overhaul of Architecture

Also yesterday, in line with the decision of the Christian Association of Nigeria (CAN) to end its three-day fasting and prayer with a prayer walk yesterday, the General Overseer of The Redeemed Christian Church of God (RCCG), Pastor Enoch Adeboye, led a procession to protest the insecurity and killings in Nigeria.

CAN in Ekiti and Ondo States also embarked on peaceful protests to demonstrate their grievances against the recent killings in the country, especially the murder of the Andimi.

The Christian body used the occasion of the three-day prayer and procession to call on the federal government to overhaul the country’s security system.

At the end of the RCCG’s monthly Thanksgiving Service at its National Headquarters in Ebute Meta, Lagos State, the church commenced the protest from Ebute Meta through Atan Cemetery in Yaba metropolis and back.

Earlier at the church service, Adeboye led his congregation on prayers for the peace and security of the country.

“Lord, have mercy on Nigeria. Let there be peace and security in Nigeria. God sees all things and knows where the terrorists are hiding; we pray that God sends His light to Nigeria and expose the evildoers in the country. After the service, we are all going for a prayer walk. We’ll march according to age. There are some who would march around the church because of their age and there are some who would march with me to Atan Cemetery and back,” he stated.

Adeboye had also instructed all members of his church across Nigeria to embark on the protest.

“The prayer walk was aimed at offering prayers and supplications unto God to save Nigeria from being consumed by insurgents, terrorists, bandits, kidnappers, armed robbers, militants and ritualists in all our states,” he added.

Adeboye displayed several placards saying: ‘No to further killings,’ and urged the governments at all levels to rise up to their civic responsibility of securing the lives and property of citizens.

According to him, “the security infrastructure in our nation needs to be overhauled and improved drastically for the current security challenges to be tamed.”

CAN had declared a three-day fasting and prayer beginning January 31 to empower the government and the military forces in the fight against terrorism and the spate of killings in the country.

CAN President, Dr. Samson Ayokunle, had said the spiritual exercise would end yesterday with a prayer walk.

Adeboye, in a memo dated January 29 and signed by the Assistant General Overseer, Administration and Personnel, Pastor Johnson Odesola, had asked members to seize the opportunity of the programme to pray against killings in the country.

He had also directed that church services should end early in all the parishes to enable members to take part in the walk, which he said should hold within the immediate environment of the churches.

In Ekiti State, the state chapter of CAN also embarked on a peaceful protest to demonstrate their grievances against the recent killings in the country, especially the murder of Andimi.

The procession, which began at 2p.m, took off from the Ori-Apata office of the association located at Adebayo area of Ado-Ekiti and terminated at Fajuyi Park in the metropolis.

The marchers carried several placards with varying  inscriptions like: “Stop killings,” “we must unite against killings in Nigeria,” “Christian demands justice,” “All Christians are created equally,” “It is inhuman; don’t take life ,” “Citizens must be protected from killers,” “We, Christians are the main victims,”among others.

Addressing his members, the Chairman of CAN in Ekiti State, Rev. Fr. Peter Olowolafe, lamented the level of insecurity in the country and described it as unbearable.

He explained that “the Christians in the area decided to join others in the country to embark on the peaceful protest in order to express their grievances about the killings in the country.”

Olowolafe  cited many killings in the country in recent time to include the murder of Revd Denis Bagauri in his house at Mayo Belwa of Adamawa State.

He called on the federal government to redouble its efforts at making peace to reign in the country.

Governors of the 19 states in the North have opposed the call by their southern counterparts that the Presidency should be zoned to the South in 2023. This formed part of the resolutions reached on Monday when the governors held an emergency meeting with traditional rulers END_OF_DOCUMENT_TOKEN_TO_BE_REPLACED

Gunmen on Sunday reportedly attacked some members of the All Progressives Congress (APC) in Nnewi North Local Government Area of Anambra State, killing one of its members. DAILY POST gathered that the party members were holding a meeting of Uruagu Ward 3, in preparation for END_OF_DOCUMENT_TOKEN_TO_BE_REPLACED

The Zenith Labour Party Gubernatorial candidate in the forthcoming Anambra Governorship election, Dr Obiora Okonkwo has stated that he is ready to attract a minium of 10billion dollars worth of Direct Foreign Investment to the State from Russia if elected. The Anambra state gubernatorial hopeful END_OF_DOCUMENT_TOKEN_TO_BE_REPLACED