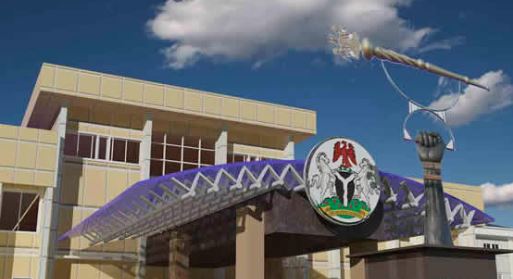 Speaker of the Imo State House of Assembly, Dr Chiji Collins, on Saturday declared that 26 legislators have defected to the All Progressives Congress (APC).

Of the 27 lawmakers, only the immediate past deputy speaker, Hon Okey Onyekanma, is of the Peoples Democratic Party (PDP), The Nation learnt.

Addressing the APC supporters during a rally in support of Governor Hope Uzodinma in Owerri, the Imo State capital, on Saturday, Chiji said, the lawmakers were ready to partner with Uzodinma to succeed as governor, even as he said that their defection was devoid of any inducement.

The Speaker said: “As at last night, we have 26 lawmakers who have declared for APC, and by next week, I assure you that soon the 27 will all be for APC. Wait till the next plenary when all of them will officially defect.

“We are ready to support the governor because he is ready to turn this state around.

The Supreme Court had on January 14, 2020 declared Senator Hope Uzodinma as the governor of Imo State, an action that ousted Chief Emeka Ihedioha from office.

According to him, in the next six months under Uzodinma as governor, “Imo State will be transformed because he has direct connection with President Muhammadu Buhari and we are going to partner fully with the government of Senator Hope Uzodinma.”

Nigerian serial fraudster, Ramon Abass, popularly known as Hushpuppi, has agreed to plead guilty to the money laundering charge against him. Hushpuppi, who is known for his luxury lifestyle, was arrested in the UAE in June 2020 alongside 11 of his associates over allegations bordering END_OF_DOCUMENT_TOKEN_TO_BE_REPLACED

The United Kingdom Parliament has said Nigerians under President Muhammadu Buhari administration are at the mercy of non-state actors who unleash attacks on individuals and communities at will. Members of the House of Lords, the upper chamber of the parliament; Caroline Cox, Rowan Williams, David END_OF_DOCUMENT_TOKEN_TO_BE_REPLACED

Some unknown gunmen, believed to be bandits, have killed the All Progressives Congress (APC) chairmanship candidate for the Kachia Local Government Area of Kaduna State, Alamkah Dominic Usman. The APC leader was shot dead along Keffi-Akwanga road in Nassarawa State on his way to Benue END_OF_DOCUMENT_TOKEN_TO_BE_REPLACED

Daud Olatunji   Men of the Ogun State Police Command have arrested an ex-convict, Jamiu Malomo, for allegedly killing a suspected sex worker, Azeezat Akande, 28. The incident occurred at Ilupeju community, Oke-Aregba, Abeokuta, after the 18-year-old suspect had sex with the victim. The state END_OF_DOCUMENT_TOKEN_TO_BE_REPLACED

Tokyo Olympics 2020 Nigeria’s quest on winning medals at 2020 Tokyo Olympic Games has suffered a huge setback as ten of the country’s athletes are ineligible to compete at the start of the track and field events on Friday in Japan. According to the statement from the END_OF_DOCUMENT_TOKEN_TO_BE_REPLACED