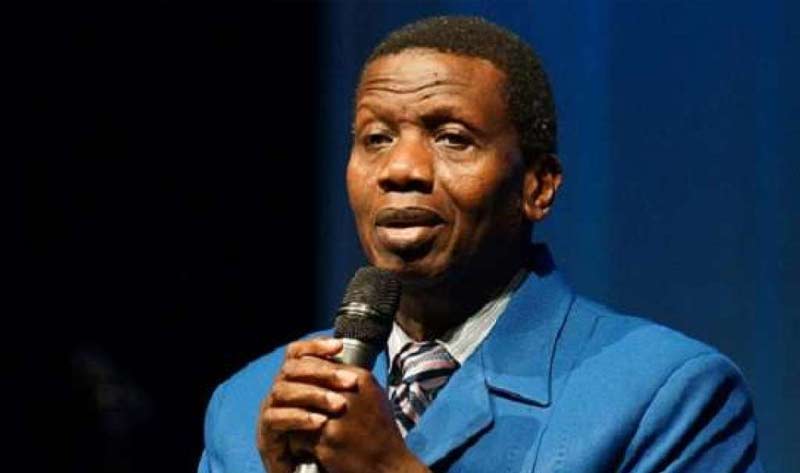 The General Overseer of The Redeemed Christian Church of God, Pastor Enoch Adeboye, has directed all members of the church to participate in the prayer and fasting programme as well as the prayer walk declared by the Christian Association of Nigeria to address a spate of killings across the country.

CAN President, Dr Samson Ayokunle, last week told journalists in Abuja that the prayer and fasting session which started on Friday was aimed at praying to God to end the killing of innocent Nigerians and give the government the capacity to overcome the criminals troubling the nation.

The association’s position came barely four days after Boko Haram executes the Chairman of CAN in Michika Local Government, Adamawa State, Pastor Lawan Andimi, who was abducted by the insurgents on January 3 and subsequently killed despite being offered a N50m ransom.

Ayokunle had announced that apart from the three-day prayer session, Christians would also embark on what he called a special prayer walk in all states on February 2.

Adeboye, in a memo dated January 29 and signed by the Assistant General Overseer, Administration and Personnel, Pastor Johnson Odesola, asked members to seize the opportunity of the programme to pray against the killing of innocent people in the country.

He also directed that church services should end early in all the parishes to enable members to take part in the walk which he said should hold within the immediate environment of the churches.

“The General Overseer has therefore directed that all members of the RCCG should participate in this prayer and advocacy with details as stated below:

“Prayer and fasting scheduled from January 31 to February 2, 2020. Since RCCG is currently on a fasting and praying programme, the prayer focus within this period should be against the gruesome killing of innocent people in the country and prayer for the government to develop capacity to overcome the criminals troubling the nation.

“All parishes of RCCG are enjoined to close the thanksgiving service early on Sunday (latest by 11am) and have members march round their immediate environment, praying for God’s intervention in the ongoing situation in Nigeria.

“Parishes with functional social media handles are enjoined to publicise this prayer and advocacy using appropriate captions and hashtags.”

Ayokunle had, while announcing the prayer and fasting programme, claimed that Christians had become endangered species in Nigeria.

Apart from the case of Andimi, he also cited the case of Rev Denis Bagauri, who was murdered by gunmen in his residence at Mayo Belwa, Adamawa State, and the beheading of 11 Christians, including a bride-to-be, by Islamic State in West Africa on Christmas Day in Maiduguri to buttress his point that Christians are mostly targets of the attacks.

He also mentioned the case of four seminarians of the Good Shepherd Catholic Seminary in Kakau who were kidnapped along Kaduna-Abuja Road recently.

He had said, “The CAN leadership has declared January 31 to February 2, 2020 as days for special fasting and prayer for Nigeria in all churches, home and abroad, for the gruesome killing of innocent Nigerians to stop and for our government to develop the capacity to overcome the criminals troubling the nation.

“February 2, 2020 is declared a special prayer walk by Christians in all the states in the form of a procession to be led by state CAN chairmen in their secretariats and pastors of churches in all churches in Nigeria.

“Churches should walk round their area, pray for God’s permanent intervention and help from all over the world so that all of us might not be consumed one by one.

“It appears our government is completely overwhelmed. The brutality of Nigerians is happening unabated daily.

“All bloc leaders, zonal and states chairmen, leaders of denominations and all Christians and concerned Nigerians should support and come out en-mass for the programme.

“The church is matching on and the gate of hell shall not prevail against it!”

Gunmen on Sunday reportedly attacked some members of the All Progressives Congress (APC) in Nnewi North Local Government Area of Anambra State, killing one of its members. DAILY POST gathered that the party members were holding a meeting of Uruagu Ward 3, in preparation for END_OF_DOCUMENT_TOKEN_TO_BE_REPLACED

The Zenith Labour Party Gubernatorial candidate in the forthcoming Anambra Governorship election, Dr Obiora Okonkwo has stated that he is ready to attract a minium of 10billion dollars worth of Direct Foreign Investment to the State from Russia if elected. The Anambra state gubernatorial hopeful END_OF_DOCUMENT_TOKEN_TO_BE_REPLACED

By Saxone Akhaine (Kaduna), Ahmadu Baba Idris (Birnin Kebbi) and Murtala Adewale (Kano)   Minister of Information and Culture, Alhaji Lai Mohammed (second left) with Emir of Argungu, Alhaji Sama’ila Muhammad Mera, while presenting the Instrument of Office to the Minister after his turbaning as END_OF_DOCUMENT_TOKEN_TO_BE_REPLACED