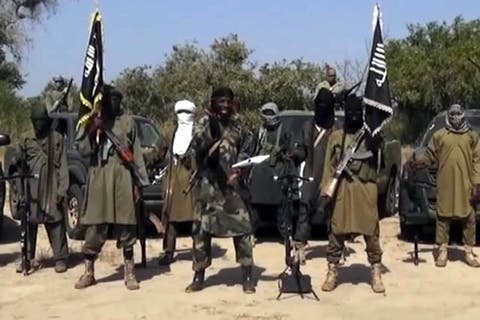 A girl detonated a bomb, killing three boys at an Islamic seminary in northeast Nigeria in an attack that bore the hallmarks of Boko Haram, a local militia and residents said Friday.

The girl, aged around 12, detonated the device late Thursday when open-air classes were on in Muna Dalti, on the outskirts of Maiduguri, the capital of Borno state.

She walked up to the group of boys who were just ending their lessons and “blew herself up in their midst,” Mohammed Bola, head of the anti-jihadist militia in the area, told AFP.

“She killed three boys and injured four others,” Bola said about the attack which happened around 1900 GMT.

Moments earlier, another young girl stormed into a house in the area and detonated her explosives, injuring one person, said resident, Salisu Mohammed.

“The house was totally destroyed. Luckily, no one was killed as the occupants of the house were outside chatting with neighbours,” he said.

The two bombers sneaked into the area together but split to attack different targets, Bola said.

The scene of the bombings, a popular night time venue for residents, has been repeatedly targeted by suicide attacks blamed on Boko Haram.

The jihadist group is notorious for suicide attacks on civilian targets including schools, mosques and motor parks.

In April, three people were killed and 33 injured in twin suicide blasts among a crowd in Muna Dalti which houses a sprawling camp for thousands displaced by the jihadist violence.

Another faction affiliated to the Islamic State focuses on military targets, although it has recently been blamed for attacks on civilians.

The decade-long violence has killed 35,000 people in northeast Nigeria and displaced around two million from their homes, creating a dire humanitarian crisis.

The conflict has spread to neighbouring Niger, Chad and Cameroon, prompting a regional military response to combat the jihadist groups.

Felix Onajite Delta State governor, Okowa and SSG, Chiedu Ebie Two top officials of the Delta State government have tested positive to coronavirus (COVID-19). The chief press secretary to the governor of the state, Mr Olisa Ifeajika, who made this known in a statement in Asaba on END_OF_DOCUMENT_TOKEN_TO_BE_REPLACED

JOHN ALECHENU and PETER DAVID Ahead of the governorship primary of the All Progressives Congress in Edo State on Monday (tomorrow) the party has dismissed the order gazetted by the state government that political parties must obtain approval of the governor to hold any political gathering. The END_OF_DOCUMENT_TOKEN_TO_BE_REPLACED

The coasts seems clear on Saturday with the clearance of Governor Godwin Obaseki to seek re-election on the platform of his new party, Peoples Democratic Party (PDP). The Hon. Kingsley Chinda-screening committee gave Obaseki a clean bill of health ahead of the PDP primary election END_OF_DOCUMENT_TOKEN_TO_BE_REPLACED

Davidson Iriekpen, Martins Ifijeh in Lagos and Ernest Chinwo in Port Harcourt There may be no respite in sight for Nigerians as far as Coronavirus is concerned if we take what the authorities are saying. Secretary to the Government of the Federation and Chairman, Presidential END_OF_DOCUMENT_TOKEN_TO_BE_REPLACED

Friday Amobi, Port Harcourt These are not the best of times for medical personnel not only in Nigeria but all over the world especially in countries where the global pandemic of Coronavirus is still raging. In some countries they have continued to live in denials END_OF_DOCUMENT_TOKEN_TO_BE_REPLACED